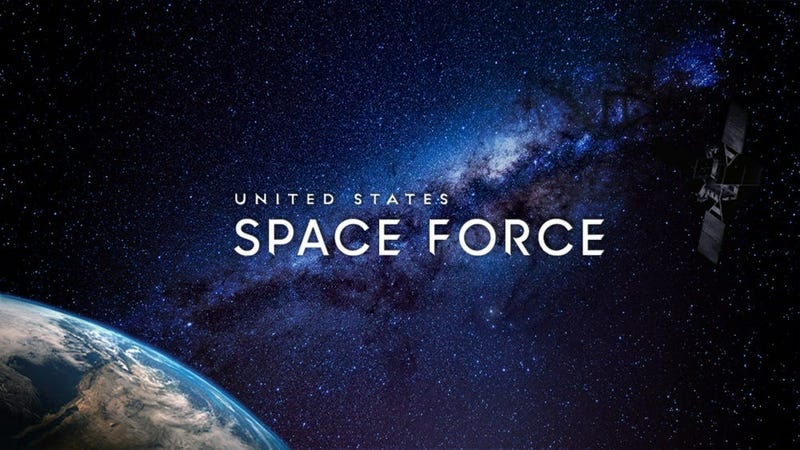 The Space Force is America's newest branch of service, announced in 2018, and formally established in 2019. "Space Force" is also the title of a comedy on Netflix that satirizes and parodies the current political climate. Now, some questions are emerging as to who owns the trademark to the name of the Space Force -- the U.S. government or the corporate entity that makes fun of it?

According to the official website the Space Force is the "military service that organizes, trains, and equips space forces in order to protect U.S. and allied interests in space and to provide space capabilities to the joint force."

The same site displays the Space Force emblem, with a red x through it, noting that, "The U.S. Space Force seal is reserved for internal, official use only and marked here to discourage unauthorized use." The emblem bears a remarkable similarity to the fictional Star Trek logo, although legal experts have argued that the two are different enough from one another that there probably is no infringement on trademarks involved.

As far as the trademark on the name, CBR points out that the U.S. government has taken few steps to secure their intellectual property, while Netflix has aggressively trademarked the name of their show.

"Because of the common moniker, though, the United States Space Force's first battle might be a trademark war fought in court, rather than in space," CBR reports.