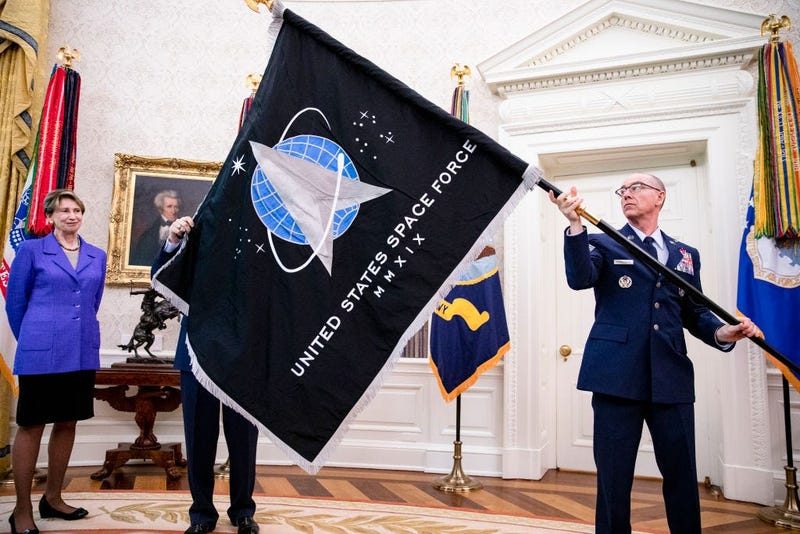 For the first time in more than 70 years, a president was presented with a new service flag.

The Space Force, America's sixth and newest branch of the Armed Forces, revealed its flag Friday during an event at the White House.

The flag was presented to President Donald Trump during a closed ceremony in the Oval Office Friday afternoon. The last time a flag of service was presented to a president was for the formation of the independent U.S. Air Force in 1947.

Unfurling the new Space Force flag in the Oval pic.twitter.com/PXVOmVQmcy

"Space is going to be the future," Trump said during the event, according to pool reports. "We're now the leader in space."

For the first time in over 72 years, @realDonaldTrump was presented with a new Service Flag for the sixth branch of the Armed Forces, the U.S. Space Force. @SpaceForceDoD pic.twitter.com/CRAfZ93BX5