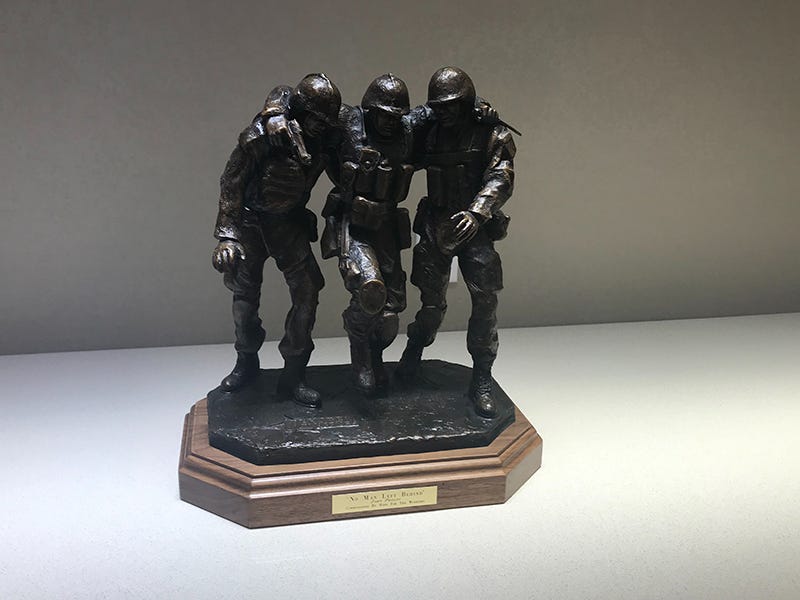 Vietnam veteran and Gold Star Father John Phelps knows a thing or two about battle, loss and the art of sculpting.

He used that unique vantage point to create “No Man Left Behind,” a memorial sculpture commissioned by Hope for the Warriors that honors those who have been wounded and injured in the line of duty and those who never made it home.

Phelps was on hand Wednesday at the National Museum of the Marine Corps In Quantico, Virginia to donate a 16-inch bronze replica of the statue to the Marine Corps Heritage Foundation to commemorate the 15th anniversary of the second Battle of Fallujah. 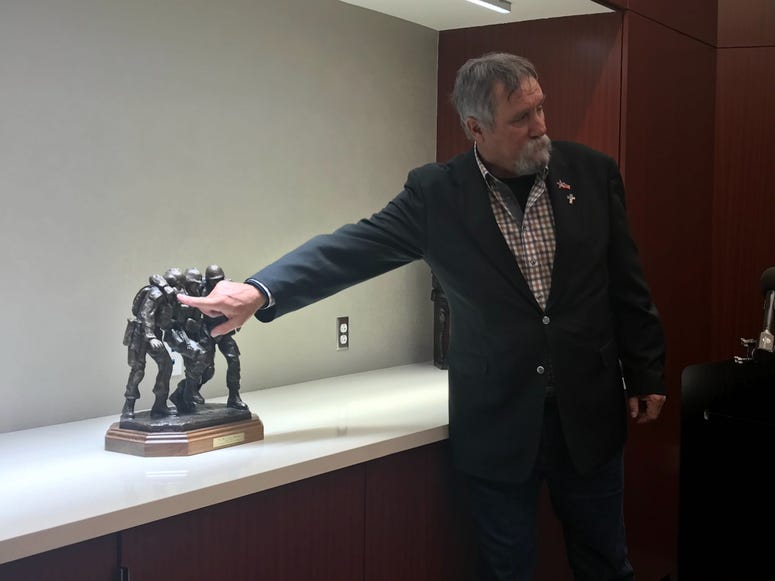 “I feel blessed to have been asked to do it,” he said. “It was from my heart.”

Robin Kelleher, president and CEO of Hope for the Warriors, said Phelps began working for the organization as its outdoor adventure coordinator.

“What we didn’t know was that John Phelps was an amazing and renowned artist and sculptor,” she said.

When funds became available for monuments to be placed at the organization's facilities at Camp Lejeune, North Carolina and Camp Pendleton, California, Phelps was commissioned to create them. 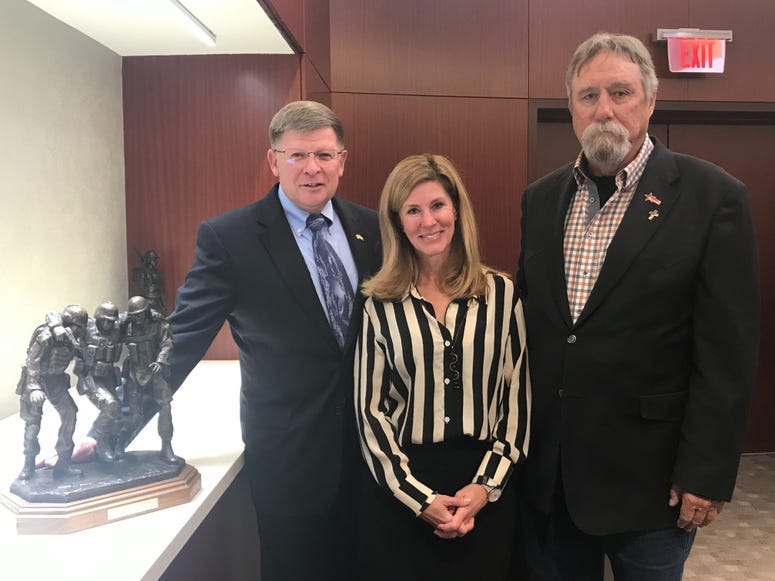 The original idea for the monument called for one Marine to be depicted, Kelleher said. But, after looking through pictures taken in Fallujah, one stood out: The Hell House picture, which depicts three Marines. One –1st Sgt. Brad Kasal – had been severely injured. Two other Marines had put their weapons down to assist him.

The memorials were ultimately based on that photo. Retired Maj. Gen. Jim Kessler, president and CEO of the Marine Corps Heritage Foundation, predicted the sculpture would become the iconic image of the wars in Iraq and Afghanistan.

The statue will be on display at the National Museum of the Marine Corps in Triangle, Virginia.