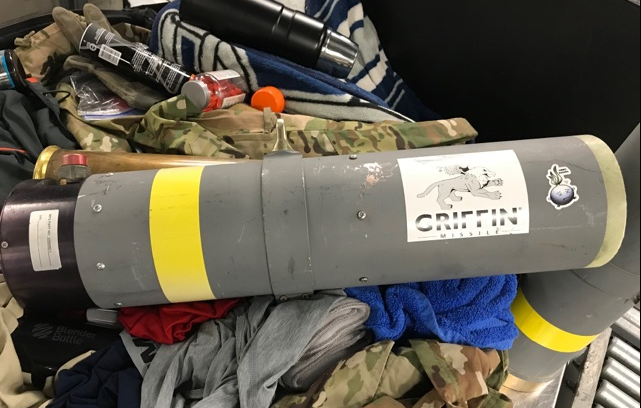 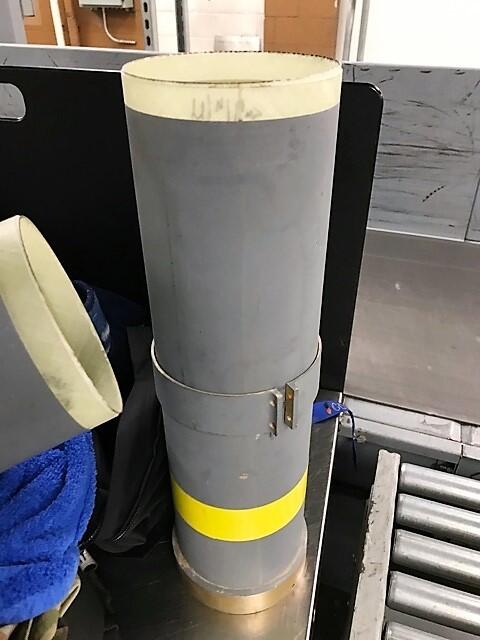 Officers immediately contacted airport police who tracked down the traveler and detained him for questioning, the TSA said in a press release. The man, who was a resident of Jacksonville, Tx., told the officers he was active-duty military personnel traveling home from Kuwait. He told them he wanted to keep the missile launcher as a souvenir. Luckily, the item was not a live device.

However, "military weapons are not permitted in checked or carry-on bags," the TSA said. It was confiscated and handed over to Maryland fire marshal for safe disposal.

The man was then allowed to catch his flight.