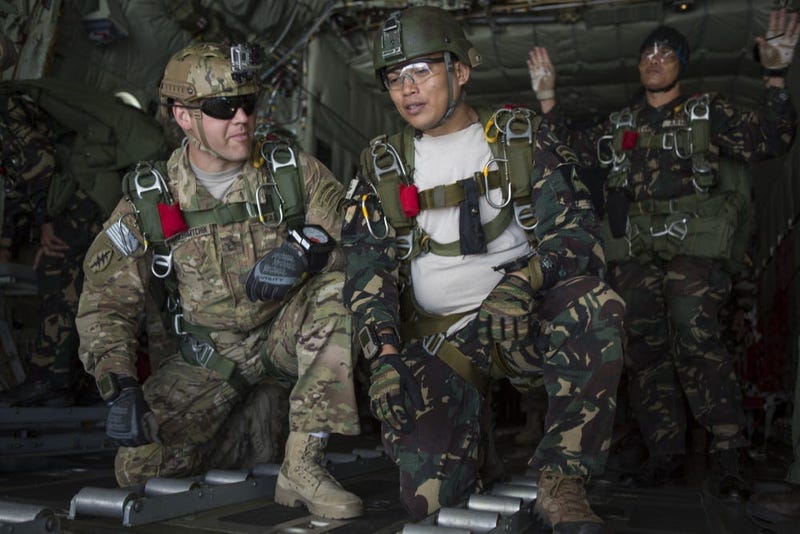 In recent years there has been a lot of talk in defense policy circles about shifting the focus of Special Operations Forces from their fixation on counter-terrorism over the last two decades to instead counter so-called "near-peer adversaries." Translating the Washington D.C. buzzwords and euphemisms, this means Russia and China. The recent Army Special Operations Forces (ARSOF) document titled "A Vision for 2021 and Beyond" offers a glimpse of what that may look like.

The document lays out the Special Forces mission and values, with an aspirational goal of being the nation's premier partner force that will train, advise, and assist various indigenous forces abroad. Some humility is present in that the document says this is not just something that becomes true because it is written in an Army document, but rather that this is something that Special Forces must earn on a day-to-day basis.

With the 75th Ranger Regiment advertising themselves as America's premier raid force, Special Forces now has an eye to be the premier partnership force. How this will play out in years to come will be interesting as nearly every branch of service has special operations and conventional units carrying out these types of missions.

The Army Special Operations vision for the future refers to the notion of "imposing costs" on the enemy, by disrupting their influence and operations abroad. This is a pivot from previous mission sets in Iraq, Afghanistan, and Syria where the mission was not just to degrade and disrupt, but also to destroy. However, the later capability still appears in the document even if it is not as prominent as it may have been ten years ago.

The Vision for 2021 document goes on to say, "we operate alongside the National Mission Force and Inter-agency/Intelligence Community partners to execute discreet, sensitive activities in support of national objectives." Translated, the document references Special Forces, Civil Affairs, and Psychological Operations units as being the backbone of SOF deployments, which others are built upon. Specifically it references here joint operations undertaken with Joint Special Operations Command (JSOC) and inter-agency or IA missions that are conducted with the CIA. These types of operations have been prominent in Syria, Iraq, Jordan, and Turkey in recent years.

Army Special Operations is going to have their hands full in the near future as they attempt to continue their legacy mission from the Global War on Terror while also paying attention to an even older legacy mission that goes back to the Cold War, squaring off with major threats emanating from powerful nation-states.

The intent is to, "deter conflict by out-maneuvering our adversaries across multiple domains simultaneously, expanding our physical access and influence. Once war becomes unavoidable, we leverage a robust network of JIIM partners and surrogates to produce effects against adversaries in complex, austere, and sensitive environments," it reads.

Particularly interesting is a blurb in the document which refers to how Special Forces sees their role through the year 2040. Army Special Operations will, "mitigate risk, deter, disrupt, or defeat hostile aggression, and gain time in order to set up strategic and operational options. By expanding partnerships with local irregular forces, Army special operations will allow the joint force to sense and create a picture of the adversary’s layered standoff system. When directed, ARSOF penetrate denied areas to disintegrate enemy anti-access systems thereby producing multiple physical, virtual, and cognitive dilemmas."

While this paragraph could be referring to a number of things including influence operations and building relationships with host nations, the mention of enemy anti-access systems is a reference to China's anti-access/area-denial strategy in the South China Sea. In order to defeat Chinese military systems designed to keep the U.S. military out of the Pacific, would Special Forces teams infiltrate into these contested areas to conduct acts of sabotage, thereby giving policymakers and military leaders both time to move resources as well as additional strategic options?

Special Forces appears set to go back to the future, anticipating a new type of Cold War.