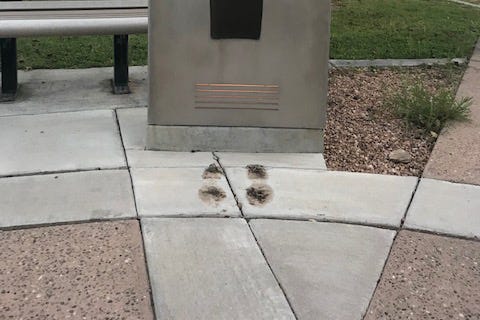 That’s after five pairs of military shoes made of bronze were taken from the Albuquerque memorial the night of Sept. 27.

“They were bronze shoes at the bottom of five pillars,” said James Lehner, vice president of the New Mexico Veterans Memorial Foundation. “Four pairs were men’s boots and one pair was women’s shoes.”

Constructed by the City of Albuquerque, the memorial sits on 25 acres and is comprised of various monuments and memorials honoring the nation’s service members and wars.

A post on the memorial’s Facebook page said the sole purpose of the shoes is to honor and memorialize those who’ve sacrificed it all and for all those impacted by the War on Terror. 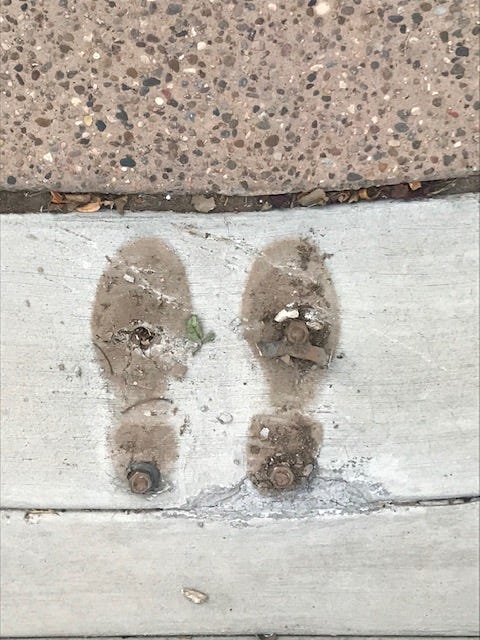 “They were bolted into the concrete,” he said. “I know they are worth multiple thousands of dollars.”

This isn’t the first time the memorial has been targeted by thieves, according to Lehner. An M16 helmet was also taken from the site’s Vietnam memorial.

“They are probably looking for an opportunity to sell the shoes," he said.

If you find the shoes, contact your local police department or the New Mexico Veterans Memorial Foundation at 505-256-2042.

Seabees save parts of USS Arizona to build memorials