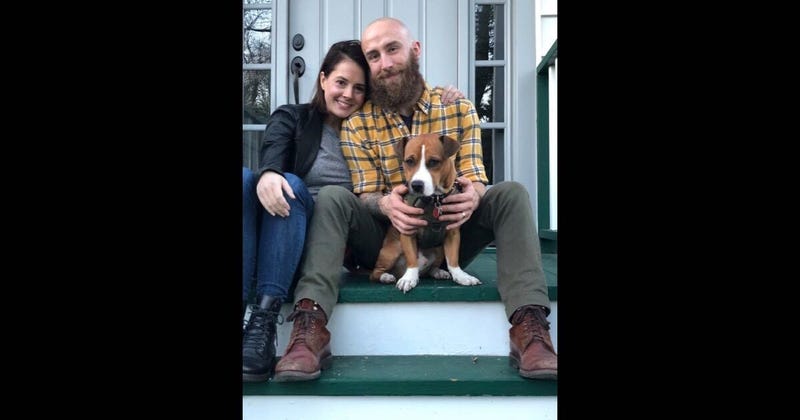 Tens of thousands of former soldiers could be eligible to have their discharges reviewed by the Army following a lawsuit settlement announced Wednesday.

The lawsuit filed against the Army by a class of former soldiers, argued that the Army needed major changes to its policies and procedures for reviewing discharge upgrade applications and review previous applications that were denied. The Army agreed to the settlement, which is still subject to federal court approval.

The Army specifically agreed to improve its guidance for reviews, making the process potentially more generous for veteran applicants, create a universal system for veterans to attend hearings remotely by phone and to review discharges for possible upgrades for post-9/11 vets and future generations.

"This is a watershed vindication of veterans' rights," plaintiff and Army veteran Steve Kennedy said in a statement Wednesday. Kennedy served in Iraq and is a founder of the Connecticut chapter of Iraq and Afghanistan Veterans of America (IAVA). "Not only will this have a practical impact on the lives of thousands of veterans, but this settlement will also signal that the federal government must be held accountable to its word to veterans."

The Army has administratively released more than 150,000 soldiers with other-than-honorable discharges since Sept. 11, 2001. Many of those have been rooted in relatively minor misconduct linked to undiagnosed PTSD, TBI, MST and other service-connected conditions. Some of those punitive discharges were over a soldier's suicide attempt, where the Army decided to expel them rather than provide care.

"These veterans sustained immense physical and mental wounds in service to this nation. The least the government can do is fulfill the promises it has made them," said Army veteran Kris Goldsmith, founder and president of High Ground Veterans Advocacy, whose own struggles with PTSD, and a bad-paper discharge (later upgraded) almost cost him his life. It took him 12 years to get the Army to upgrade his discharge to fully honorable, and each time he appealed he and the soldiers there to support him were forced to relive their trauma. Goldsmith's national advocacy has now in many ways made him "the face" of bad-paper veterans.

More than half a million veterans are living with other-than-honorable discharges, according to the Department of Veterans Affairs, most of them denied some or all major benefits such as the GI Bill, VA health care and others. About a quarter of all veterans receive a bad-paper discharge.

"This is forcing the Army to be proactive," Goldsmith told Connecting Vets Wednesday. "All of the review board agencies have been resisting finding justice for these veterans at every turn and for reasons that are, frankly, reprehensible. It's a lack of understanding of the medical issues that most often lead to these discharges ... The idea of imposing a lifetime sentence on someone is something that a lot of the members of these boards have been really cavalier about."

Though Defense Department policy since 2017 required "liberal consideration" for veterans who present evidence of PTSD or other related conditions in their discharge reviews, the review board routinely denied thousands of "bad-paper veterans" upgrades, and the policy clarification three years ago wasn't retroactive.

Army veteran Alicia Carson filed a lawsuit in 2017 challenging the Army's failure to follow Pentagon policy on those reviews. The settlement announced Wednesday means that veterans who submit applications for discharge upgrades should now be allowed reviews according to those policies, as well as some improvements.

Those changes include the review board informing veterans about their right to medical evaluations and potential resources for free legal counsel to help them in completing their discharge upgrade paperwork, making sure veterans have access to hearings remotely by phone, and better-documenting discharge upgrade denials.

"You can't have a homeless veteran from Washington travel to D.C. for a hearing like this," Goldsmith said. "We've had Skype and secure communications platforms at least as long as these wars have been going on."

Thousands of veterans who received their bad-paper discharges beginning on April 17, 2011, will now have a chance for a more fair review. Those reviews will be "automatic do-overs" for those who did not receive their requested upgrades, with the benefit of new policies and standards for the new review, said Josh Britt, a law student intern at the Veterans Legal Services Clinic at Yale, which represented plaintiffs in the lawsuit. The Army must also contact veterans who submitted applications for discharge reviews from Oct. 7, 2001 to April 2011, telling them they can reapply.

"This settlement both compels the (Army Discharge Review Board) to adhere to the law and provides veterans with the information they need to effectively navigate the process," Gary Monk, executive director of the National Veterans Council for Legal Redress, said in a statement.

"This characterization creates a barrier to accessing the mental health care and services they should qualify for at VA," Takano said in a statement to Connecting Vets Wednesday. "We already know that bad-paper discharges disproportionately impact minority veterans and that veterans not connected to VA are at an increased risk of suicide. By immediately granting reconsideration of discharge upgrades for thousands denied due process, this agreement provides much-needed hope for all veterans who were erroneously discharged."

A study released in March revealed that VA for decades unlawfully turned away thousands of veterans with other-than-honorable discharges -- leaving some of those most in need bereft of care.

VA officials told Congress in July that over the last 10 years, the department made more than 35,000 character of discharge (COD) decisions. Of those, 90% were denied for at least some VA benefits. At least 10,000 were denied medical benefits. Officials told Congress VA is working on revising its policies but those changes had not yet been published.

"For many veterans, this (settlement) could mean the difference between struggling with PTSD symptoms without adequate health care and finally receiving the benefits guaranteed by law," Britt said.

Veterans who are part of the class-action lawsuit will receive notice and will have the chance to attend the hearing in U.S. District Court. If the settlement is approved, those veterans will receive a notice describing their rights under the agreement, according to the legal clinic.

The settlement announced Wednesday applies only to the Army. The Navy is facing a similar lawsuit for allegedly falsely denying retirement disability claims to more than 16,000 veterans.

"There are probably a lot of sailors and airmen and Marines out there reading this who don't understand this doesn't apply to them yet," Goldsmith said. "It's a great victory for the largest force, and I hope this precedent is something that the judge weighing (the Navy) case is going to look at. We're finally seeing some progress toward DoD eventually having to clean up its mess."

Even more than that, though, Goldsmith said he hopes the timing of this settlement and a new incoming presidential administration could mean major military-wide change. Both President-elect Joe Biden and Vice President-elect Kamala Harris both said in their campaign platforms that they wanted to address bad-paper discharges.

"Knowing the history of Joe Biden and Jill and Hunter, I think this is an opportunity where we're going to have a president uniquely touched by this issue," he said. "Hunter was used a cudgel by the current president during that debate, trying to use his mental health issues as a weapon the same way the DoD has for 60 years."

A military bureaucracy turning a blind eye to struggling service members could be especially consequential amid the pandemic, Goldsmith said.

"I think about a veteran in his or her 70s, who is sick and at risk of COVID ... Are we really going to let something like the joint they smoked after they came home from deployment deny them health care as a pandemic sweeps this country?" he said. "Every star is aligning for this incoming administration to make some real serious changes, not just the passive bullshit we've seen the last few years."