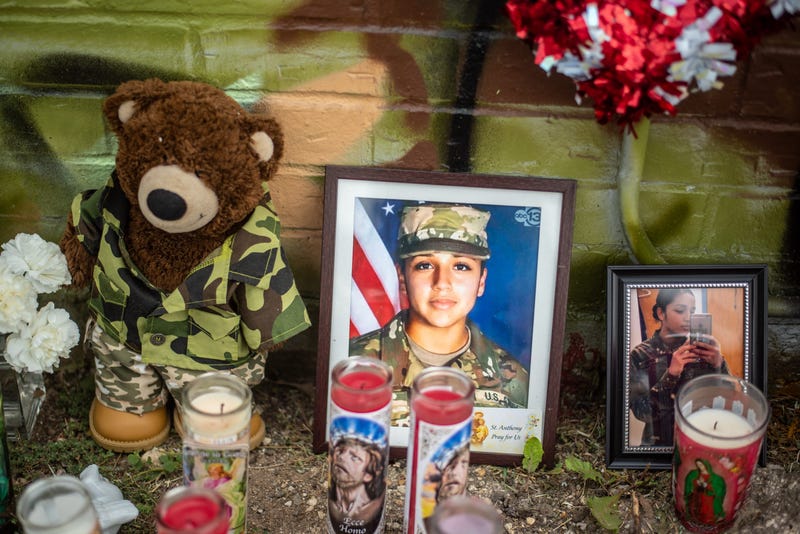 The defense team for Cecily Aguilar, a civilian woman accused of helping dismember and dispose of the body of Fort Hood soldier Vanessa Guillen, has delayed Aguilar's trial until the end of November.

First reported by the Austin American-Statesman, Judge Alan Albright delayed the trial at the request of Aguilar's defense who argued they needed additional time to prepare their case. Aguilar's hearing was originally set for Monday, Oct. 5.

Aguilar, 22, has been charged with three felony counts of conspiracy to tamper with evidence. She pleaded not guilty on July 14.

Federal and state investigators said Aguilar allegedly helped dismember and dispose of the body of 20-year-old Guillen after she was killed by her boyfriend, now-deceased Army Spc. Aaron Robinson. Aguilar cooperated with law enforcement in the lead-up to Robinson's suicide.

As Aguilar's conviction is deliberated, she has been denied bail. The Guillen family attorney, Natalie Khawam, says Aguilar already attempted to flee the country.

Guillen's murder sparked a resurgence in the military #MeToo movement across the country. Women veterans have come forward with stories of military sexual trauma using the hashtag #IAmVanessaGuillen, drawing attention once again to the widespread, systemic issues of military sexual assault and harassment.

The "I Am Vanessa Guillen" Act was officially introduced on the Hill on Sept. 16 by members of Congress and Guillen's family.

If convicted, Aguilar faces up to 20 years in federal prison.