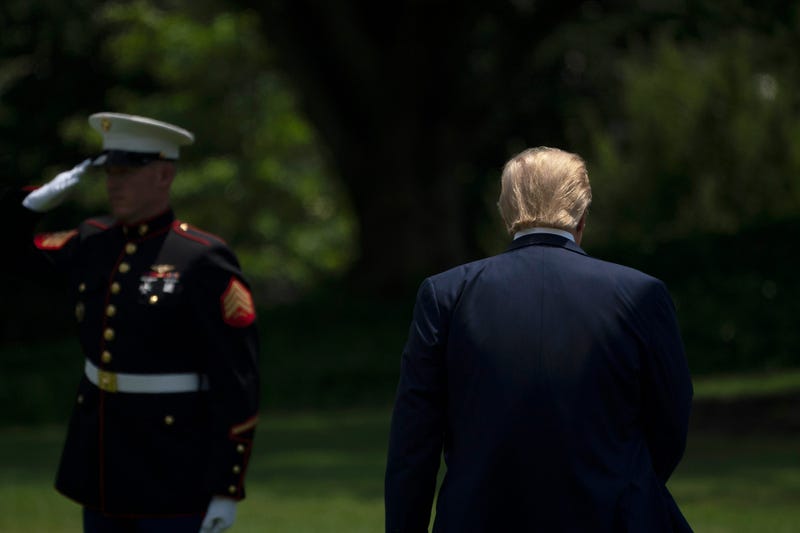 The 2021 Defense budget working its way through Congress includes a provision -- backed by both Democrats and Republicans -- that would mandate the renaming of the Army's 10 installations that bare the names of Confederate officers. Trump has said, and continues to say, that he may veto the Defense bill if it includes this provision.

"I'm not going to go changing them," Trump said in a Fox News interview Sunday.

On Friday, the Pentagon issued an effective ban on public displays of the Confederate flag after weeks of deliberation and public pressure to do so.

"Flags are powerful symbols," Secretary of Defense Mark Esper wrote in the memo announcing the new policy. "We must always remain focused on what unifies us: our sworn oath to the Constitution and our shared duty to defend the nation ... The flags we fly must accord with the military imperatives of good order and discipline, treating all our people with dignity and respect, and rejecting divisive symbols."

"They love their flag, it represents the South, they like the South," Trump said of the Confederate Flag. "That’s freedom of speech. And you know, the whole thing with ‘cancel culture,’ we can’t cancel our whole history. We can’t forget that the North and the South fought. We have to remember that, otherwise we’ll end up fighting again. You can’t just cancel all."

Similarly, Trump said the issue of renaming the Army's ten Confederate-tied installations is an issue of remembering.

The debate around renaming these ten installations resurfaced at the beginning of June following the killing of George Floyd that ignited a movement across the country against racial injustices. The Army originally said they would be open to "discussions" about renaming the installations -- before Trump announced that he would not consider it.

"The United States of America trained and deployed our HEROES on these Hallowed Grounds, and won two World Wars. Therefore, my Administration will not even consider the renaming of these Magnificent and Fabled Military Installations ... Our history as the Greatest Nation in the World will not be tampered with. Respect our Military!" Trump tweeted at the time.

The Defense budget Trump is using as leverage against the renaming currently encompasses $740 billion in Defense spending including a 3-percent pay raise for troops.