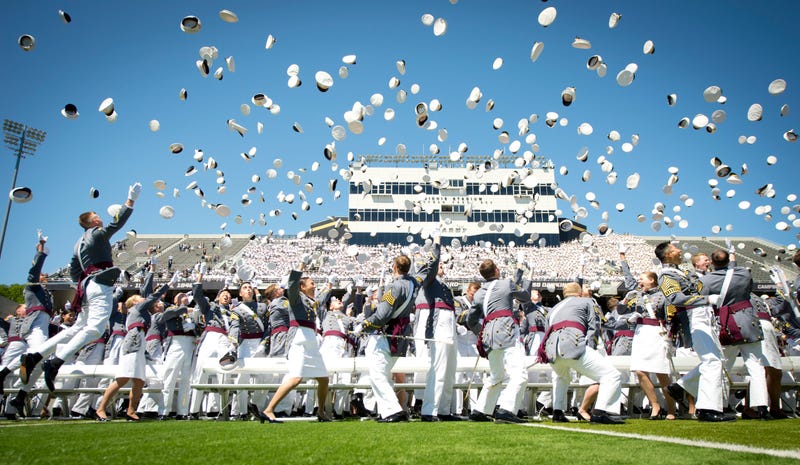 “We are honored to host the commander-in-chief as we celebrate the many accomplishments of our graduating class,” Lt. Gen. Darryl A. Williams, 60th Superintendent of the USMA said in a statement.

The June ceremony will mark Trump's first speaking engagement at the academy. But this, of course, will not be the only first at this year's event.

The commencement event will be designed to adhere to "current force health protection requirements."

What this means specifically has yet to be announced, pending a "thorough analysis" by academy leadership. At the Air Force Academy's commencement ceremony last weekend — attended by Vice President Mike Pence — cadets sat eight feet apart. No friends, family or "nonessential" personnel were allowed to attend. The ceremony was also held a month before its originally scheduled date.

Trump expressed during Friday's White House press briefing that — if similar spacing measures are taken at West Point — he won't "like the look" of it.

“I don’t want people to think that this going to be like this forever. But, for a period of time, we’re going to have to keep it that way,” Trump said.

Leadership at West Point is also currently working to determine the safest way for cadets to travel back to the New York campus. The academy's 4,000 students did not return after spring break and have been conducting online learning. The state of New York has around 242,700 positive cases of the virus.

“West Point continues to receive tremendous support from Army leadership during this unique time in its history and looks forward to commissioning the newest cohort of lieutenants into the ranks of the Army Officer Corps,” Williams said.