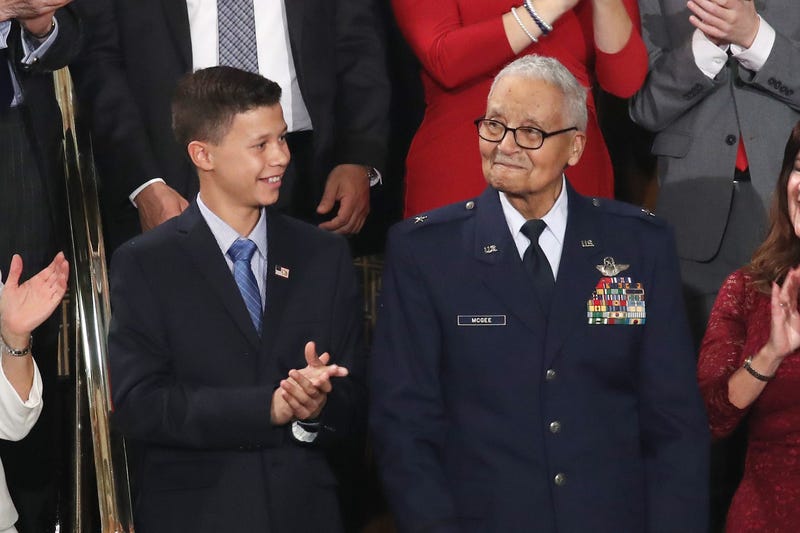 Half of the guests President Donald Trump invited to his third State of the Union address on Tuesday were veterans or Gold Star family members — but there were a couple of important surprise guests in the audience as well.

"In the gallery tonight, we have one of the Space Force's youngest potential recruits:  13-year-old Iain Lanphier, an eighth-grader from Arizona," Trump said.

The newly established Space Force is the first new branch in the United States Armed Forces since President Truman established the Air Force.

Lanphier was first in his class at an aviation academy — and one of the youngest. He plans to attend the Air Force Academy and then the Space Force, Trump explained.

"As Iain says, 'most people look up at space, I want to look down on the world,'" Trump said.

And where did Lanphier's skyward aspirations come from?

"Sitting beside Iain tonight is his great hero," Trump said. "Charles McGee was born in Cleveland, Ohio, one century ago.  Charles is one of the last surviving Tuskegee Airmen -- the first black fighter pilots -- and he also happens to be Iain's great-grandfather." 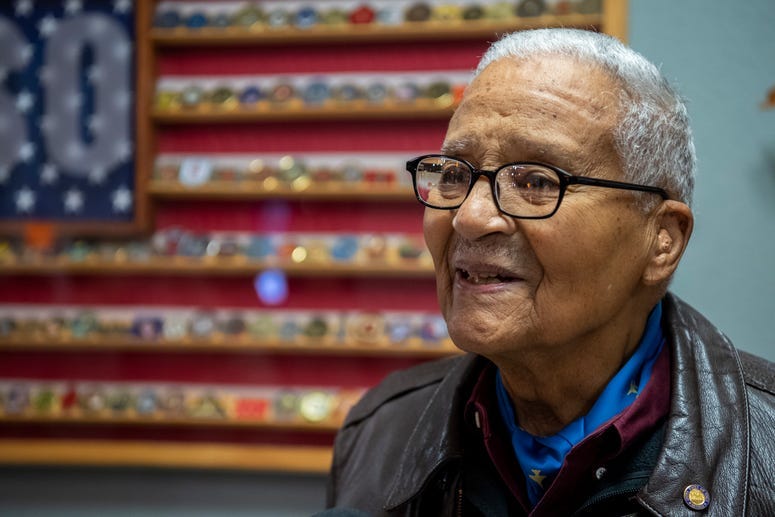 McGee flew more than 130 combat missions in World War II before serving in Korea and Vietnam. For his 100th birthday in December of last year, McGee flew again and this past Sunday, he was featured in the Super Bowl coin toss.

But even at 100 years old, McGee's military career isn't over — he was just promoted.

"A few weeks ago, I signed a bill promoting Charles McGee to Brigadier General.  And earlier today, I pinned the stars on his shoulders in the Oval Office," Trump said.

"General McGee, our Nation salutes you."