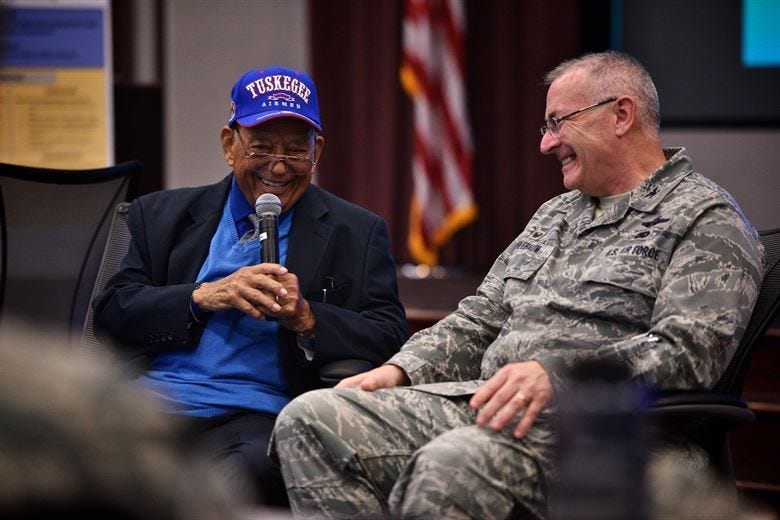 Retired Lt. Col. Robert Friend, World War II pilot and one of the last original members of the Tuskegee Airmen, died in a Southern California hospital Friday. He was 99 years old.

Karen Friend Crumlich, Friend's daughter, told The Desert Sun that Friend passed with "family and dear friends surrounding him with love and affection."

Friend was born in South Carolina on Feb. 29, 1920. His Air Force career spanned 28 years and included service during the Korean and Vietnam wars. During World War II, he flew 142 combat missions with the Tuskegee Airmen.

“He is truly a National Treasure who I will carry in my heart,” Friend's daughter said. “I promise to keep his legacy alive by telling his story to anyone who wants to hear it.”