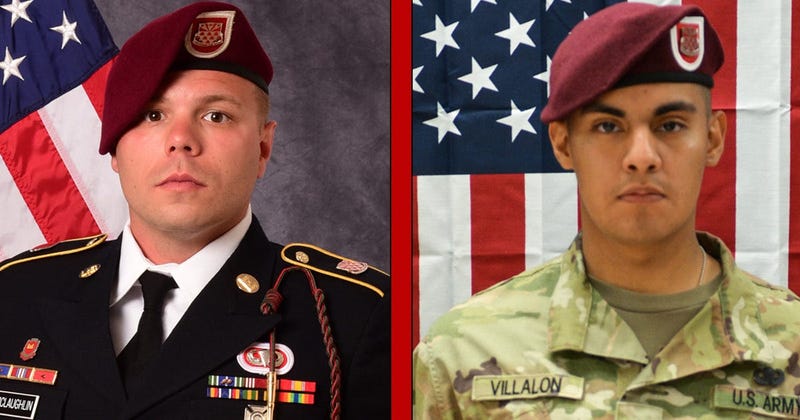 Two US service members were killed in Afghanistan Saturday when their vehicle hit a roadside bomb.

According to a press release from Operation Resolute Support, two other Americans were wounded in the attack.

"When our Nation called for its best Airborne Combat Engineers, SSG McLaughlin and PFC Villalon answered without hesitation. They lived their motto, "Essayons," and embodied the values of the All American Engineer. We now turn our focus to their families and loved ones, offering them comfort and assistance through this difficult time," said COL Art Sellers, Brigade Commander and CSM Reese Teakell, Brigade Command Sergeant Major.

The Taliban took responsibility for the attack which occurred in Kandahar, a southern region of the country.

More than 2,400 U.S. service members have been killed in Afghanistan since the war there began 18 years ago. Last year was one of the deadliest for the United States, with 23 American troops killed, even as Washington engaged in peace talks with the Taliban.

Insurgents now control or hold sway over roughly half of Afghanistan.