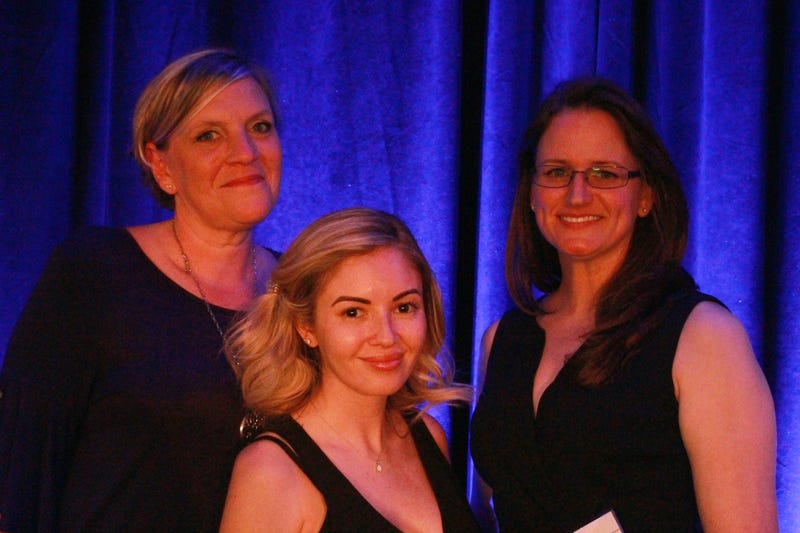 When Sonia Yulfo’s father, an Army veteran, was severely injured in a mortar attack in Afghanistan, her world turned upside down. At just 25 years old, she put her life on pause to care for the man who for the past 20-plus years had been caring for her.

“At Walter Reed, I saw the strongest man I knew laying before me: weak, vulnerable, and almost unrecognizable … I had packed enough clothes for two weeks but realized later on that I was gonna be there much longer,” said Yulfo.

Her father suffers from traumatic brain injury, post-traumatic stress, and injuries to his left leg. In her time caring for him, she put away dreams of continuing her education, until now.

Sonia is just one of seven recipients of the 2019 Pillars of Scholarship Program awarded by the University Of Maryland University College (UMUC). Established in 2013, the program honors caregivers of the nation’s ill and injured service members with full-ride scholarships.

This year’s awardees were highlighted during a ceremony at MGM National Harbor in Maryland Thursday. As a recipient, Sonia will be pursuing a Bachelors of Arts degree in psychology. After graduating she plans to further educate and serve the families of disabled veterans.

Thanks to partners including The Blewitt Foundation and the National Military Family Association, UMUC is giving military caregivers part of their identity back.

“When they call back or their partners call back, it has a ripple effect to say 'you’ve given my partner, my wife, my spouse, not only her dream, her willingness to live with me—for all of us to make it,'” said Richard Blewitt, founder of the The Blewitt Foundation.

The institution has a legacy of serving the military community from teaching service members overseas and post-war at home. University of Maryland University College has grown to now serving both service members and their families.

“Wounds or injuries sustained while serving, it is one's family that becomes the foundation in which you rebuild your life, or create a new one. And then you move forward together,” said Milo Miles, retired U.S. Army major general and senior vice president of Global Military Affairs at UMUC.

For Sonia and six others, thanks to UMUC and the Pillars of Strength Scholarship Program, they will be able to create an entirely new life of their own.

Want to get more connected to the stories and resources Connecting Vets has to offer? Click here to sign up for our weekly newsletter.
University of Maryland University College is a proud partner of Connecting Vets.