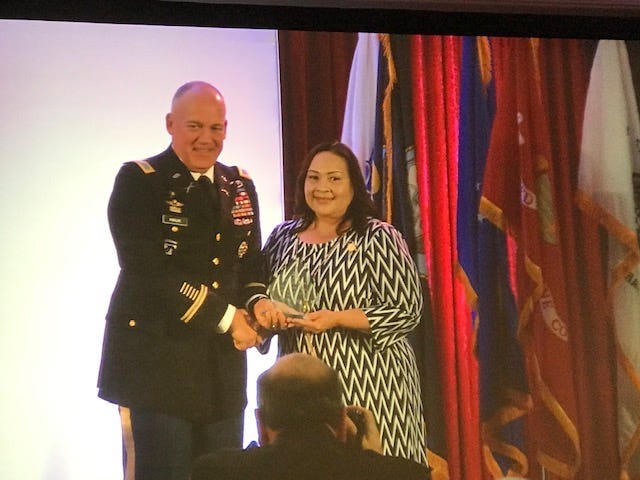 Military service, education, and love of family are the foundations on which retired Air Force Master Sgt. Marie Villegas has built her life.

Born and raised in Flushing, Queens, New York, Villegas learned about the importance of education early on from her parents who immigrated to the United States from Latin America for a better life.

“My parents made sacrifices,” she said.

As she and her sister grew up, their parents instilled in them a love of learning and a love for the country. So, it was only natural that Villegas enlisted in the Air Force immediately upon graduating from high school. 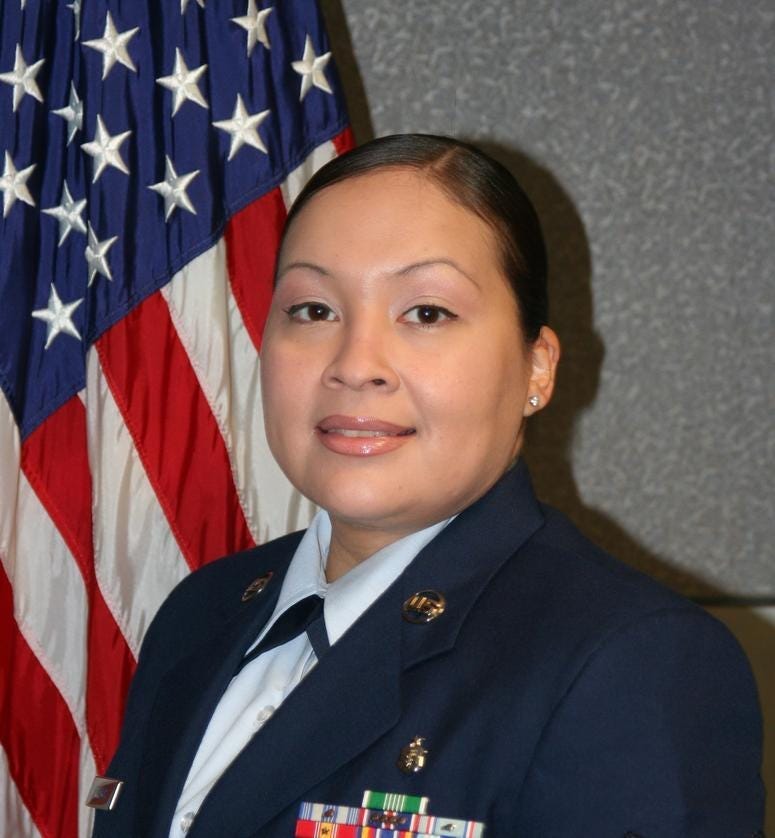 “It was a great honor to serve my country,” she said.

Villegas would spend her 20-year military career in the field of diet therapy and was stationed at various locations both in the continental United States and abroad.  In that role, she was responsible for overseeing inpatient feedings at military hospitals, outpatient nutrition clinical services, and hospital dining facility meals.

“My military experience taught me the importance of servant leadership,” she said.

Retiring in 2010, Villegas went to work as a government contractor while pursuing a master’s of business administration degree. Life was good, she said, until 2014. That’s when Villegas said her world was rocked in a couple of ways. She was let go from her job and received the news no loving daughter ever wants to hear: Her mother had been diagnosed with a terminal illness.

In Villegas’ mind, there was only one thing to do: Return home, help her family and spend as much time as she could with her beloved mom.

Of course, that meant putting her own hopes and dreams on hold for a bit – which Villegas did without a second thought.

“I will never regret my decision to place my education on hold,” she said.

Villegas said it’s taken some time to recover from the loss of her mother, but she’s now back in school and working full-time as she gets ever closer to earning her MBA at University of Maryland Global Campus.

“You can do anything you set your mind to,” she said.

Villegas was recently honored with the Gen. John W. Vessey Jr Student Veteran of the Year Award by UMGC.