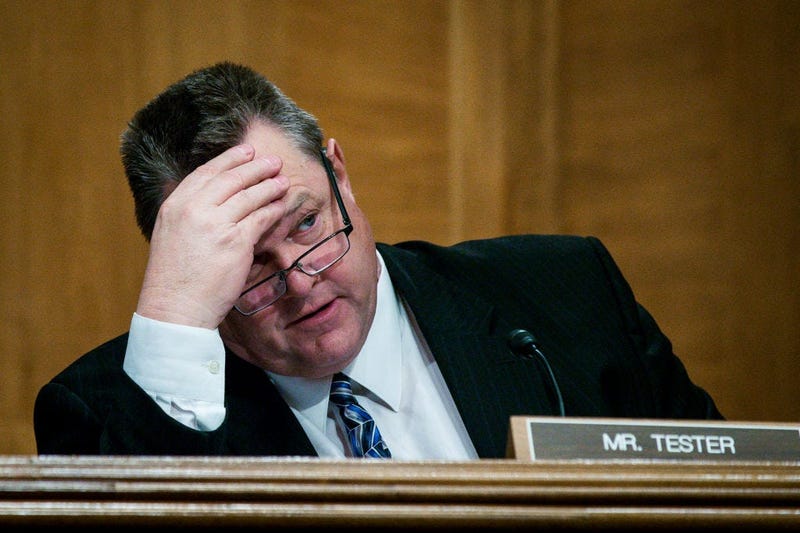 The Department of Veterans Affairs has more than 49,000 vacant jobs. Of those, more than 43,000 are in the Veterans Health Administration.

Those staff shortages mean veterans aren't getting the care they deserve at VA, Sen. Jon Tester, D-Mont., a leader on the Senate Veterans Affairs Committee, said in a letter to VA Secretary Robert Wilkie this week. Veterans can't get appointments quickly and high turnover means they struggle to build relationships with their doctors.

VA began reporting its vacancies in 2018, and since then, the number has only increased.

Since learning of the tens of thousands of vacancies, Congress has provided additional powers and incentives to try to help fill those jobs, Sen. Jon Tester, D-Mont., said. But the problem remains, and veterans suffer because of it, he said.

"I write today with serious concerns about how VA is making use of the numerous new authorities Congress has provided to help VA identify and address its persistent workforce shortage," Tester wrote. "Despite these new authorities, VA has yet to reduce the number of vacancies."

"Lack of sufficient medical and support personnel is partially to blame," Tester said.

Tester said he remains "consistently frustrated" that VA hospitals and clinics, "particularly those in rural areas, are dramatically understaffed."

Because VA is short-staffed, Tester said veterans across the U.S. "continue to face barriers to access the quality and timely care they have earned," adding that he regularly hears from veterans that "vacancies and constant turnover in VA facilities negatively impact how quickly they can get appointments as well as the quality of their relationship with their doctor."

Tester called on VA to provide answers on how the additional Congressional resources are being used and how it plans to address the staffing shortfalls.

"Veterans across the country continue to face the effects of an understaffed VA," he said.

VA spokesman Randal Noller told Connecting Vets that the department planned to respond to the senator directly, "but the fact is that every large organization is going to have what appears to be a large number of vacancies due simply to normal retirements and job changes."

The number of vacancies at VA "is a normal part of doing business and is not negatively impacting our ability to provide veterans care," Noller said. "The best indicator of adequate staffing levels is not vacancies, but veteran access to care and healthcare outcomes. By those standards, VA is doing well."

Noller said VA is seeing more patients more quickly "than ever before," has more employees than ever and has a larger budget than ever.

"Veterans are more satisfied with wait times than they have been previously," Noller said.

VA kept thousands of veterans' appeals in boxes, file cabinets instead of processing them, report shows