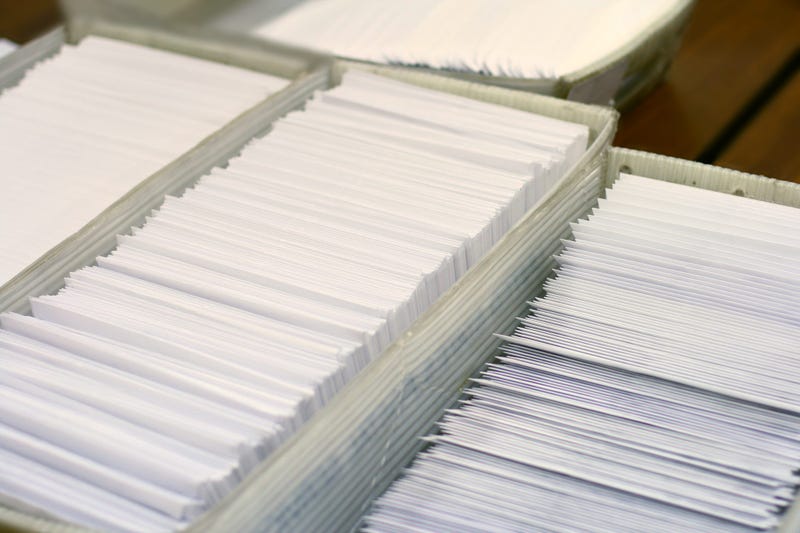 When a veteran receives care at a non-VA hospital, the veteran or their healthcare provider can file a claim with the Department of Veterans Affairs to be reimbursed for the cost of that care.

But if claims processors in the Veterans Health Administration Office of Community Care inappropriately deny, or fail to process those claims or subsequent appeals, veterans can be left with financial burdens, including debt.

An audit of the VHA Community Care Office showed that some of its facilities lacked any staff to process appeals and rather than sending them to another office that could, staff let them sit in boxes, file cabinets, cubicles and mailrooms unanswered -- some more than five years old. And leaders said they didn't know.

Not only did the VHA Community Care Office fail to decide appeals, with most of those it reported being "unprocessed" for nearly two years, it "did not know the extent of unprocessed appeals that were unaccounted for and stored in file cabinets, boxes and bins" at its own offices, according to a recent report from the VA Inspector General (IG).

Leaders lacked oversight of the appeals process and had not clearly defined roles and responsibilities of those tasked with managing those appeals claims, saying they didn't know the mailed appeals were stored in boxes, cabinets and mailrooms in various offices.

The IG audit detailed in the report took place ahead of the 2017 Appeals Modernization Act, which took effect in February 2019. The audit showed VHA was not fully prepared for that modernization, including developing and implementing all the required procedures for the required new appeals process and did not have the staff to process the appeals.

It was not until months later, in April, that the audit team revealed even more issues -- appeals were mailed to offices that did not have staff assigned to process them, and staff had not added them to the system.

The staff did not even use a standard system to record, track and monitor appeals until July 2018. It had no way of tracking its own workload, the report said.

"This meant that (the payment and operations management staff) could not reliably determine how many claim decisions veterans and providers appealed or how many appeals its staff completed," the report said.

In site visits to offices where the appeals were sent and should have been processed, the audit team counted appeals and conducted 70 staff and leadership interviews.

In Fiscal Year 2018, auditors found that the offices processed about 8 million non-VA emergency care claims and denied more than 900,000 of them or about 11 percent.

As of February, the offices said they had 13,935 appeals, and the audit team found that more than 12,000 of those were pending an average of nearly two years. Those claims ranged from $10 to more than $100,000, the report said.

But when the audit team visited 10 of the 80 total offices, they found more than 8,800 other appeal documents in file cabinets, boxes, cubicles and mailrooms that "staff had not accounted for" and "indicated that these were potential unprocessed appeals" that had not been recorded in the system, the report said.

At least two of those 10 offices did not have a single employee working on appeals.

Instead of transferring the appeals to another office with enough staff to process them, the offices stored the appeals in boxes and did nothing with them, the report said.

The appeals manager "said he was not aware that some facilities received appeals and stored them in boxes and file cabinets rather than processing them," according to the report.

Auditors concluded that the offices "had not completely or accurately identified pending appeals, which left veterans at risk of becoming financially liable for any wrongfully denied non-VA care claims," the report said.

IG made eight recommendations to improve the appeals management process, including finding and processing existing appeals, ensuring incoming appeals go to facilities staffed to handle them, provide staff clear direction and ensure staff have access to and use the appeals system.

The report noted that the VA Office of the Under Secretary for Health "concurred" with most of IG's recommendations.

VA has made several changes to its appeals tracking process, which contributed to a "45 percent reduction in the overall backlog of appeals since August 2018," VA spokeswoman Christina Mandreucci told Connecting Vets.

Those changes included reducing the number of locations processing appeals from 82 to 13, expanding use of an appeals control and locator system to improve "tracking, managing and reporting" appeals and revising its appeals-related policies and procedures, including enhancing staff training.