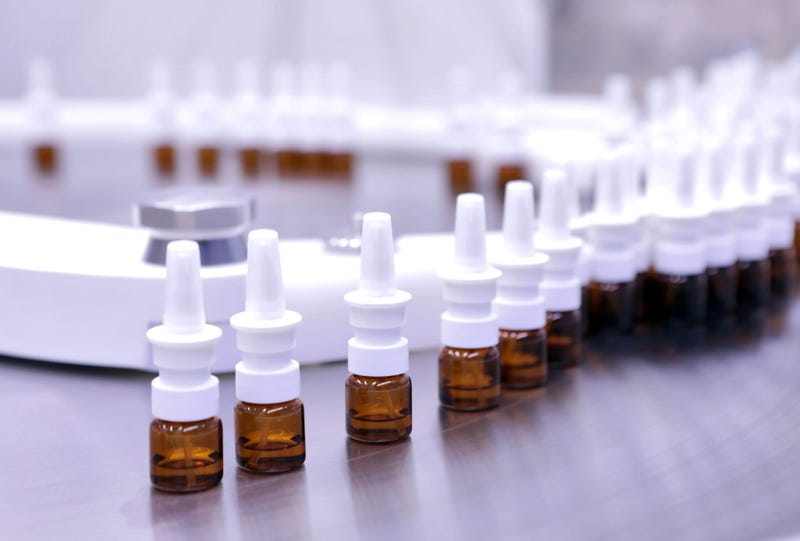 The Department of Veterans Affairs faced criticism last summer when it fast-tracked approval for a drug used to help veterans with treatment-resistant depression that some said hadn't been fully tested.

Spravato, the brand name for the drug esketamine, a derivative of ketamine, has been used as a recreational drug and also to treat depression in some instances. Spravato is produced by a subsidiary of Johnson and Johnson. It is meant for adults with severe depression and suicidality that has not been responsive to other treatments. It's said to be so fast-acting the results can be felt in fewer than 24 hours.

Reports last summer cited critics who said President Donald Trump and others may have influenced the VA to fast-track incomplete clinical trials of the pricey medication, including meeting with VA Secretary Robert Wilkie, offering to help make a deal to get the drug.

House Veterans Affairs Committee Chairman Rep. Mark Takano, D-Calif., said last summer he was "incredibly alarmed" by the reports that Spravato was being "rushed through critical reviews and may be prescribed to veterans before fully vetting the potential risks and benefits." He called the fast-tracking "suspicious."

"Questions remain about the ultimate impact on the health and safety of veterans, who should not be made into a 'test case' while the clinical community continues to gather data about this treatment," Takano said at the time. "We demand that VA provide documents and information about its review and contracting process to adequately address critical questions — including whether VA officials were pressured by the White House or the Mar-a-Lago 'three' to prescribe this drug to veterans."

An FDA joint advisory committee voted 14-2 last year to approve the drug for public release, defending the drug in The New England Journal of Medicine as a “novel treatment for a severe and life-threatening condition.”

But the drug has had controversial reactions from academics and health care professionals, who say its effects are not fully understood and side effects -- including suicidal ideation -- have been ignored.

VA is already calling use of the drug "successful."

"The rollout of the drug has been successful due to VA's implementation plan," Richman said, which included monitoring veterans on the drug for safety and launching the medication at sites that had previous experience using ketamine treatment for mental health concerns

VA also rolled out a detailed study of the drug, criteria for its use, guidance, informed consent and formulary status to its facilities nationwide. Hospitals and clinics using the drug are subject to site visits and VA continues to circulate more and more information on the drug and its uses, Richman said.

So far, doctors and patients "indicated that the treatment is being well-tolerated," Richman said.

Reported side effects or other negative events associated with the drug so far include: dissociation, transient elevation in blood pressure and heart rate, headache, nausea, vomiting and sedation, he said.

But none of the side effects have been enough to convince veterans or their doctors to stop treatment, Richman said.

"None of the side effects reported to date have been intolerable enough to cause the veteran or treatment team to decide to stop the esketamine treatments," he said.

Patients who are prescribed Spravato must be monitored by medical staff, adding to the already expensive drug, which can cost thousands per course of treatment.

Spravato comes in two- and three-dose packages. For the VA, based on its contract with Johnson and Johnson, the cost per dose is about $218.68, or $437.34 for the two-dose package and $656.03 for the three-dose package, VA spokesperson Ndidi Mojay told Connecting Vets last year.

One of the most common and significant concerns with many antidepressant medications is the potential to increase suicidal thoughts.

Of the 15 veterans receiving eskatmine treatment at VA so far, there has been one report of a veteran who experienced "brief, transient increase in suicidal ideation" a few minutes after he or she administered the drug "while under close monitoring" according to federal requirements, Richman said.

The veteran did not have an "active plan or intent" to hurt themselves, "but out of an abundance of caution, the veteran was admitted to the inpatient psychiatric unit for overnight observation," Richman said.

The veteran remained stable and "with improved overall mood symptoms and no return of suicidal ideation," he or she was discharged home with family the next day, he said, and continued as scheduled with the next dose of the drug two days later "which was well-tolerated and without adverse events." All later treatments for that veteran also went well and "they are benefiting from the treatment with an overall reduction in suicidal ideation and improved mood and functioning."