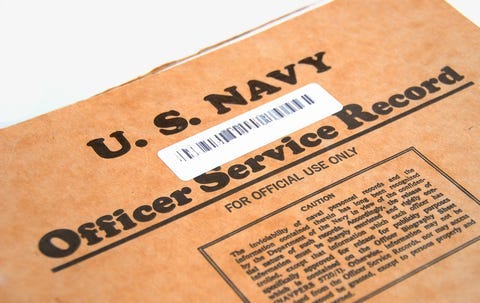 For decades, the Department of Veterans Affairs "unlawfully" turned away thousands of veterans with other-than-honorable discharges -- leaving some of those most in need bereft of care, according to a recently released study.

The “Turned Away” study was conducted by the Veterans Legal Clinic at the Legal Services Center of Harvard Law School, Veterans Legal Services and a law firm on behalf of OUTVETS, a veteran service organization for LGBTQ vets. The report uses government data collected through Freedom of Information Act requests, painting a stark depiction of veterans in crisis refused the care they've earned.

One of those was Marine Corps veteran Dwayne Smith, who shared his story for the report. While Smith survived an Afghanistan deployment, he almost didn’t live through his transition out of service.

With both signature wounds of the wars in Afghanistan and Iraq -- post-traumatic stress disorder and a traumatic brain injury -- Smith went to VA for help.

But VA turned him away.

When VA staff found that Smith had an other-than-honorable discharge, they shut him out again and again, the report said.

Smith was discharged from the military for what he said was self-medication to cope with his PTSD, and for leaving his post when a family member was diagnosed with cancer.

Each time Smith sought care and was turned away, VA was violating the law, the report says.

The law required VA staff to help Smith apply for health care, ensure his application was properly reviewed, a written eligibility decision issued and that he knew his appeals rights.

It took Smith years, with the help of a pro-bono lawyer, before he could apply and be approved for VA health care and benefits.

And he’s not alone.

Smith is one out of a majority of veterans with so-called “bad-paper” discharges who are not enrolled in VA health care, many because they were rejected by VA, according to the report.

In addition to those turned away over the years, the report estimates another 400,000 are at risk of being rejected by VA “from services they may be entitled to” because of misunderstandings or misapplication of the law by VA.

“Many frontline staff at VA healthcare facilities have improperly turned away former service members seeking health care, telling them that they are ineligible due to their military discharge statuses — without even allowing them to apply,” the report says. “This is not just unfair, it is unlawful. It is time for VA to stop this cycle of misinformation and stigma and to honor that every person who has served in the military has a right to apply for VA care."

More than 13,000 troops who were recently removed from the military with other-than-honorable discharges have PTSD, traumatic brain injuries or other service-connected health conditions, according to a 2017 report from the Government Accountability Office.

The National Veterans Council for Legal Redress and the Yale Law School Veterans Legal Services clinic argue that as many as a third of the 2 million veterans of Afghanistan and Iraq may have service-connected mental health concerns. Veteran service organizations including Vietnam Veterans of America have reported that as many as 13 percent of post-9/11 veterans have bad-paper discharges.

Those discharges are given for misconduct that can range from serious crimes adjudicated in military courts, to insubordination and other infractions that never see a courtroom -- military or otherwise.

Advocates have called on VA and the Defense Department for years to address the needs of a vulnerable population, including providing VA benefits the agency itself says are life-saving.

VA has repeatedly said that veterans outside VA are more likely to die by suicide than those under VA care.

Veterans with bad-paper discharges have higher rates of mental health conditions, suicide, homelessness and unemployment, the report says. Many have service-connected disabilities. Some received bad-paper discharges because of military sexual trauma, sexual orientation or sexual identity.

“Veterans with bad paper, therefore, are some of the veterans most in need of VA’s healthcare services -- yet they are being wrongfully excluded from those services without due process,” the report says.

Veteran Kris Goldsmith was discharged after surviving a suicide attempt that the Army characterized as "misconduct."

He spent more than 10 years trying to get his discharge upgraded. It finally came through last year with help from a lawyer. Goldsmith is chief investigator and associate director for policy and government affairs for Vietnam Veterans of America and he's become an advocate for veterans like him.

"That's what I've been fighting for all this time -- to make sure every veteran is afforded the opportunity to survive the way I did," Goldsmith told Connecting Vets.

VA says suicide prevention is a top priority, "but saying isn't doing the work," he said. "Doing the work is getting people into VA health care and that is something they have utterly failed at ... Every administration since the 1980s has allowed this problem to fester and more vets to die by suicide."

VA officials did not provide the number of benefits decisions the department has made that involved bad-paper discharges but said VA has done more to reach other-than-honorably discharged vets in the last few years “than ever before.” One of those efforts was sending nearly half a million letters to those veterans with information on mental health benefits they may qualify for.

To send those letters, VA used their home addresses listed in Pentagon records, which could be decades old, dating back to service during the Vietnam, Korean or Gulf wars. Some of them may even have gone to the homes of the veterans' parents.

Veterans with bad-paper discharges can lower their risk of suicide if they receive mental health care, according to a report from the American Journal of Preventative Medicine last year.

But in 2018, just 2,580 veterans with bad-paper discharges got care at VA, the department said last year.

"It's thanks to VA that I'm still alive today," Goldsmith said. "PTSD left untreated is a death sentence and VA is complicit in allowing veterans to die because of their lack of dedication to really fixing this."

According to VA policy, every veteran has the right to apply for benefits regardless of their discharge status. And each of those veterans has the right to receive a written decision on their benefits and information on how they can appeal that decision.

Veterans with other-than-honorable discharges can be eligible for VA health care for service-connected disabilities, up to 90 days of emergency mental health treatment, bereavement counseling and more -- as long as they’re not turned away first.

"It's hard to tell someone to keep fighting," Goldsmith said. "But what people should know is they've got allies in the fight."

He pointed to veteran service organizations, veteran legal services such as those that helped author the report, and journalists willing to help those able to share their stories.

Since 1980, more than 575,000 troops have gotten bad-paper discharges. About 81 percent of those were not discharged by court-martial.

"The biggest mistake of the 20th century was allowing this many veterans to become this vulnerable because of administrative discharges," Goldsmith said.

Many veterans with bad-paper discharges who appeal the decision spend years in the process, like Smith and Goldsmith. The military review board overwhelmingly denies those requests.

A Vietnam veteran with a bad-paper discharge had to deal with his PTSD for 50 years alone after he was denied by VA, the report says. He would eventually receive his benefits, but only with a lawyer’s help.

At least part of the problem stems from inside VA, according to internal documents obtained for the report.

A training manual at the Pittsburgh VA used just thumbs-up or thumbs-down emojis in descriptions of honorable or general discharges and other-than-honorable or dishonorable discharges, among other examples of, at best, unclear or unspecific guidance for VA staff.

The report provided multiple recommendations for how VA can improve its staff training, oversight and guidance on helping veterans receive the benefits they’re entitled to, including outreach to the thousands of veterans it turned away unlawfully.

"What this (report) gets down to the root of is VA's lack of seriousness in addressing suicide prevention in ways that really matter," Goldsmith told Connecting Vets. "The longer they wait ... the more men and women will die."