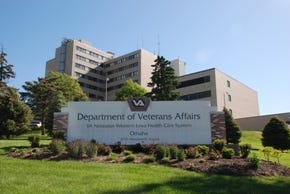 The trust that veterans have in the health care they receive from the Department of Veterans Affairs is at an all-time high.

“These improvements are a testament to not only VA’s investment inpatient experience programs but also the dedication of our employees,” said VA Secretary Robert Wilkie in a release. “Even during a pandemic, our VA team has continued its steadfast commitment to delivering the highest quality care for our nation’s veterans.”

The VA has received more than 4 million surveys from veterans since it began its Veterans Signals customer feedback program in June of 2017.

The program asks veterans about the care they received and to rate their trust in the VA.

Around 3.5 million of the veterans who have responded to the survey over the past three years said they “agreed” or “strongly agreed” that they had trust in their health care.

According to the VA, since the survey began, 68 percent of the comments it has received have been complimentary; 18.9 percent have been “concerns” and 13.3 percent are recommendations.

VA uses the survey feedback at the national, regional and local levels to make improvements in the way it provides care and services.

Survey results have led to improvements in the customer experience at VA clinics and hospitals and to new training programs for employees. Additional staff has also been hired who are available for customer assistance at help desks and in hallways at VA facilities, it said.