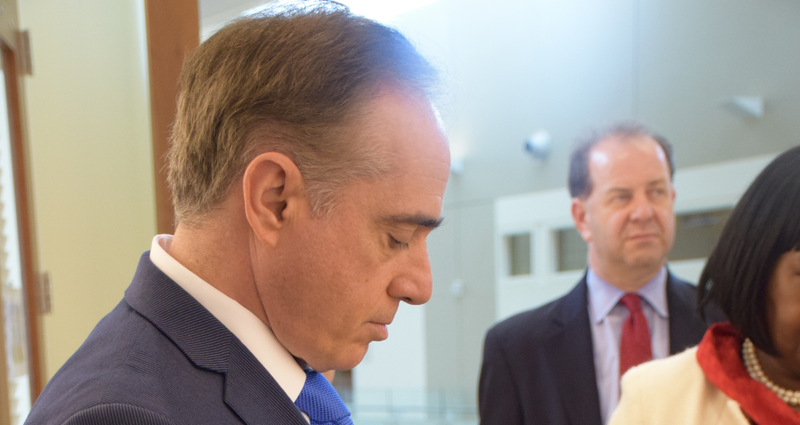 Mr. Shulkin, who was fired by President Trump in March 2018, ignored warnings as secretary not to allow his security detail to drive his wife without him in the vehicle, the report said.

Investigators said Mr. Shulkin insisted the transportation was done as a favor on his driver’s personal time. The report said such a favor constitutes a gift under ethics rules and that Mr. Shulkin shouldn’t have accepted the offer.

“Secretary Shulkin violated federal statutes and regulations prohibiting the misuse of government property and the acceptance of certain gifts when he allowed his VA employee driver to provide transportation to [his] wife for nonofficial purposes,” the report states.

Mr. Shulkin also was the target of an earlier IG investigation that found he shouldn’t have accepted tickets to a tennis match at Wimbledon for him and his wife. The official trip to Europe was heavily criticized as a taxpayer-funded sightseeing excursion for the couple.

Beyond Mr. Shulkin, however, the inspector general said he found that the VA mismanaged the secretary’s protection division dating back to at least 2015. The report found a lack of written security procedures for responding to threats such as an active shooter, and detailed security lapses such as an agent sharing the secretary’s travel plans with unauthorized personnel, and equipment glitches in the protective division’s duress signaling system.

The VA’s acting assistant secretary for Human Resources and Administration agreed with the report and recommendations for improving security for the secretary’s office. The IG said he will work with the agency to develop and implement a specific action plan.