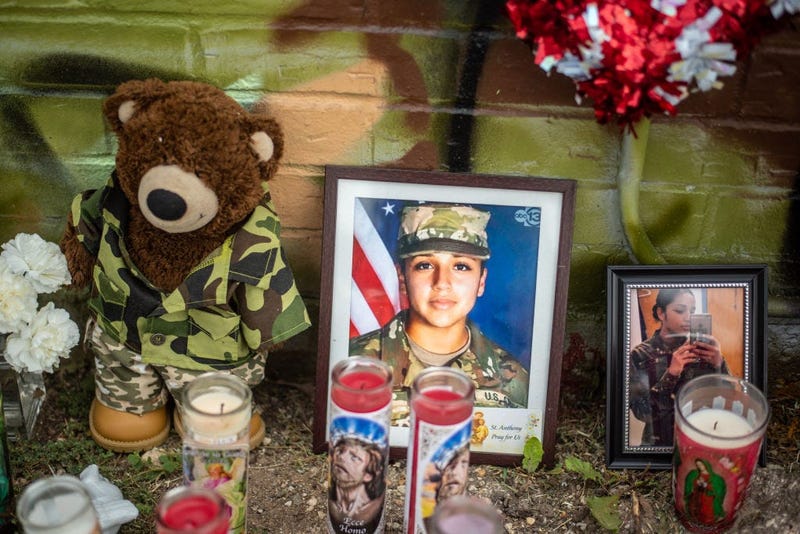 Spc. Vanessa Guillen's family was invited by the White House to meet with President Donald Trump later this month.

The family also plans to announce the introduction of a bill in Congress in honor of the murdered Fort Hood soldier during their trip to Washington, D.C.

The family is expected to meet with the president July 29, their attorney, Natalie Khawam, told Connecting Vets. The next day, Khawam will stand in front of the Capitol and announce the introduction of #IAmVanessaGuillen legislation in memory of the slain soldier aimed at preventing sexual harassment and assault in the military. Khawam declined to share more details about the bill, or which member of Congress would sponsor it, ahead of the July 30 announcement.

Women veterans and service members around the world have called for justice in the wake of Guillen death -- not just for their murdered sister soldier, but for all women in the military who face sexual harassment and assault.

Guillen's family said she told them she was sexually harassed by a fellow soldier before she was killed.

"We're not only tired of the injustice but we're committed that this is it. This is the end," Air Force veteran and advocate Pamela Campos-Palma told Conntecting Vets. "We're not going to play games anymore. We're going to really take stock of our power ... It is on Congress. It is on those people on the Hill to stop giving us crumbs and make a genuine overhaul of the system.

"We continue to be treated as expendable and America's daughters and sons should not have to worry about the enemy being the very people that are supposed to protect them."

She was last seen in the parking lot of her Regimental Engineer Squadron Headquarters, 3rd Cavalry Regiment. Her car keys, barracks' room key, ID and wallet were all found in the armory.

Aguilar was arrested July 1 and charged by civilian authorities with one count of conspiracy to tamper with evidence in connection with Guillen's disappearance, according to a Justice Department statement about a criminal complaint.

Elizabeth Howe contributed to this report.