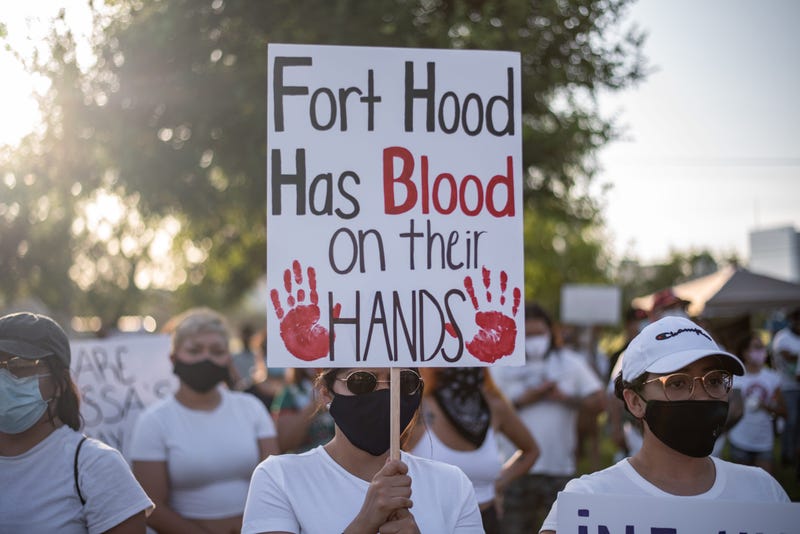 Spc. Vanessa Guillén's family visited Fort Hood -- the installation where Guillén was murdered -- this week to discuss the designs for a new gate that will be named in Guillén's honor.

"Vanessa’s life was a catalyst for us to implement action to improve trust, discipline, and teamwork across our formations," a statement from Fort Hood commanding general Lt. Gen. Pat White read.

"One of the reasons we invited the Guillén family today was to discuss and review design concepts and survey a proposed site of a gate we plan to name in Vanessa’s honor," the statement continued. "Their input is important for our final design that will come to fruition over the next few months."

The gate will lead to the 3rd Cavalry Regiment area where Guillén served and was allegedly killed by fellow soldier Spc. Aaron Robinson.

"The gate is accessed by thousands of soldiers, civilians and families every day," White said.

Responses to "Guillén Gate" have been mixed.

The whole thing just feels gross. Her whole life is reduced to a gateway to where she was murdered? 😬

The gate's proximity to Guillén's place of work and death has also conjured up less than ideal connections -- such as the ease with which Robinson could have moved Guillén's body off-post if such a gate had existed nearby.

Guillén's gruesome murder allegedly at the hands of a fellow soldier and possibly involving another soldier's estranged spouse ignited a firestorm of criticism for the Army and Defense Department's handling of her disappearance and sexual harassment and assault allegations in the military. Now, the military's "#MeToo" movement is blazing.