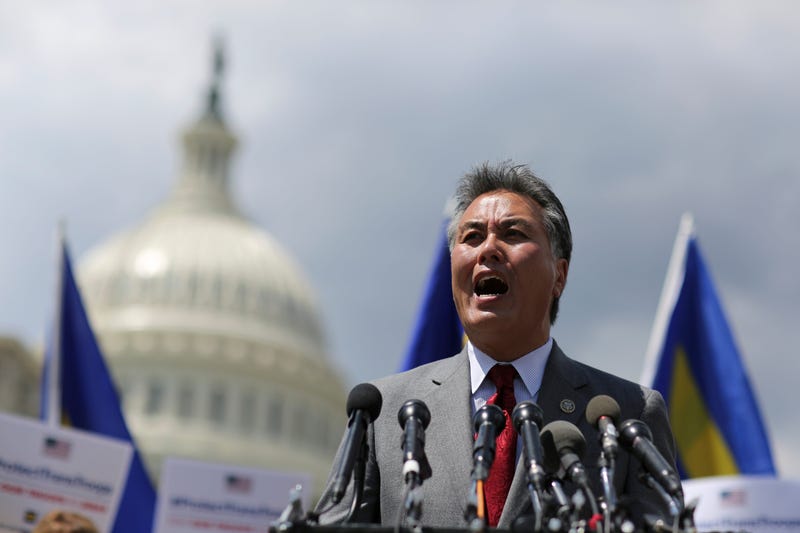 The lines were drawn before debate began Thursday on a proposed bill to provide federal dollars to community groups aiming to combat veteran suicide.

Top VA leaders and Republicans on the committee have increasingly pressured Chairman Rep. Mark Takano, D-Calif. -- first to hold a hearing on the bill, then to bring it to a swift vote. That vote was held Thursday, and an amended version of the bill moves forward to the House floor after a vote that fell largely along party lines.

VA Secretary Robert Wilkie personally lobbied on behalf of the Republican-backed version of the bill at multiple Congressional hearings and in news releases and other communications. Other VA leaders have followed suit and done likewise in recent weeks -- which some called unusual given the relatively small bill.

Takano accused Wilkie of impropriety in lobbying Congress at a previous hearing.

On Thursday, back-and-forth on the proposed grant program reached a head when the bill came up for debate and a vote in committee. Lawmakers argued over dueling versions of the bill -- the original offered by Republicans, the amended substitute proposal offered by Democrats.

Original bill supporters said their version created a pilot program to provide grants to community groups that could help hard-to-reach veterans in areas underserved by VA, or far from VA services.

Opponents to the Republican-backed version said the bill didn't include enough oversight for the federal money or of the groups it would be awarded to.

The underlying issue remains the rate of veteran suicide -- 20 per day, an amount that has remained relatively constant -- and how 14 of those 20 did not receive VA care in the two years leading to their deaths.

Takano offered his amendment to substitute Michigan Republican Rep. Jack Bergman's existing bill with several changes to increase accountability for the cash and of the groups that could get it, he said. Minority members also offered several amendments that were voted down by the majority.

This came after both sides worked behind the scenes to reconcile a version of the bill both could agree on. Takano said his amended version of the bill included compromises requested by Republicans, such as upping the grant award amount, increasing the number of grants, reducing the initial grant match amount and more.

Ranking member Rep. Phil Roe, R-Tenn., said Takano's proposal was "not really a compromise" because it limited the grants too severely. "I know that's an outcome that won't lead to anything but more loss of life ... I know you don't want that," he told Takano, adding that many organizations in rural or remote areas of his district "have no chance" of qualifying for grants under the chairman's version.

The breaking point on the bill for Roe, leader of the Republican side of the committee, was Takano's version not allowing the grant money to be used for clinical care, reserving the right to perform clinical care for VA and its contracted providers. Roe warned that if the proposal did not include funding clinical care, he would not support the overall bill. He voted against "with a heavy heart," he said.

"We can keep insisting on doing like we have always done -- and we can keep losing 20 men and women by their own hands every day for another two decades," Roe said. "As a doctor, as a veteran, as the ranking member of this committee, as a human being -- it is unfathomable to me that we would explicitly prevent (vets) that we know are at risk of harming themselves from receiving care through this or any program intended to serve them."

Takano argued there had to be "oversight" and "accountability" of the VA's "limited resources."

"By allowing VA to responsibly partner with community organizations already serving veterans, we can begin to reach those veterans not using VA healthcare," Takano said. "My compromise language builds on the public health approach while ensuring VA’s valuable resources are leveraged in a responsible, accountable manner to reduce veteran suicide and reach veterans in need."

The bill passed out of committee by partisan vote but still must head to the House floor and then the Senate before moving to the White House for final approval, making it likely negotiations over the grant program could continue into 2020.

"This is not a perfect beginning, but it is a beginning," Takano said.