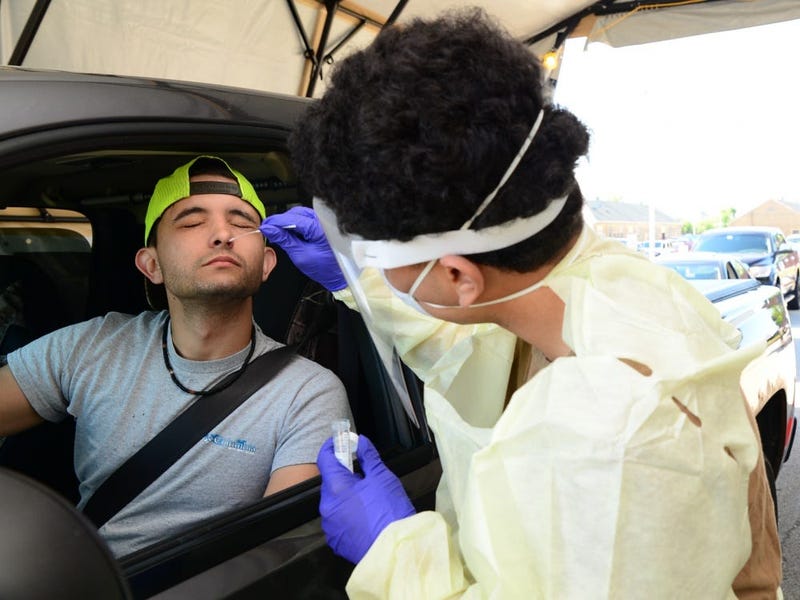 The Department of Veterans Affairs surpassed 20,000 cases of the coronavirus and 1,500 deaths across its hospitals nationwide this week, as infections spike.

In June alone, VA has seen its number of active COVID-19 cases more than double to 3,169 as of Friday afternoon.

On June 3, VA saw its lowest number of active cases since the pandemic began, with 1,252 after those cases had fallen steadily for weeks, VA Press Secretary Christina Noel told Connecting Vets. But as June wore on, active cases began to climb again, more than doubling in a few weeks.

Friday marked the first time since April the department reported more than 3,000 active cases of the virus -- a more than 153 percent increase from June 3.

The department has a total of 20,590 cases, 15,849 of which are considered "convalescent," meaning those patients have recovered or it's been at least 14 days since they tested positive.

Those 20,590 cases represent about 7 percent of the 297,478 COVID-19 tests the department has administered nationwide.

At least 1,574 VA patients have died of the virus, the department reported, or a death rate of about 9 percent -- higher than the about 6 percent death rate for virus cases among all Americans, according to data from the Centers for Disease Control and Prevention.

Among department employees, 2,083 tested positive as of Friday and 39 employees have died of the fast-spreading virus. Employee cases and deaths have also continued to increase in recent weeks.

VA's increase in active cases originates primarily from "hotspots" in Texas, Arizona, Florida, California and South Carolina -- areas that have seen significant increases in June among all patients, not just veterans. Active cases at VA are spread across at least 129 of the department's medical centers.

But VA officials have argued that the increases don't necessarily represent increased stress on the department's system of hospitals and clinics, since hospitalizations among VA patients have held generally steady recently at about 24 percent, much lower than the 38 percent from March, Noel said.

The department also still is planning to begin resuming normal operations at some of its medical centers, enforcing mask wearing and social distancing. In emails to veterans, several VA medical centers warned that vets who show up to hospitals or clinics without face coverings will be provided masks. If they refuse to wear them, their appointments will be rescheduled as telehealth appointments, online or by phone.

"What the second and possible third waves of this virus will look like depends on us – and whether we take these precautions seriously and are vigilant in our efforts even if others around us do not," some of the emails read.

Are you a veteran, family member or VA employee dealing with the coronavirus? Contact Abbie Bennett: abbie@connectingvets.com or @AbbieRBennett. If you require secure communications, email abbierbennett@protonmail.com.
Want to get more connected to the stories and resources Connecting Vets has to offer? Click here to sign up for our weekly newsletter.