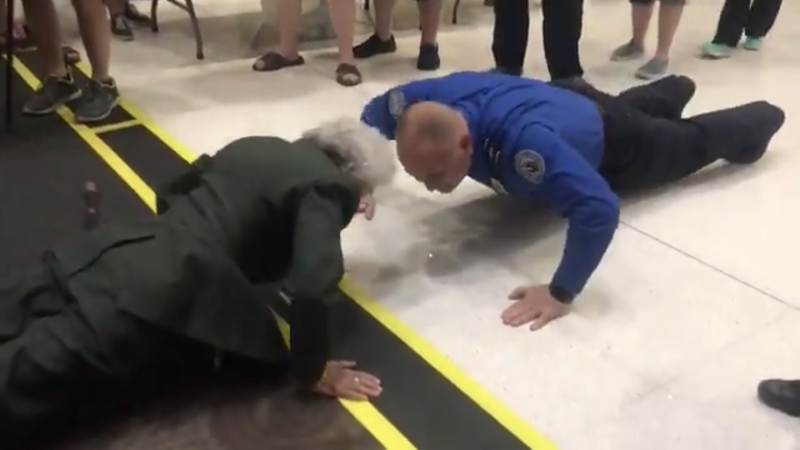 A viral video of a woman who claimed to be a Vietnam War nurse challenging a TSA officer to a pushup competition is now getting called into question as an organization has alluded to her lying about her military service.

84-year-old Maggie DeSanti claimed to have served in Vietnam as a nurse and was one of 23 veterans who visited Washington, D.C. as part of the Arizona chapter of the Honor Flight Network.

Before the group’s plane departed the airport, cell phone footage captured the woman completing 10 pushups alongside a TSA officer. The video went viral online and was later covered by many news networks.

On Honor Flight's Facebook page, the group asserts “a veteran who participated in a recent Honor Flight trip may have misrepresented or embellished their military service.”

In 2018, a post from the military blog, This Aint Hell, claimed DeSanti was a “phony Army nurse,” noting the awards she wore on her Vietnam-Era uniform, a Silver Star, proved their stolen valor claims.

In 2007, Former Army Sergeant Leigh Ann Hester became the first woman to receive the Silver Star since World War II for her exceptional service in Iraq.

Honor Flight Arizona claims this is the first time in its 11-year history one of their participant’s service history has been called into question.