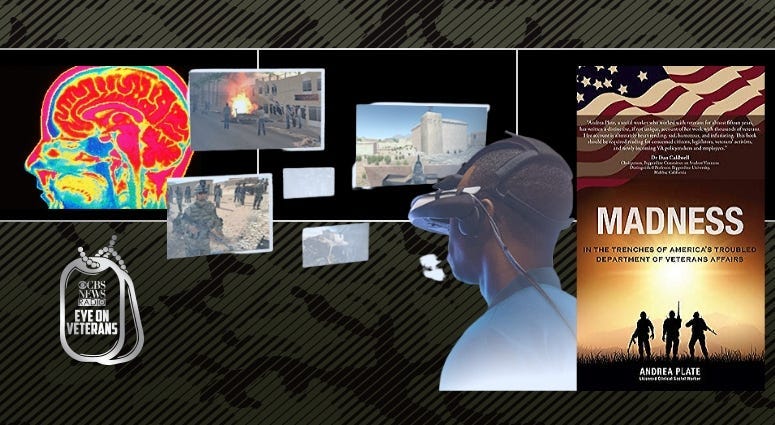 In this episode of CBS Eye on Veterans:

Can medical professionals effectively treat PTSD with video game technology? Dr. Skip Rizzo, Director of Medical Virtual Reality (VR) for the Institute for Creative Technologies at the University of Southern California, believes it can.  During his interview, he describes the VR system currently being used at some VA facilities where patients confront traumatic memories and learn how to overcome them. Rizzo also addresses recent reports that suggest “Prolonged Exposure” therapy may not be the most effective way to treat PTSD. 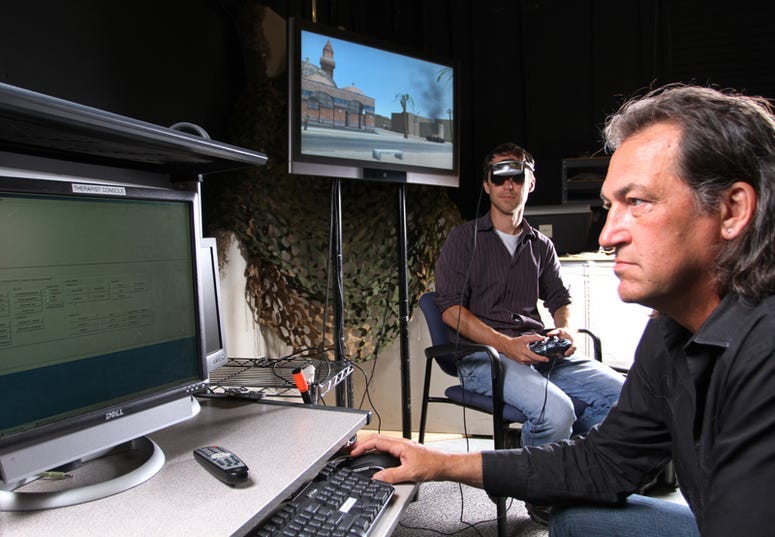 Above: StrongMind, a revolutionary virtual reality therapy program that leverages cutting-edge technology to make therapy not only as effective as possible but also more appealing to younger generations.

Author Andrea Plate was once a child actor in Hollywood but, after growing up in the turbulent Vietnam War protest era, she became a Social Worker at the West Los Angeles VA.  For 15 years she treated veterans from several eras.  Her book “Madness, In the trenches of America’s troubled Department of Veterans Affairs" describes her experiences helping veterans overcome addiction, homelessness and the invisible wounds of war. Plate gives us a candid look at; the problems of the VA, how to curb suicide, the opiate crisis and she shares some heartwarming and miraculous moments she witnessed. 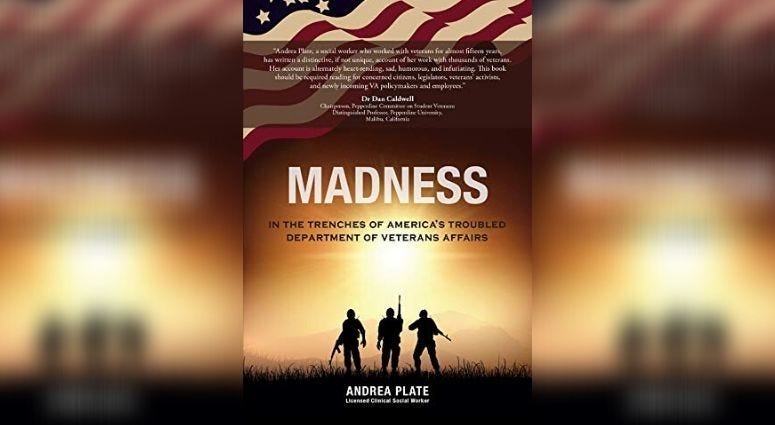 Click here for more episode of CBS Eye on Veterans