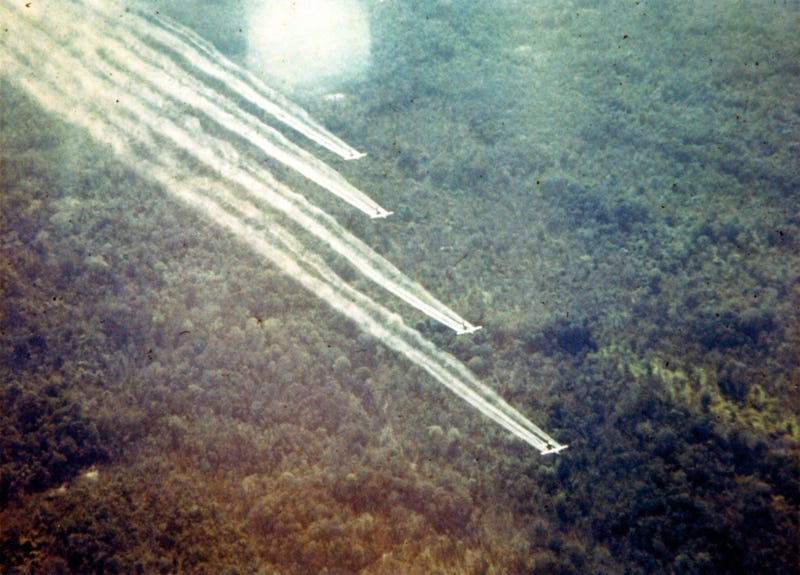 Twenty veteran service organizations representing millions of veterans and their families are calling on the Department of Veterans Affairs to expand disability benefits to veterans exposed to Agent Orange.

"We call on you to immediately add the four pending diseases recommended by the National Academy of Medicine ... to the Agent Orange presumptive disease list," a letter from the major VSOs addressed to VA Secretary Robert Wilkie reads.

An Institute of Medicine report in 2016 found evidence that bladder cancer, hypothyroidism and symptoms similar to Parkinson's disease have likely links to the toxic herbicide. In 2018, the National Academies of Sciences found evidence linking hypertension, or high blood pressure, to Agent Orange as well.

That deadline has long passed. It's been seven months, and thousands of veterans are still waiting for VA to deliver on its promise.

Expanding the list of health conditions presumed to be caused by Agent Orange exposure could provide disability pay and health benefits to more than 80,000 veterans.

Attempts by Connecting Vets to get an update from VA officials on whether the department had a forthcoming decision are consistently met with the same statement: "VA has no announcements on Agent Orange presumptive conditions at this time."

Two years ago, then-VA Secretary David Shulkin decided to add more diseases to VA's list of health concerns that qualify a veteran for Agent Orange disability benefits, but, as first reported by Military Times' Patricia Kime last month, White House officials stood in Shulkin's way, according to documents obtained by a veteran through the Freedom of Information Act provided to Connecting Vets.

"We are especially concerned by the recent release of internal documents that indicate administration officials challenged the previous Secretary’s authority to add these four diseases and may have even impeded action," the letter from the VSOs reads. "Even more troubling is the possibility that the administration is outweighing the cost of adding these diseases over those veterans in need of VA benefits and health care. Three of these pending presumptive diseases have been held up for more than three years, leaving affected veterans, family members and survivors waiting.

"Mr. Secretary, the men and women who served in Vietnam were exposed to Agent Orange and far too many have suffered harmful effects scientifically linked to that exposure. We call on you to end the wait by adding bladder cancer, hypothyroidism, 'Parkinson-like symptoms' and hypertension to the list of Agent Orange presumptive conditions for disability benefits immediately."

The VSOs who came together to send the letter to Wilkie are: