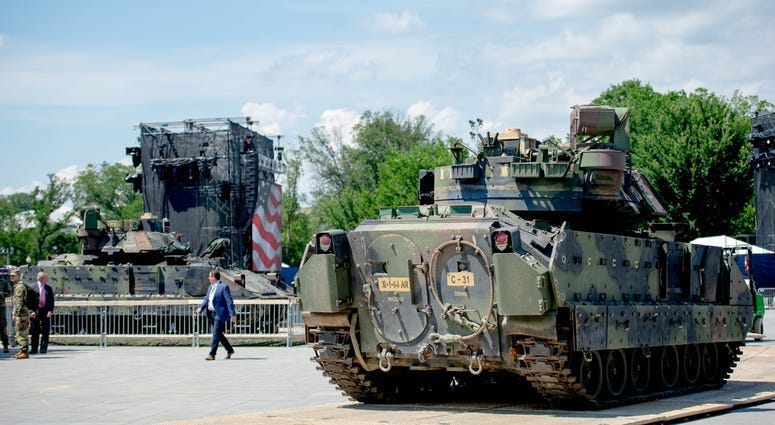 About 1.700 service members are expected to support this year’s Fourth of July "Salute to America" celebration in Washington, D.C.

Defense Secretary Mark Esper approved a Department of the Interior request for DoD support for the celebration of the nation’s 244th birthday on Friday.

According to a release,  DoD will provide aerial, musical and ceremonial support to the event. That includes a flyover of the Mount Rushmore National Memorial, as well as an aerial salute to several cities that played roles in the American Revolution. The Great Cities of the American Revolution flyovers will begin in Boston and proceed to New York City, Philadelphia and Baltimore. From there they will join other Department of Defense and heritage aircraft in the Salute to America over Washington, D.C.

The exact timing of the flyovers is still being worked and will be announced soon, according to the release.

“Flying hours are a sunk cost for the Department of Defense, and these aircraft and crews would be using these hours for proficiency and training at other locations if they were not conducting these flyovers,” the release states.

The event in Washington, D.C. will be hosted by President Donald Trump and the Department of the Interior and will be held on the South Lawn of the White House and Ellipse.

Salute to America came with a $1.2 million price tag

An event last year drew thousands to the National Mall and cost about $1.2 million to put on. In wake of the COVID-19 pandemic, Washington, D.C. Mayor Muriel Bowser has asked residents and visitors to celebrate the holiday at home.

Trump is expected to speak from the South Lawn of the White House.