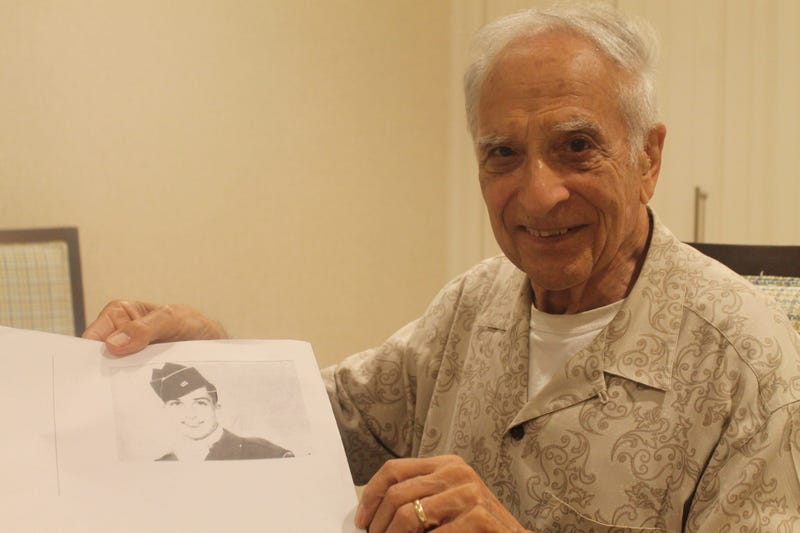 Col. Frank Cohn calls the series of events from fleeing Nazi Germany to serving in the military for 35 years sheer “luck,” and yet the 94-year-old World War II veteran lives life with no regrets.

Born in 1925, in Breslau, Germany, Cohn grew up as just Hitler was coming to power and although he was young, the effects of Antisemitism in his Jewish community was not lost on him.

“There was graffiti all over the place: JIKC, which meant ‘Jews into concentration camps,’" said Cohn. “Well, no one knew exactly what a concentration camp was at the time but you knew you didn’t wanna go there. Restaurants had signs — ‘Jews not desired…Jews forbidden’ — that makes an impression even on a kid.”

Cohn’s family owned a store, but they suffered financially when Nazis boycotted buying goods from them because they were Jewish. His parents sensed it was time for them to flee the country and Cohn’s father made the trip to the United States to search for distant relatives with the hope of attaining an affidavit and bringing the rest of the family to join him.

While Cohn’s father was in the states, the Gestapo visited Cohn and his mother in search of his father. For the Cohn family that was the final straw. They knew they needed to leave the country quickly.

After getting a visitor’s visa for an excursion trip to the United States and bribing someone at a consulate, Cohn and his mother snuck out of their home early one morning with a suitcase and 10 Marks. They would arrive in New York on Oct. 30, 1938.

Cohn is referring to The Immigration Act of 1924 which particularly affected those seeking refuge from eastern and southern Europe. The act implemented quotas allowing a specific number of visas available each year for each country, leaving thousands of German Jews on a waiting list to enter the United States and entire families unable to immigrate at the same time.

The Cohn family arrived in the United States only days before Kristallnacht. Also known as the Night of Broken Glass, it was when German Nazis attacked Jewish persons and property all over Europe.

“The synagogues were burned. The Jewish men were put in concentration camps and that hit the news all over the world. Roosevelt got that info and he issued an executive order that anyone in the country [United States] would not be sent back to Germany and that saved us,” said Cohn. “The timing couldn’t have been better…that’s why I’m sitting here.” 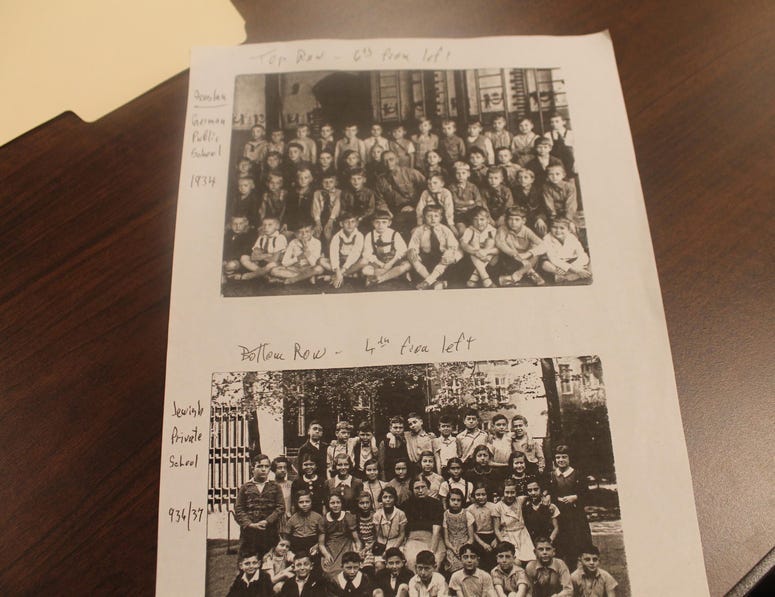 From then on, Cohn was regarded as an “enemy alien” in the U.S. but he no longer had to live in fear of going back to Germany. He continued to live in New York through junior and high school, becoming what he calls “Americanized,” so when the draft found him, Cohn had no objection to serving in the U.S. Military.

Even as a refugee, Cohn didn’t cling to his German heritage. He refused to speak his native tongue with his family and didn’t tell anyone he knew German when he was drafted in 1943.

“I purposely wanted to get rid of anything German,” said Cohn.

He originally went through boot camp and training to become an infantry replacement.

“Along the way, they realized I was a linguist, and when I hit Memel right at the German border as a replacement, everybody received orders except me,” said Cohn.

He was then taken to Le Vesinet near Paris for training to become an intelligence agent. After a short one-week course, he was assigned to T-Force, 12th Army Group. The unit was tasked with traveling through German cities locating individuals to be arrested and tried for war crimes and finding buildings that could be used by Allied Forces.

Cohn recalls a mission during the Battle of the Bulge that was the “scariest night of my life” because he had no training for the particular task.

“I had my rifle and I was given instructions to go on this access road and make sure no Germans were coming through. So I’m standing, not even with a flashlight, and a vehicle comes up the middle of the road and I say 'stop,'” Cohn explains. He goes ‘what hell are you doing?’ and I said ‘I’m making sure that no Germans come in here.’"

“He goes, ‘If I had been a German you’d be dead by now, standing in the middle of the road. Get the hell in the ditch down there.’ I didn’t know what the heck I was supposed to do,” Cohn says with a chuckle. 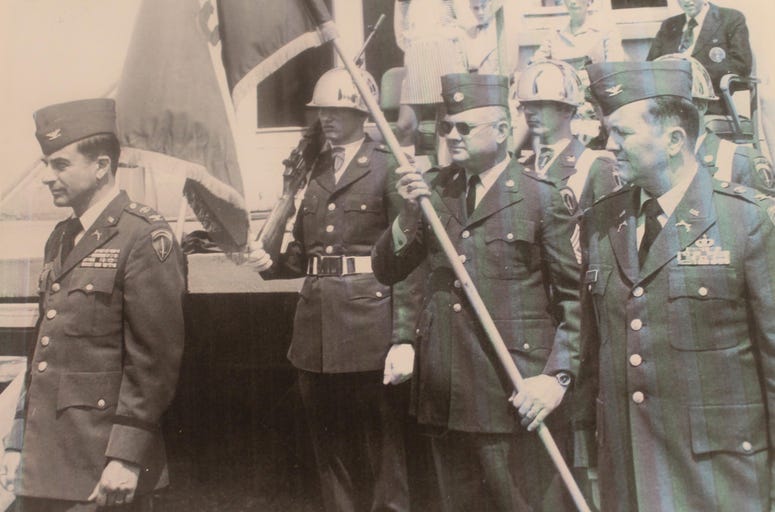 While in Europe, Cohn learned family members and friends were gathered up and sent to concentration camps, where many of them died.  Despite the significant loss, Cohn says the values he learned in the Army helped him move forward.

“The military in my mind always comes through with a degree of honesty and character and I think that’s important… You couldn’t become like them [Nazis]. You had to do this correctly and I think we always did, you couldn’t go in for vengeance and it all came out pretty well that way,” he said.

Cohn later received his commission through the Army R.O.T.C program at The City College of New York. In addition to serving in World War Two, he also served during the Vietnam War.  He retired from the military after 35 years, during which he achieved the rank of colonel. His last assignment was chief of staff of the Military District of Washington.

Today, Cohn lives with his wife in Virginia and often volunteers in the community, which keeps him busy.