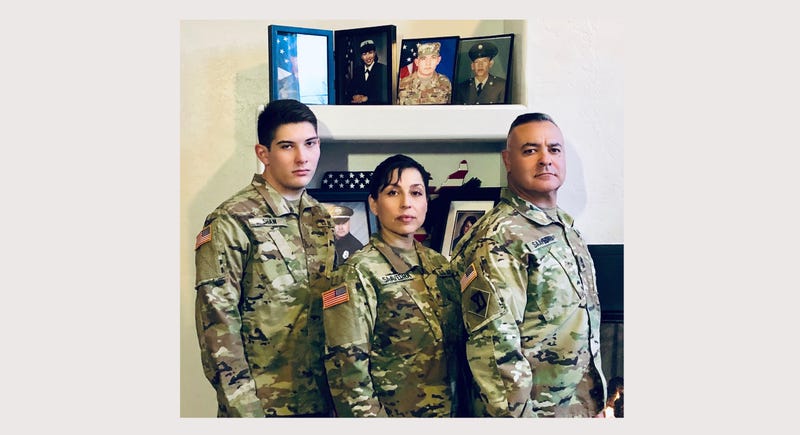 Tanya Saavedra thought her days in the military had ended.

During 14 years in the Navy, Tanya pushed her body to its limits as a combat diver and underwater technician, going on missions off the Mexico coast and the continental U.S.

Tanya left active duty in 2012 and returned to her hometown in the Southwest. She had settled on a new career field as a high school teacher. She focused on raising her two children and pursuing her Ph.D. in rhetorical studies at the University of New Mexico.

But the call to serve again returned -- from within her own household.

Her husband, 1st Sgt. Jason Saavedra, encouraged his wife to join the New Mexico National Guard, where Jason had spent 20 years as an infantryman and sniper. 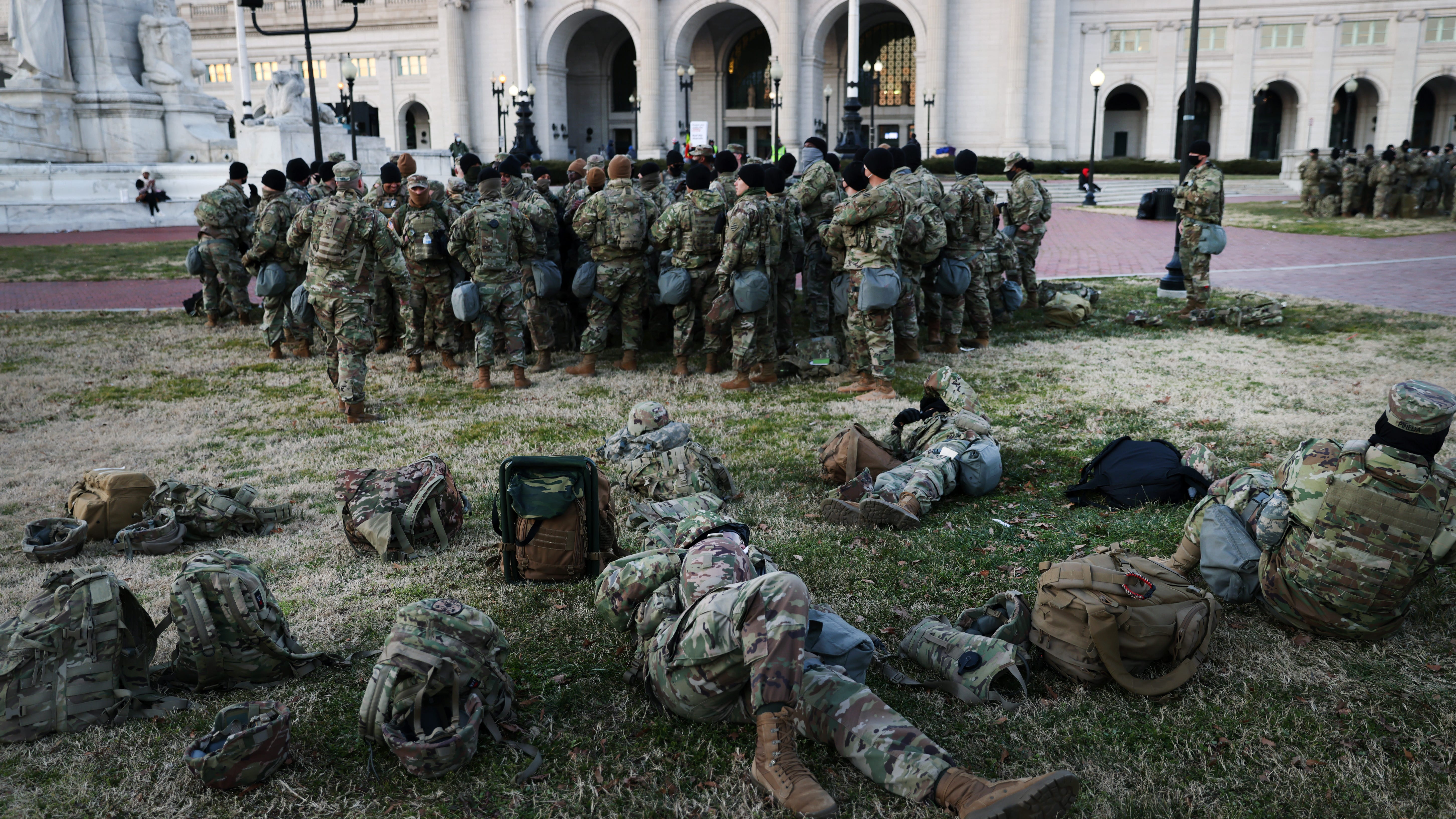 Over the years, her husband deployed to Iraq, Egypt and recently returned from a 10-month tour in the Horn of Africa. She said seeing her husband put on the uniform reminded her of her time on active duty.

Tanya had the itch to serve again.

She reenlisted in the Guard in December with the backing of her family.

“My husband was really supportive,” Tanya said of her decision to join the Guard. “And between my son and me, it was just kind of this funny, like, ‘Haha, we're going to be drilling together, you know?’”

While helping her son, Jeremiah Shaw complete his paperwork to join the Guard last spring, Tanya talked to an Army recruiter about joining the Guard.

Old photos of other uniformed family members who have served in the military decorate the family’s Albuquerque home.

Tanya, who enlisted in the Navy in 1998, continued a long legacy of military service in her bloodline. Her father, Gene Marquez, deployed to Vietnam in the late 1960s and her older brother, Richard, was a Navy Seal who fought in the Gulf War.

“[Military service] is something that's always been seen as honorable in my family,” Tanya said. “So it almost seemed kind of innate that [Jeremiah] would end up serving as well.”

She eventually joined as a supply specialist with the rank of staff sergeant. Now Tanya awaits the Guard’s decision whether or not to send her to Army boot camp or grant her an exception.

“We've always been kind of a military family: her dad, my dad, me, her, we've all served,” Jason said. “For my wife to kind of switch over and all three of us are going to be the same branch, it just makes things easier for us. It's kind of a [homecoming] type thing. The Army has always been home to me.”

Tanya met Jason eight years ago while exercising at the Duke City CrossFit in southwest Albuquerque. They both enjoyed exercising, the outdoors and keeping in top physical shape. Jason has also served in the Albuquerque Police Department for 16 years. 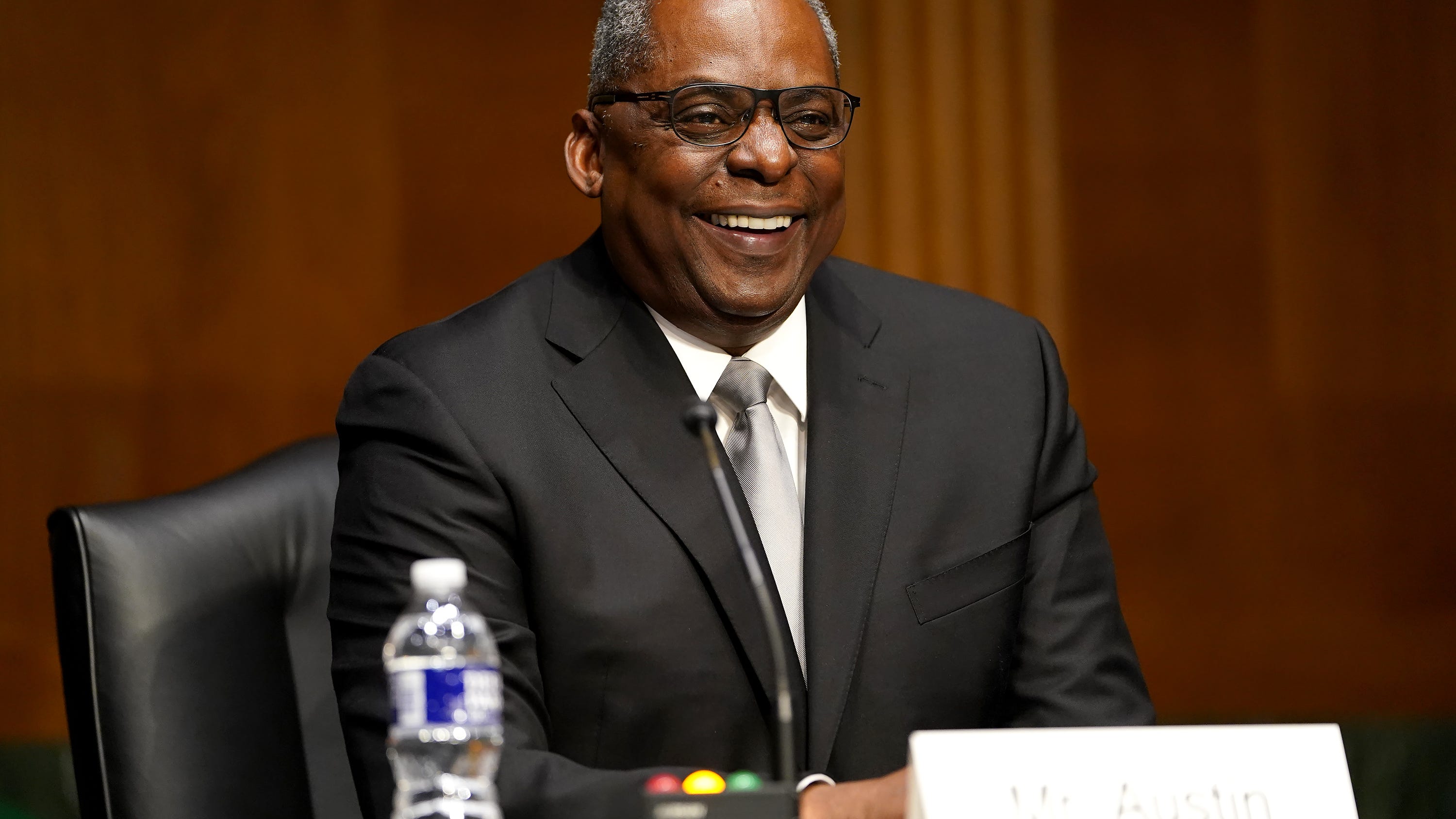 Jason also came from a military family and, in his youth, lived at different installations in Germany and in the U.S. Like his father, he wanted to join the Army.

Instead, his father told him to join the National Guard, attend college and then decide if he wanted to pursue an active-duty career.

While working for Intel Corporation, Jason was drawn to the Guard’s unique mission and its impact on the local community. And he added to that commitment by becoming a police officer with the Albuquerque PD.

“If we got deployed, we could do stateside missions and really help the people here,” said Jason, who will pin on sergeant major in February. “Every year, we get a pretty bad snowstorm or something will happen. We get floods here in New Mexico as well. They deploy the Guard all the time to help the community and help the people that live in the rural areas of our state.”

Jason’s enthusiasm for public service influenced his stepson, who joined the Guard while still attending high school. And finally, the call to return to service rubbed off on Tanya.

Jason makes the 3 1/2-hour commute to Alamogordo to train with his unit once a month. Jeremiah drives to either the Wyoming or Rio Rancho armories just outside of Albuquerque.

The family jokes that should their units become activated or deployed that they may serve on the frontlines together.

“If we get deployed, we kind of hope that all three of us will get deployed together. I don't know how my son feels about that,” Tanya said with a laugh. “It might be weird for him. But we kind of had hoped when that happens, we could maybe do a deployment together.”