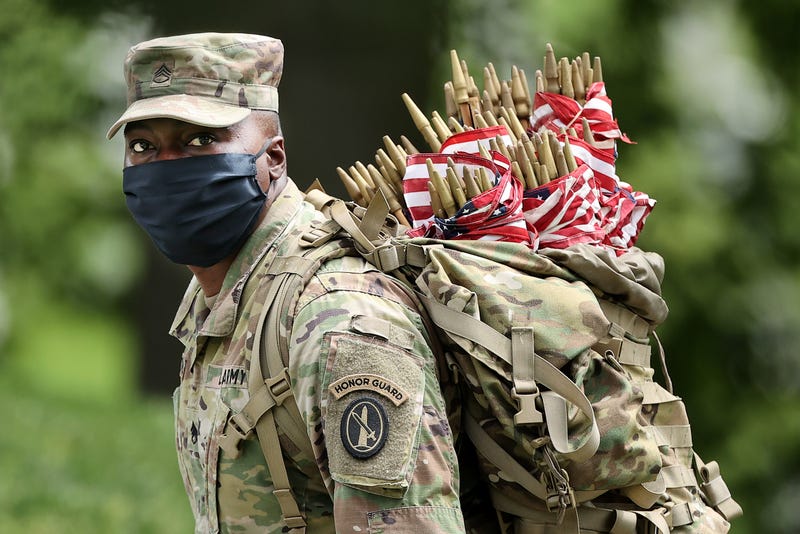 Wearing face masks to reduce the risk of spreading the novel coronavirus, a soldier from the 3rd Infantry Regiment, or the "Old Guard," works to place U.S. flags in front of every grave site ahead of the Memorial Day weekend in Arlington National Cemetery on May 21, 2020 in Arlington, Virginia. Traditionally known as "Flags-In," soldiers place small flags in front of more than 228,000 headstones and at the bottom of about 7,000 niche rows in the cemetery's Columbarium Courts and Niche Wall . Photo credit (Photo by Chip Somodevilla/Getty Images)
By Elizabeth Howe Connecting Vets

Among President Joe Biden's first actions in office was the removal of former-President Donald Trump's ban on federally-funded diversity training, including within the military and Department of Veterans Affairs.

In September of last year, Trump ordered his administration to stop paying for critical race theory diversity training in federal agencies. Weeks later, he expanded that ban to explicitly include training for the U.S. military, government contractors and other federal grantees. 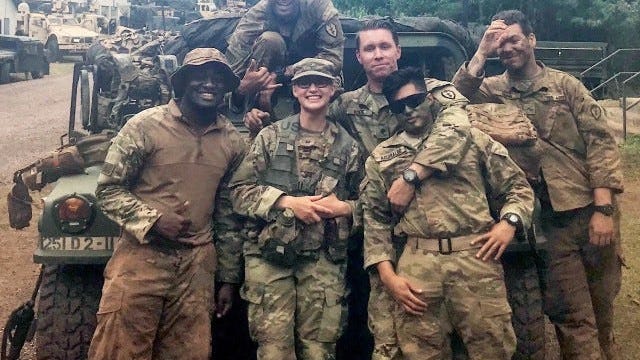 “A few weeks ago, I BANNED efforts to indoctrinate government employees with divisive and harmful sex and race-based ideologies,” Trump tweeted at the time. “Today, I’ve expanded that ban to people and companies that do business with our country.”

The Trump order specifically cited a Treasury Department seminar that his order said promoted arguments that “virtually all White people, regardless of how ‘woke’ they are, contribute to racism." The Trump White House described such diversity training as “divisive, anti-American propaganda."

“Such ideas may be fashionable in the academy, but they have no place in programs and activities supported by Federal taxpayer dollars,” the order said.

The order derailed several new diversity initiatives that had been recently introduced in all branches of the Armed Forces following the national outrage over the police killing of George Floyd and racial inequality nationwide.

While on the campaign trail, Biden refuted Trump's descriptions of such trainings and promised to remove the ban once in office. He fulfilled that promise on day one.

"Equal opportunity is the bedrock of American democracy, and our diversity is one of our country’s greatest strengths. But for too many, the American Dream remains out of reach," a White House statement from Biden reads. "Entrenched disparities in our laws and public policies, and in our public and private institutions, have often denied that equal opportunity to individuals and communities."

"By advancing equity across the Federal Government, we can create opportunities for the improvement of communities that have been historically underserved, which benefits everyone," Biden's statement reads.