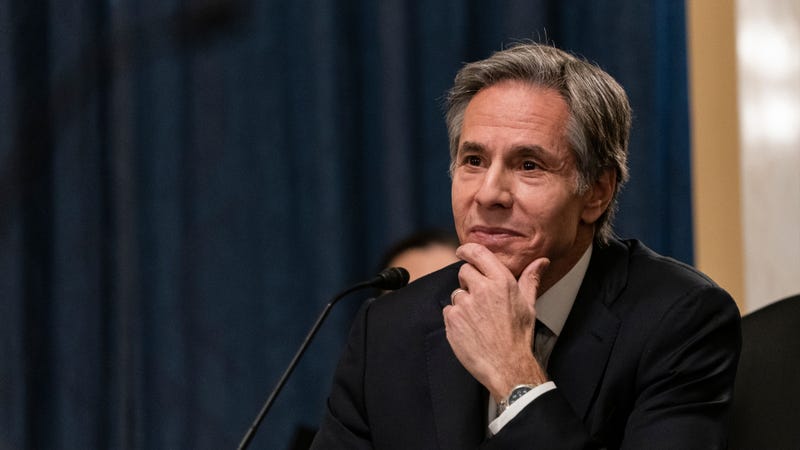 Secretary of State Antony Blinken and the Biden administration have rescinded former President Trump’s restoration of U.N. sanctions on Iran, which could help the U.S. rejoin the 2015 Iran nuclear agreement. Photo credit Alex Edelman-Pool/Getty Images
By The Associated Press

By Matthew Lee, The Associated Press

The Biden administration says it's ready to join talks with Iran and world powers to discuss a return to the 2015 nuclear deal, in a sharp repudiation of former President Donald Trump’s “maximum pressure campaign” that sought to isolate the Islamic Republic.

The administration also took two steps at the United Nations aimed at restoring policy to what it was before Trump withdrew from the deal in 2018. The combined actions were immediately criticized by Iran hawks and drew concern from Israel, which said it was committed to keeping Iran from acquiring nuclear weapons.

Besides signaling Thursday a willingness to talk with Iran, the administration also reversed Trump’s determination that all U.N. sanctions against Iran had been restored. And, it eased stringent restrictions on the domestic travel of Iranian diplomats posted to the United Nations.

The State Department announced the moves following discussions between Secretary of State Antony Blinken and his British, French and German counterparts and as Biden prepares to participate, albeit virtually, in his first major international events with world leaders.

The announcement came a day before Biden is to speak to leaders of the Group of Seven industrialized democracies and later in the day address the annual Munich Security Conference. At both Friday, Biden is expected to discuss his commitment to multilateral diplomacy and his desire to undo damage that Trump's positions may have caused over the previous four years. He's expected to address the U.S. stance on the 2015 multilateral Iran nuclear deal, the war in Afghanistan and the economic and national security challenges posed by Russia and China. 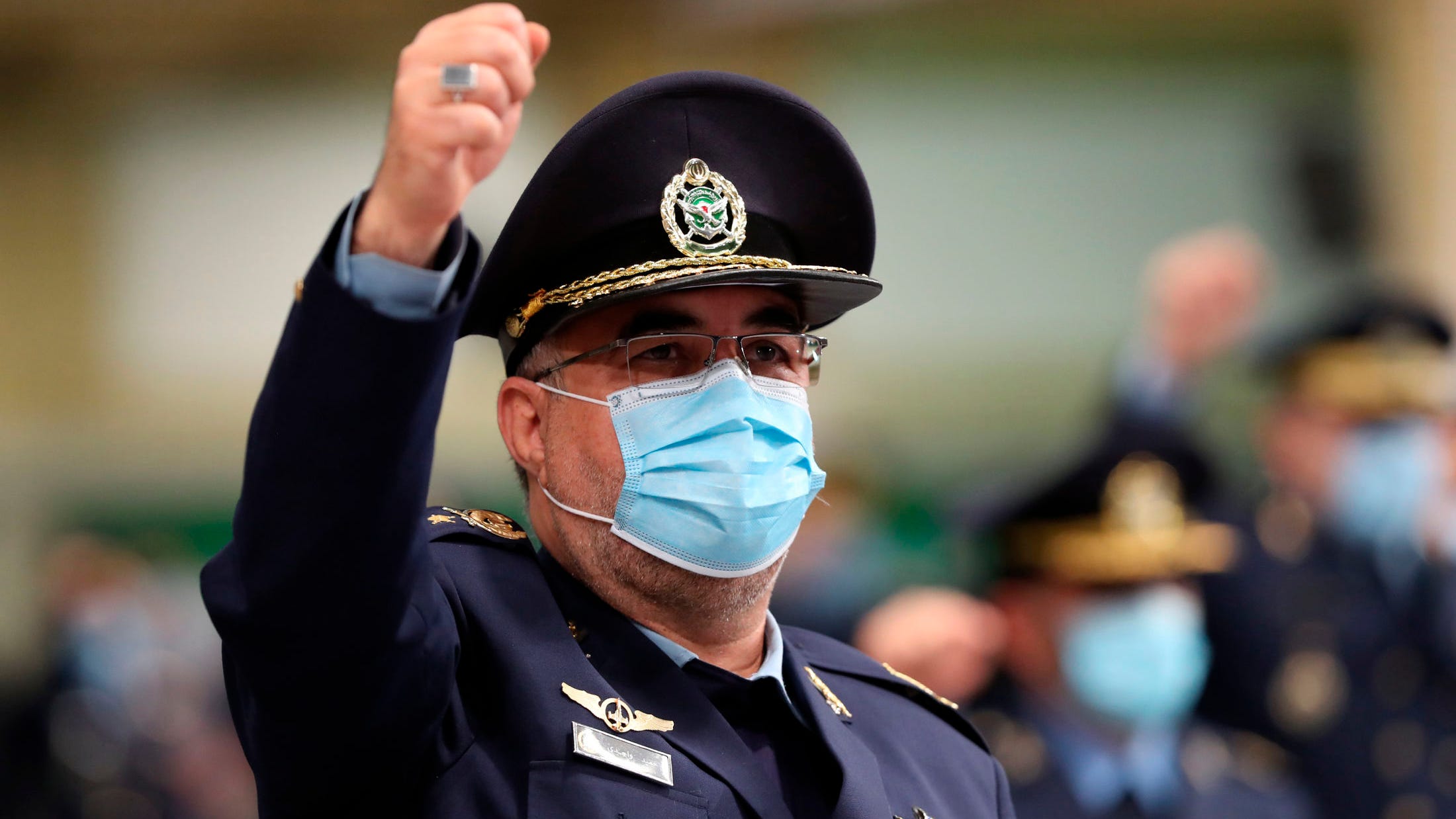 Iran: US must lift sanctions before it lives up to nuke deal

In a statement, State Department spokesman Ned Price said the U.S. would accept an invitation from the European Union to attend a meeting of the participants — the five permanent members of the U.N. Security Council and Germany, along with Iran — in the original nuclear agreement.

“The United States would accept an invitation from the European Union High Representative to attend a meeting of the P5+1 and Iran to discuss a diplomatic way forward on Iran’s nuclear program,” he said. The U.S. has not participated in a meeting of those participants since Trump withdrew from the deal and began steadily ramping up sanctions on Iran.

Such an invitation has not yet been issued but one is expected shortly, following Blinken's talks with the British, French and German foreign ministers.

In Iran, Foreign Minister Mohammad Javad Zarif said Friday the Biden administration action meant that the U.S. had acknowledged moves made under Trump “had no legal validity.”

“We agree,” he added, urging the Biden administration to lift U.S. sanctions “imposed, reimposed or re-labeled by Trump. We will then immediately reverse all remedial measures.”

In Israel, Prime Minister Benjamin Netanyahu’s office expressed worry, saying it believes that “going back to the old agreement will pave Iran’s path to a nuclear arsenal.” It said in a statement on Friday that it it remains “committed to preventing Iran from getting nuclear weapons" and was in close contact with the United States on the matter.

Meanwhile, at the United Nations, the Biden administration notified the Security Council that it had withdrawn Trump's September 2020 invocation of the so-called snapback mechanism under which it maintained that all U.N sanctions against Iran had been reimposed. Those sanctions included a conventional arms embargo against Iran that had been set to expire.

Trump's determination had been vigorously disputed by nearly all other U.N. members and had left the U.S. isolated at the world body. Thus, the reversal is unlikely to have any immediate practical effect other than to bring the U.S. back into line with the position of the vast majority of U.N. members, including some of its closest allies. 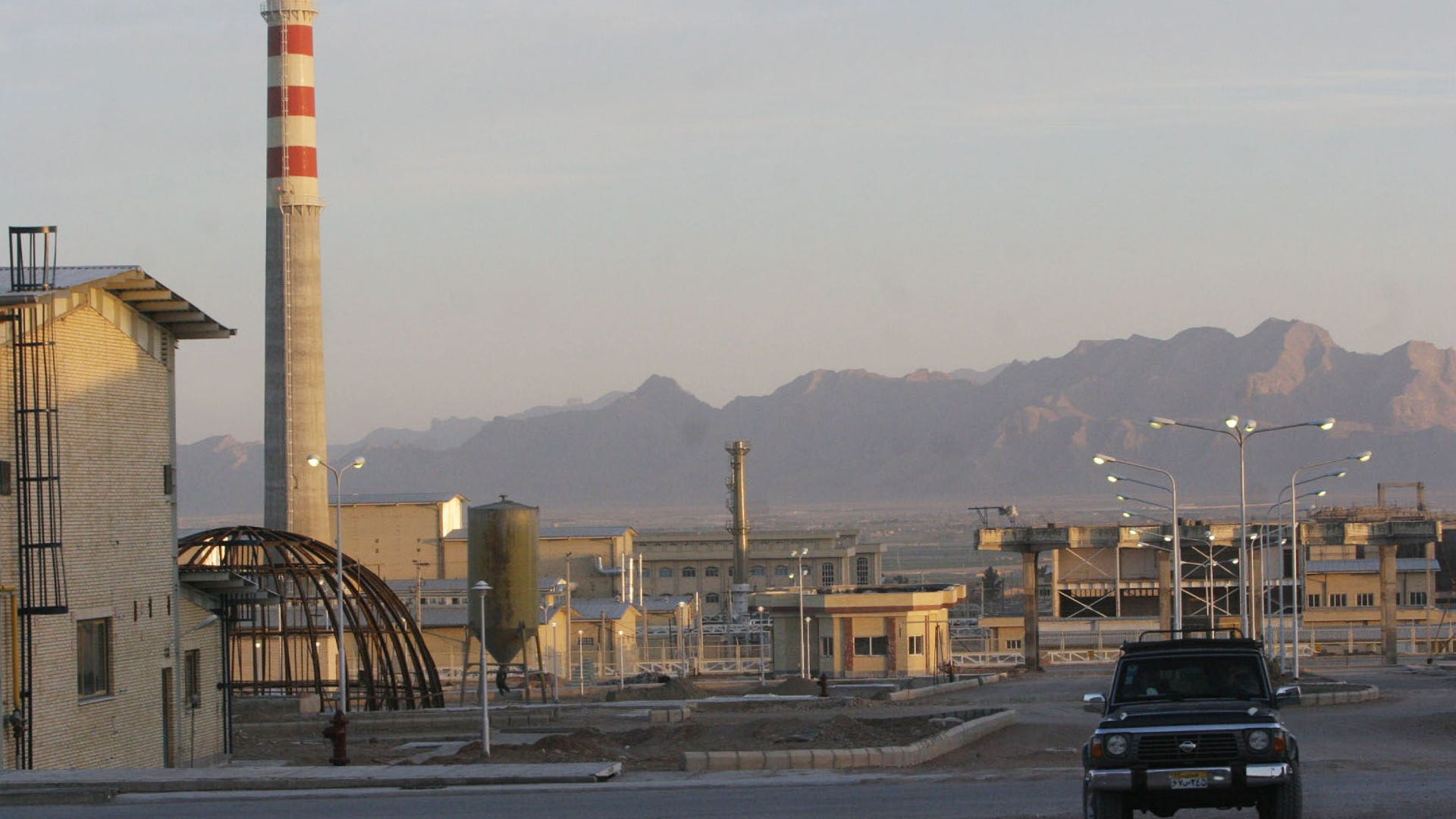 Acting U.S. Ambassador to the United Nations Richard Mills sent a letter to the Security Council saying the United States “hereby withdraws” three letters from the Trump administration that culminated in its Sept. 19 announcement that the United States had re-imposed U.N. sanctions on Tehran due to it's “significant non-performance" with its obligations.

Trump's move had been ignored by the rest of the Security Council and the world, and the overwhelming majority of members in the 15-nation council had called the action illegal because the U.S. was no longer a member of the nuclear deal.

At the same time, officials said the administration has eased extremely strict limits on the travel of Iranian diplomats accredited to the United Nations. The Trump administration had imposed the severe restrictions, which essentially confined them to their U.N. mission and the U.N. headquarters building in New York.

The top Republican on the House Foreign Affairs Committee, Rep. Michael McCaul of Texas, quickly denounced the steps. “It is concerning the Biden Administration is already making concessions in an apparent attempt to re-enter the flawed Iran deal," he said. “The Trump Administration created leverage for President Biden on Iran — we should not squander that progress.”

Earlier Thursday, Blinken and his European counterparts had urged Iran to allow continued United Nations nuclear inspections and stop nuclear activities that have no credible civilian use. They warned that Iran’s actions could threaten delicate efforts to bring the U.S. back into the 2015 deal and end sanctions damaging Iran’s economy.

Iran is “playing with fire,” said German Foreign Minister Heiko Maas, who took part in the talks Thursday in Paris with his British and French counterparts. Blinken had joined via videoconference.

Iran has said it will stop part of International Atomic Energy Agency inspections of its nuclear facilities next week if the West doesn’t implement its own commitments under the 2015 deal. The accord has been unraveling since Trump pulled the U.S. out of the agreement.

Blinken reiterated that “if Iran comes back into strict compliance with its commitments ... the United States will do the same,” according to a joint statement after Thursday’s meeting that reflected closer trans-Atlantic positions on Iran since President Joe Biden took office.

The diplomats noted “the dangerous nature of a decision to limit IAEA access, and urge Iran to consider the consequences of such grave action, particularly at this time of renewed diplomatic opportunity.” 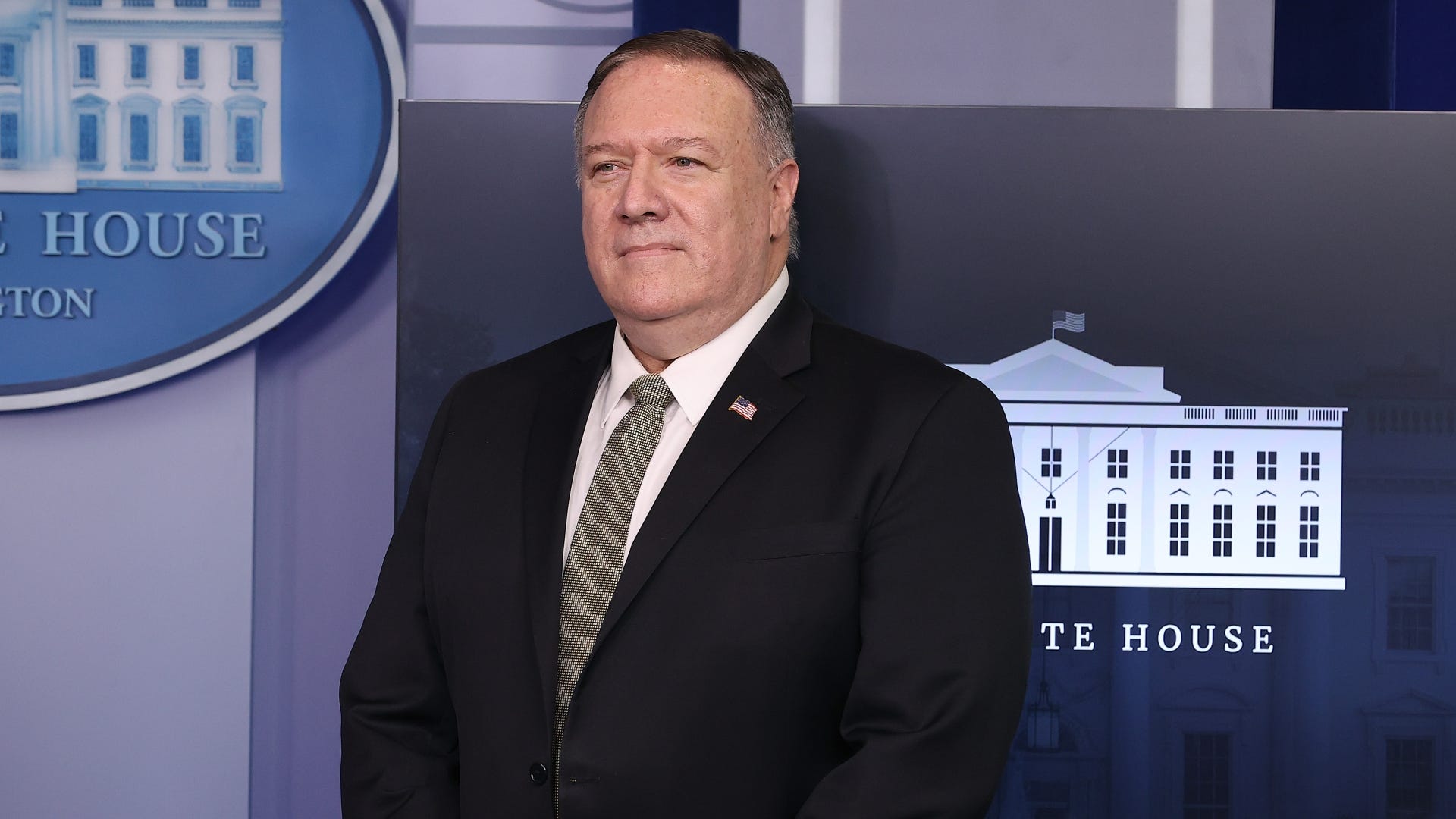 Pompeo claims Iran is 'new home base' for al-Qaida

They said Iran’s decision to produce uranium enriched up to 20% and uranium metal has “no credible” civilian use.

The 2015 accord is aimed at preventing Iran from developing nuclear weapons. Tehran denies it is seeking such an arsenal.

“We are the ones who have kept this agreement alive in recent years, and now it’s about supporting the United States in taking the road back into the agreement,” Maas told reporters in Paris.

“The measures that have been taken in Tehran and may be taken in the coming days are anything but helpful. They endanger the Americans’ path back into this agreement. The more pressure that is exerted, the more politically difficult it will be to find a solution,” he said.

Iran’s threats are “very worrying,” British Foreign Secretary Dominic Raab said, stressing the need “to re-engage diplomatically in order to restrain Iran, but also bring it back into compliance.”

The diplomats also expressed concern about human rights violations in Iran and its ballistic missile program.

In Iran, President Hassan Rouhani expressed hope Thursday that the Biden administration will rejoin the accord and lift the U.S. sanctions that Washington re-imposed under Trump, according to state television.

Tehran has been using its violations of the nuclear deal to put pressure on the remaining signatories — France, Germany, Britain, Russia and China — to provide more incentives to Iran to offset the crippling sanctions.

German Chancellor Angela Merkel and the president of the European Council spoke with Rouhani this week to try to end the diplomatic standoff. The head of the IAEA is scheduled to travel to Iran this weekend to find a solution that allows the agency to continue inspections.