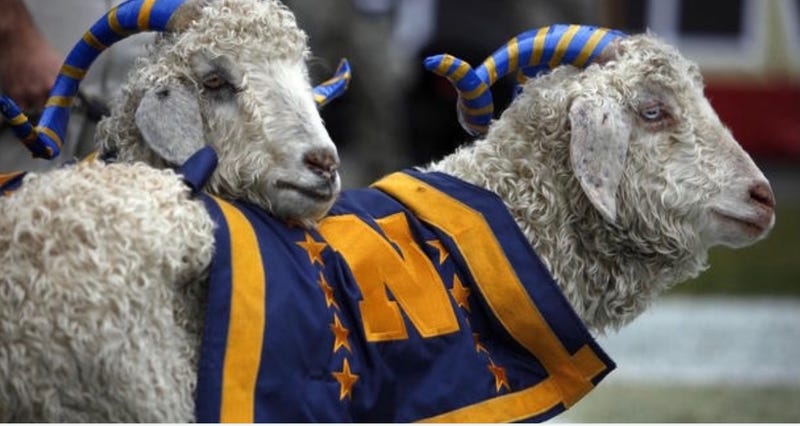 The Capitol Gazette reports that the announcement was made Thursday.

The fuzzy Angora goat was affectionately known as “Blue Eyes” and would have been 14 years old next week.

The goat was the team mascot from 2008 to 2015. He stood out not only for his startling eyes, but also for horns that stretched longer than any goat in his herd.

Bill 33 played a central role in an Army-Navy prank that had gone too far in 2012. He was kidnapped from his home at Maryland Sunrise Farm in Gambrills. There were other so-called goatnappings. But that one prompted the academy to keep the mascot's location secret to the public.

Bill 33 suffered from health issues caused by old age and was humanely euthanized when it became clear that his condition would not improve. He is survived by successors and current goat mascots Bills 36 and 37.