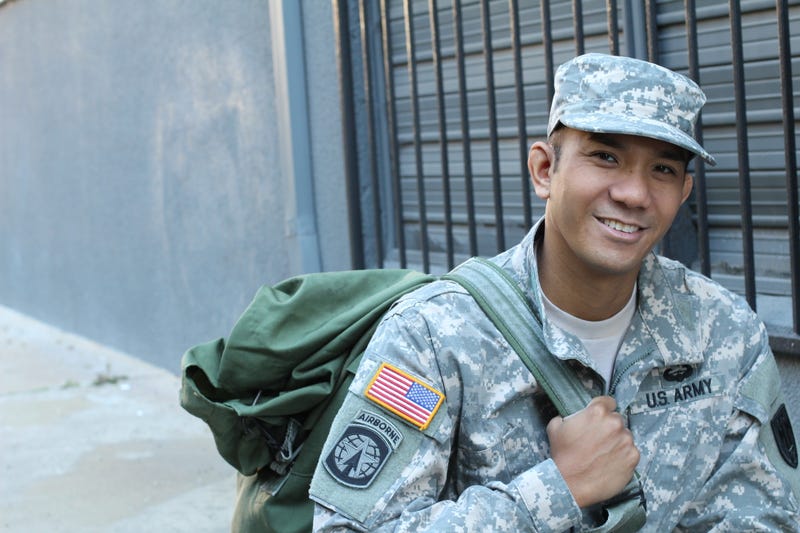 One of the most challenging things for service members is the transition from the familiar military life to the unknown, and oftentimes uncertain, civilian life after their military career ends. Chenega Military Intelligence and Operations Support (MIOS) has hired many of our country’s former military members and interviewed some of them to see what advice they would give current military members about transitioning to civilian life.

Among the veterans interviewed were Kenneth “Mike” Buggs, Duane Butler and Jonas Patterson. Buggs is a former sergeant major in the U.S. Army Special Forces. He retired in 2001 after serving 21 years. He has been with Chenega for 19 years and is currently the senior vice president of business operations and chief operating officer for Chenega MIOS SBU. Butler is a recruiter for Chenega MIOS and a retired Air Force master sergeant. He spent 21 years in the military and has been with Chenega since 2015.

Patterson is a former Air Force master sergeant. He had his own experiences and advice he wanted to share after spending 21 years in the military and then transitioning to civilian life.

Many of our vets had similar issues with their transition and offered great advice for those considering leaving the military.

“Striking out on my own without that military support system behind me,” was one of the hardest parts about leaving the Air Force, Butler said. All of our vets expressed a similar sense of loss in community after retiring.

They also all agreed that figuring out what to wear after not thinking about it for so long was a challenge they were not expecting. Patterson expressed this frustration the best when he declared, “What the heck is business casual?”

Buggs gave some advice to those about to transition. He wants vets to know they need patience when entering the civilian workforce. Things are done differently, and there will be an adjustment period once you find a position.

One of the things Buggs had to adjust to was the terminology.

“While we use a lot of acronyms in the military, there is a lot in the federal space and the civilian space as well,” he said.

Buggs also advised our military members to “do your homework. Look at what kind of options you have … Look at No. 1, location and No. 2, type of work; contractor, government employee, there’s a lot of options out there.”

Once you figure out your goals and where you want to be, that will help focus your job search efforts. This focus is necessary “because finding a job is a job,” said Butler.

Butler and Patterson gave similar advice to our military thinking of transitioning. They suggested that you should plan your separation at least a year out. Both vets recommended finishing your education before leaving to help give you an additional competitive edge in the civilian job market.

Our employees all agreed that Chenega is a great place to work, especially for veterans. For Buggs, one of the biggest reasons for vets to choose to work for Chenega is because “It’s really rewarding, and you are so close to the (military) mission,” he said.

Buggs also talked about the opportunity Chenega offers our employees to grow in their careers.

“Opportunity for progression and you are not stuck in a rut,” he said. “I’ve had probably 10 people that have worked for me that started out at the front desk and they moved up to management positions over the years,” he said.

“Chenega is a great place,” proclaimed Butler.  “We have opportunities that can relate to the positions and jobs had while serving, and that is why MIOS is filled with veterans. Chenega MIOS helps people transitioning get into their next rewarding career faster. It’s not only just transitioning out of the military, but utilizing those skills that you’ve had and built for a number of years and then putting them to use in your next career, and Chenega can help you do that.”

Patterson feels that Chenega MIOS was a great place for him to end up after he retired.

“We work together to accomplish a tangible mission. What we do every day is important. And we can see the results of our mission. We have an important job that we do, and being part of the Chenega family, you feel like a part of the military family. So definitely that sense of camaraderie that I had when I was in the military, I feel at Chenega as well.” he said.

“Veterans should consider working for Chenega for many reasons. Our employees agreed there is a sense of family at Chenega. To show that you are not just a number like some employees are treated in other corporations,” Patterson insisted, “They listen to your ideas … I guarantee you will be heard.”

As part of our commitment to our veterans, Chenega MIOS has participated in the Careers Skills Program (CSP). A year out from retirement, military personnel accepted into the program can become a Chenega employee while staying in the military. Once they get out, the CSP internship allows the new veteran a smooth transition right into the right job at Chenega.

“We started this internship program last year and have already had two people successfully move through it," Buggs said. What helps make the program so successful already is that “a lot of us come out of the military … and we know what it’s like for the people coming out. So, we can empathize, and we can really help them in the transition and help them be successful members not only in the civilian community but in support of the Chenega village and our mission,” he continued.

As Buggs mentioned, there are more reasons to consider working for Chenega than the culture and the mission. Chenega Corporation has an even bigger mission.

“We are sustaining a village well into the future, and that is our main mission.” Our profits go back to our shareholders to help sustain the Chenega People’s life, culture and future. “The Chenega Village, they are survivors,” Buggs said.

To learn more about the Chenega People and the hardships they overcame, you can discover their story here.