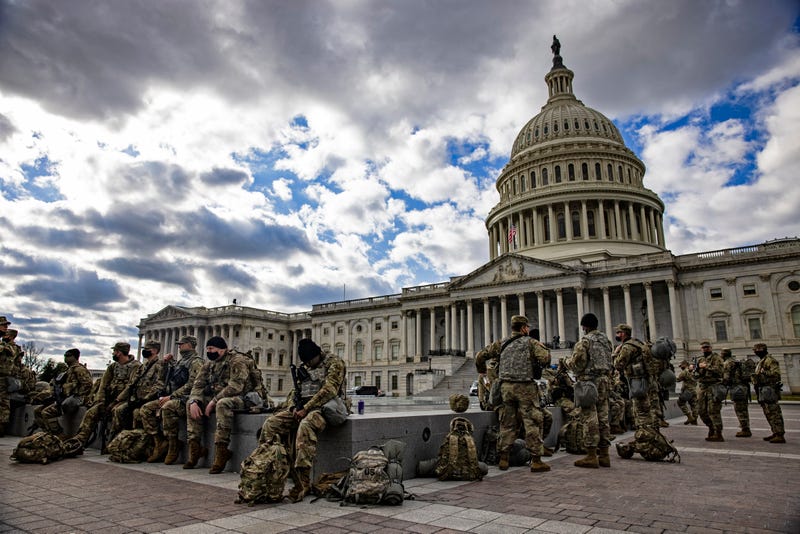 Virginia National Guard soldiers on the east front of the U.S. Capitol on January 17, 2021 in Washington, DC. After last week's riots at the U.S. Capitol Building, the FBI has warned of additional threats in the nation's capital and in all 50 states. According to reports, as many as 25,000 National Guard soldiers will be guarding the city as preparations are made for the inauguration of Joe Biden as the 46th U.S. President. Photo credit Photo by Samuel Corum/Getty Images
By Abbie Bennett Connecting Vets

Thousands of National Guard troops who have served on missions to secure the Capitol and presidential inauguration in Washington, D.C., as well as the coronavirus pandemic response nationwide, are earning credit toward their Post-9/11 GI bill Benefits, a National Guard leader said this week.

Since the National Guard forces deployed for those missions were activated under federal emergency declarations, they are allowed to count that time toward earning the education benefits. In order to receive the maximum GI Bill, Guard troops must spend at least three years on active duty. After 90 days on active duty, Guard members are eligible for roughly half of those benefits.

Guard troops activated for pandemic response are eligible to accrue benefits because of the March 2020 emergency declaration. Troops who served on inauguration or Capitol security duties earn theirs because of a January 2021 "National Special Security Event" announced for the inauguration.

More than 25,000 Guard troops were activated and sent to the National Capital Region following the assault on the U.S. Capitol building on Jan. 6 and during President Joe Biden's inauguration Jan. 20. Since then, the Defense officials announced that about 5,000 Guard members will stay on duty in the capital through mid-March to defend against potential future violence. That extended stay could mean at least some of the Guard members may reach their 90-day requirement to begin qualifying for education benefits. 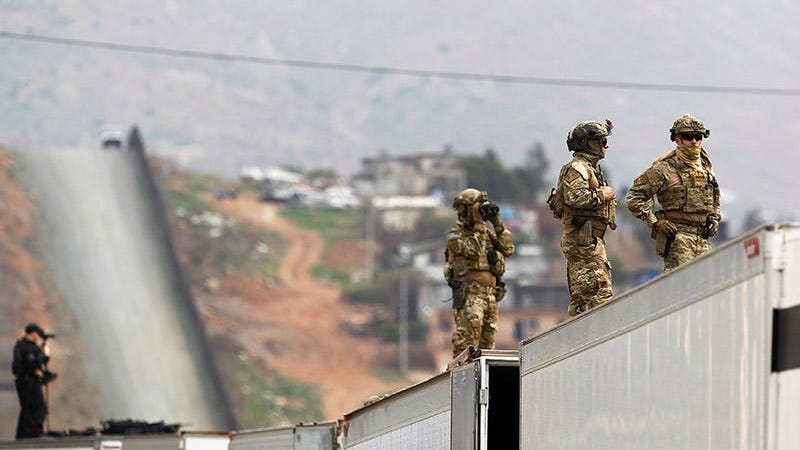 For the thousands of Guard troops deployed to Washington last year over civil unrest, there was no special national emergency declaration, so those members did not earn time toward their GI Bill benefits, according to Guard Maj. Gen. Eric Little in a letter to lawmakers this week. Those activated for more local missions across the country are also typically ineligible to accrue time toward the GI Bill, since they are usually under state active-duty status.

Little's letter came following requests from lawmakers for more information about if, or how, the service members were earning benefits.

Guard members are only eligible to earn the GI Bill when under orders authorized by the president or secretary of defense "for the purpose of responding to a national emergency declared by the president and supported by federal funds," Little said.

“While I am pleased that the National Guard members protecting our Capitol will be able to earn GI Bill benefits for their service, this confusion was another poignant reminder that too often servicemembers taking on the same risks as their active-duty counterparts aren’t getting the same benefits,” House Veterans Affairs Committee Chairman Mark Takano, D-California, said in a statement responding to Little's letter. "We shouldn’t have to search for a justification to give the soldiers who fought fires, helped respond to the COVID-19 pandemic, and guarded our nation’s Capitol the benefits they have earned."

But Levin's legislation didn't pass through Congress before the session ended at the close of 2020. Any bills that don't pass must be reintroduced, and Levin said he planned to do so soon, "ensuring Guard and Reserve members always receive the GI Bill benefits they deserve."