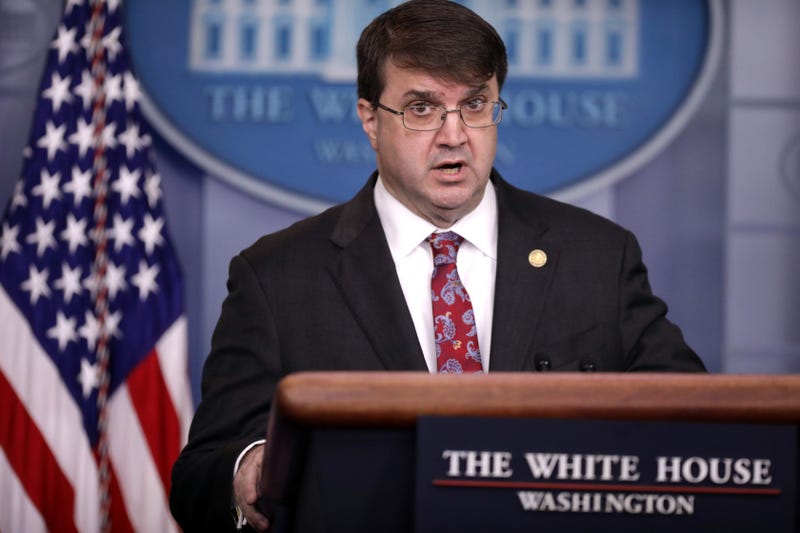 U.S. Veterans Affairs Secretary Robert Wilkie talks to reporters in the Brady Press Briefing Room at the White House November 08, 2019 in Washington, DC. Wilkie listed a number of programs that he said were successful examples of the Trump Administration's dedication to veterans and their care. Photo credit Photo by Chip Somodevilla/Getty Images
By Abbie Bennett Connecting Vets

Six major national veteran service organizations are calling on President Donald Trump to remove his Secretary of Veterans Affairs following a damning watchdog report that found he and his senior staff sought to discredit a veteran who reported being sexually assaulted at a VA hospital.

On Dec. 11 and in following days veteran organizations representing millions of vets across the country, Capitol Hill lawmakers and women veterans united in calling for Robert Wilkie and his senior staff to resign or be removed. As of Dec. 16, about 20 lawmakers and at least 16 veteran groups had publicly called for the removals.

In a letter to the president on Dec. 16, Disabled American Veterans (DAV), AMVETS, Paralyzed Veterans of America (PVA), Veterans of Foreign Wars (VFW), the American Legion and Vietnam Veterans of America (VVA) asked Trump to hold VA senior leaders accountable "for failing to fulfill their sworn duties in responding to a disabled veteran's 2019 sexual assault claim at the Washington, D.C. VA Medical Center."

Other veterans groups called not only for Wilkie's resignation or removal, but also the removal of his senior staff and an investigation into a sitting Congressman named in the watchdog report. After a nearly yearlong investigation, VA's independent watchdog, the Office of the Inspector General (OIG), released a report Thursday that found Wilkie and senior VA officials sought to discredit the veteran and senior Congressional advisor, repeatedly questioning her credibility and failing to properly handle her case.

"Our organizations have concluded that as a result of the Secretary's personal actions in this matter, he no longer has the trust or confidence of America's veterans and should be removed," the VSOs said in their letter to Trump.

The OIG report showed VA leaders failed to take action against the man accused of sexually assaulting the veteran. VA police ran a background check on the veteran almost immediately, sharing it with senior leaders, but it took days for them to run the same check on the man accused of the assault -- a VA contractor with a history of sexually harassing VA staff, a criminal background and a lack of credentials to be at the hospital the day of the assault. VA took no action against the contractor. 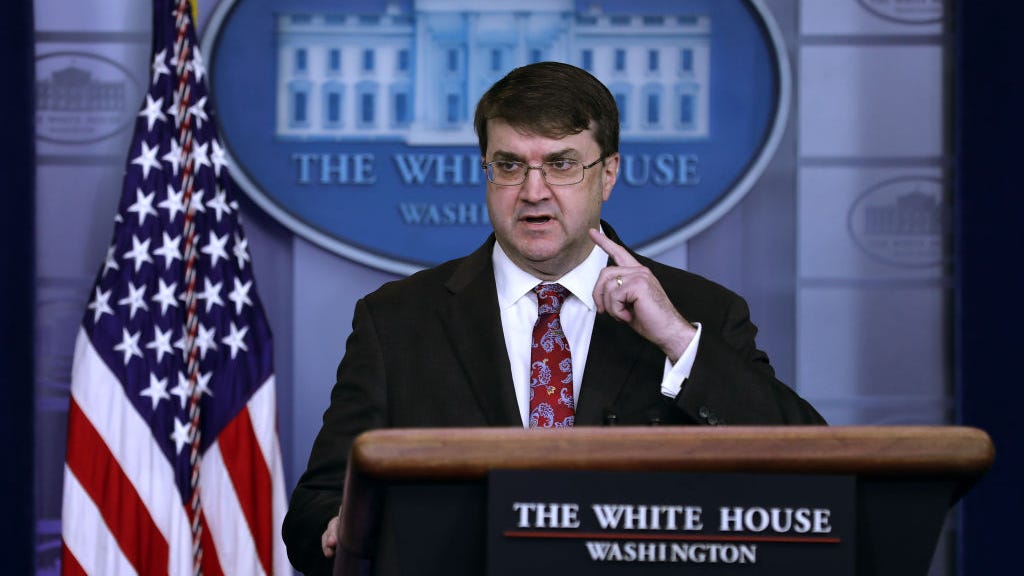 The OIG report shows that several senior VA officials played a role in mishandling the case, but the findings made clear that Wilkie himself established a defensive position "and made decisions to personally disparage the veteran" and circumvent the investigation, the VSOs wrote to the president.

"This is a tremendous breach of trust among veterans and Secretary Wilkie must be held accountable," the VSOs said. "His actions not only threaten to deter veterans from seeking care at VA, but also undermine the efforts of VA staff who have been working to bring an end to sexual harassment throughout the department." 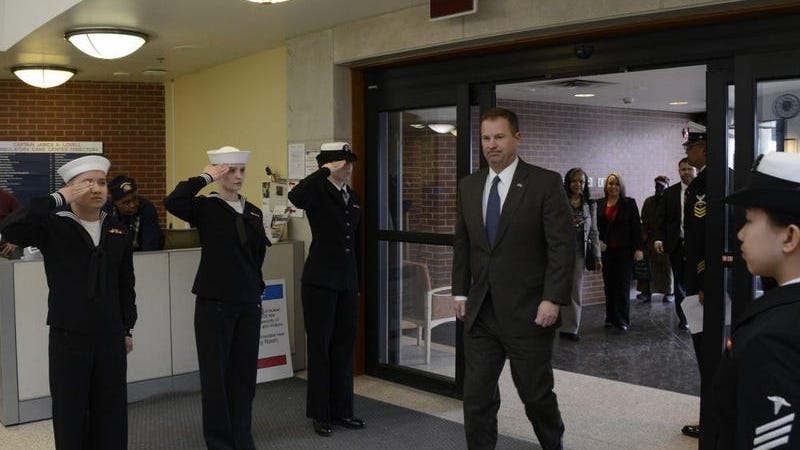 Former No. 2 at VA says refusal to 'shop dirt' on veteran who reported sexual assault led to removal

The VSOs told the president that helping veterans who experience sexual harassment and assault at VA will take leadership the department doesn't currently have.

"Solving this problem takes strong and committed leadership and we no longer believe Secretary Wilkie is capable of leading this charge or performing his duties in the best interest of veterans," the VSOs said. "Sexual assault and harassment have no place in the VA or our society as a whole. As the Secretary has refused to take responsibility for his wrongdoing in this matter, we ... call on you to take further action by immediately removing him from office."

The groups argued that the watchdog report outlined "blatant and overt attempts" by Wilkie, senior VA leaders and Crenshaw to discredit and disparage the veteran, "a direct violation of the values that the veteran community holds most dear -- those of honor, duty and integrity."

Crenshaw's staff previously denied that he had any involvement or contact from VA regarding the veteran's case and on Twitter Wednesday, Crenshaw argued the situation is a partisan ploy to harm him. Rep. Jackie Speier, D-California, called for a Congressional ethics investigation into allegations against Crenshaw.

"Secretary Wilkie has led VA to achieve landmark improvements in veterans’ trust, quality of care and employee satisfaction," Press Secretary Christina Noel told Connecting Vets Saturday. "He will continue to lead the department, including its historic response to the COVID-19 pandemic."

The White House did not respond to multiple requests for comment. 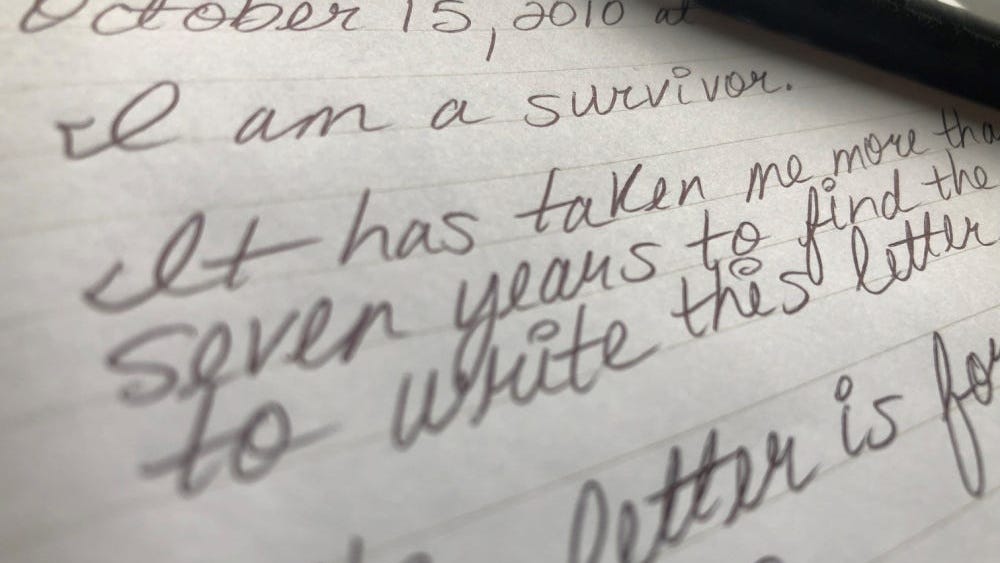