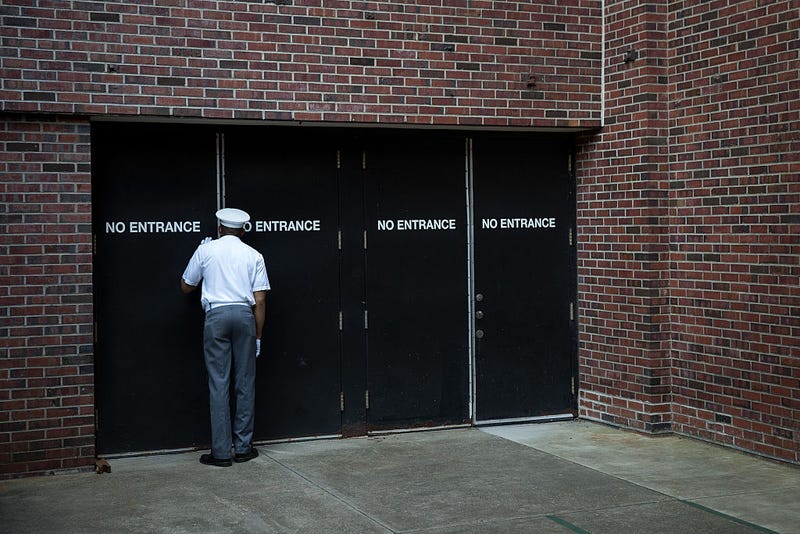 As civilian students at universities across the country travel for Thanksgiving break, restrictions at military academies have prevented those students from doing the same.

The Centers for Disease Control and Prevention has repeatedly cautioned Americans from traveling for the holiday as cases of COVID-19 continue to rise. However, while the CDC can only recommend and suggest restricting travel, the academies can impose actual restrictions.

West Point, the Naval Academy, and the Air Force Academy are all requiring students to stay on campus throughout the duration of what would normally be university Thanksgiving break. The Coast Guard Academy, like many civilian universities, is allowing its students to head home for Thanksgiving -- and not letting them come back.

Unlike civilian universities, online learning was largely unavailable to students attending military academies. The Air Force Academy brought its entire 4,400-strong student body back to campus for the fall 2020 semester. The Naval Academy did similarly and is requiring its students to stay on campus through the Army-Navy football game on Dec. 12.

Many civilian universities have cautioned their students against traveling. Others are allowing students to leave for Thanksgiving but not allowing them to return, instead hosting final exams online. Others still are hosting final exams online, but allowing students to return to campus if they do not have alternative living arrangements. Many schools are requiring some combination of pre- and post-break COVID-19 testing.

According to Inside Higher Ed, universities are altering instructional plans at the highest rate reported since the beginning of the pandemic. But have these changes helped?

The Air Force Academy reported a 1% COVID-19 positivity rate at the end of October compared to the roughly 7% positive rate of the surrounding Colorado Springs area, according to the Air Force Academy’s regular update suggesting that -- at least for the Air Force -- restrictions are keeping infection rates lower than within the civilian population.

For those students required to stay on campus for Thanksgiving, schools are offering special meals and local leave allowances. No academy is currently allowing family or friends to visit campuses.

As of this week, the United States had reported 12.7 million COVID-19 cases. Infection rates are expected to spike following Thanksgiving as they did following the Fourth of July, Memorial Day and Labor Day holiday weekends.