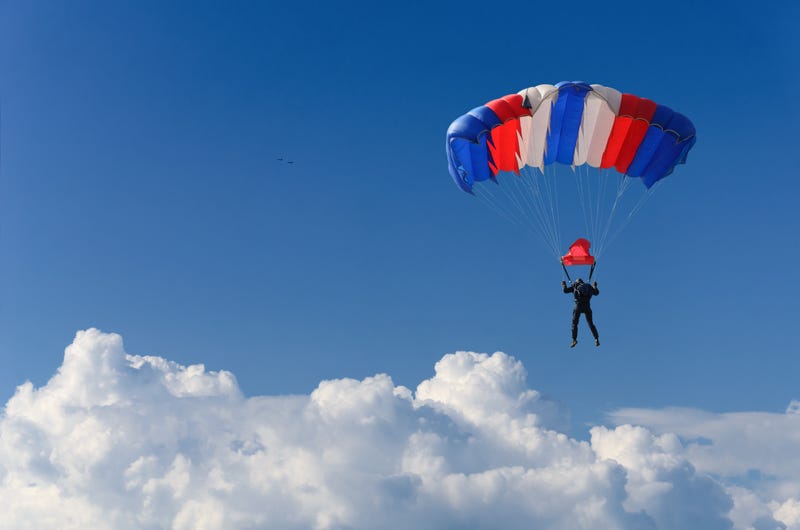 GARDNERVILLE, Nev. (AP) — Soon-to-be centenarian Charlie Montanaro says he’ll be celebrating the milestone by jumping out of an airplane.

“I flew airplanes for years,” the World War II veteran told The (Gardnerville) Record-Courier. “I guess I’ll try jumping out of one.”

The trip was organized by the Honor Flight Network, which works to provide special opportunities for U.S. veterans.

The former machinist and merchant mariner was born in Cleveland but he said he didn’t spend long in the Buckeye State.

He was raised in the Midwest, mostly in Iowa and Illinois. He first set eyes on the Silver State in 1932 on vacation with his family where they saw Hoover Dam under construction.

Montanaro was a civilian worker at the Naval Gun Factory in Washington, D.C. He transferred to North Island in San Diego, which is where he was when the war broke out.

Because he was partially color blind, he joined the Merchant Marine, where he served on four supply ships during the war.

“I was always in the engine room,” he said. “Our main job was that we were the supply line. We kept the Navy in toilet paper. I went and fortunately I came back and that was it.”

He mustered out in 1946 and took up his former profession. He also took flying lessons and received his pilot’s license, which is still good.

“Nobody ever believes me, but I led a good clean life,” he said.