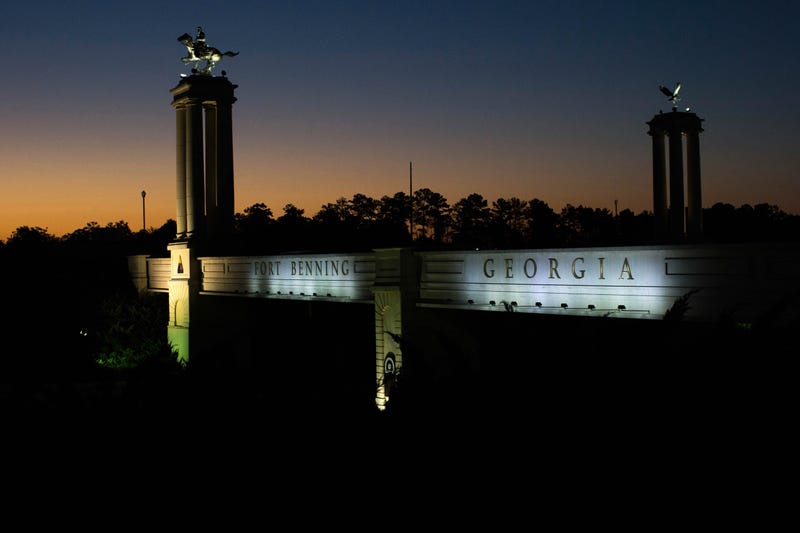 WASHINGTON (AP) — An annual defense policy measure that has passed Congress every year since the Kennedy administration is in danger of cratering next month over a move by Democrats to rename military bases, such as Fort Benning, that are named after Confederate officers.

President Donald Trump opposes renaming bases like Fort Hood and has threatened to veto the popular measure over the provision, which was added to both the House and Senate versions of the so-called defense authorization bill this summer.

Republicans are vowing they will not send the broader bill to Trump if it includes language requiring bases named after Confederate officers to be renamed. Trump used the debate this summer to appeal to Southern voters nostalgic about the Confederacy, and those appeals remain relevant now due to two Senate runoff elections in Georgia that will determine control of the chamber during the first two years of President-elect Joe Biden's tenure.

“I am concerned that there is at least the potential that political concerns, especially with the Georgia runoffs, are going to play a bigger role," said top House Armed Services Committee Republican Mac Thornberry of Texas. “I have no doubt that we can reach an agreement. The question is whether the politics above us will allow us to."

Senate Armed Services Committee Chairman James Inhofe, R-Okla., is strongly backing Trump, aides involved in the talks say. But Democrats, who won GOP support in both the House and Senate to force the renaming of the bases, vow they will not back down. Typically, when both House and Senate versions of legislation contain comparable provisions, the default position is to leave the language in the final product. The differences between the House and Senate provisions are relatively modest.

“It's Senate language that we want to agree to," said House Armed Services Committee Chairman Adam Smith, D-Wash. “So there shouldn't be controversy here." He called Trump “a little bit erratic at the moment."

“It is imperative that the conference report include provisions that secure this essential priority," said Pelosi. “Our bases should reflect our highest ideals as Americans."

The bill has to pass next month to avoid breaking a 59-year streak of enacting the annual measure, which sets policy across the Pentagon and puts lawmakers on record behind a 3% automatic pay raise starting Jan. 1, among its other provisions.

White House chief of staff Mark Meadows has even floated the idea of a tradeoff in which Trump would sign the legislation containing the Democratic language in exchange for repealing so-called Section 230, a legal shield for social media outlets like Facebook that protects websites from liability for content posted on their sites. The New York Times first reported Meadows' attempt at deal making, which was confirmed by a Democratic aide who requested anonymity because the negotiations are occurring behind closed doors.

Both the House and Senate defense measures passed by veto-proof margins but GOP leaders want to avoid the chances of a veto coming to pass. Either way, the issue seems to be a loser for Georgia's Republican senators, David Perdue and Kelly Loeffler. Breaking with Trump to override the veto could mean a loss in support among core GOP voters, while standing in favor of keeping the base names could drain support from independents.