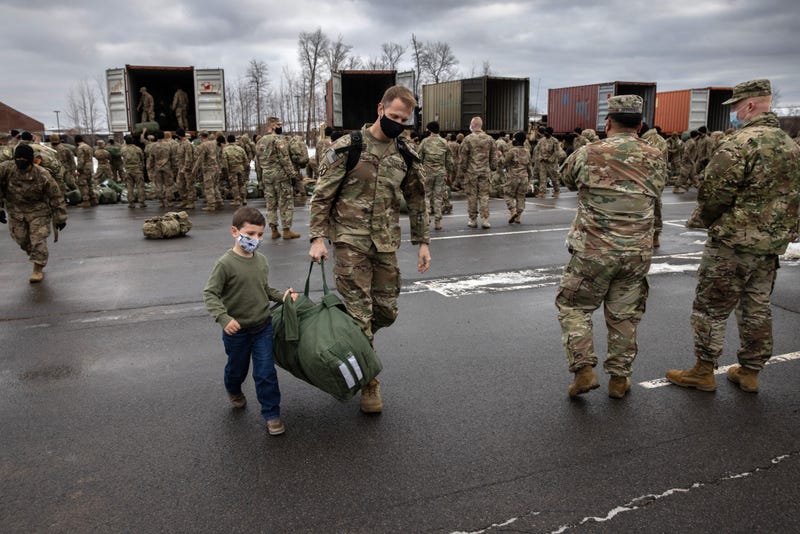 The number of U.S. troops in Afghanistan dropped to 2,500, as directed by President Donald Trump, Acting Secretary of Defense Christopher Miller announced Friday.

The drawdown brings U.S. forces in the country to their lowest levels since 2001, Miller said.

"Today, the United States is closer than ever to ending nearly two decades of war and welcoming in an Afghan-owned, Afghan-led peace process to achieve a political settlement and a permanent and comprehensive ceasefire," Miller said in a statement.

A force of 2,500 is enough to "keep America, our people and our interests safe," Miller continued, and said the nation is still dedicated to its counterterrorism mission and training and assisting the Afghan Security Forces.

"Continued fulfillment of these two complementary missions seeks to ensure that Afghanistan is never again used to harbor those who seek to bring harm to the United States of America," Miller said.

The plan is to further reduce U.S. troop levels in the country to zero by May, Miller said, but any such future drawdowns remain "conditions-based."

Force levels in Iraq have also been reduced to 2,500, Miller said -- "reflective of the increased capabilities of the Iraqi Security Forces."

"We have long anticipated that the force level required to support Iraq’s fight against ISIS would decrease as Iraq’s capability to manage the threat from ISIS improves," Miller said. "Our ability to reduce force levels is evidence of real progress."

The Iraq drawdown is consistent with a transition for Operation Inherent Resolve from major combat operations "and does not equate to a change in U.S. policy," Miller said. "U.S. and Coalition forces remain in Iraq to ensure the enduring defeat of ISIS."

Pentagon officials said the drawdowns are in compliance with the 2021 National Defense Authorization Act, which placed strict limitations on troops withdrawals. The NDAA required a report to congressional committees on drawdowns and their national security risks and effects before the Pentagon could move forward and use any appropriated funds to reduce the force in Afghanistan below 4,000.