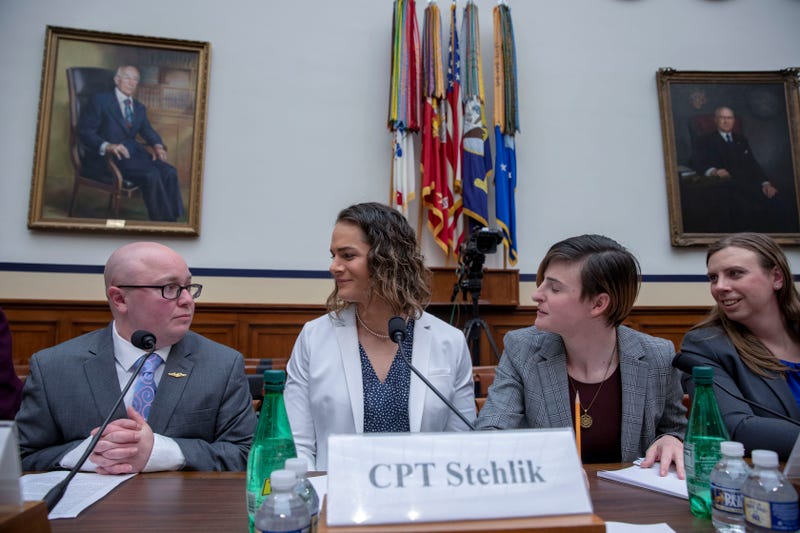 President Joe Biden today signed an executive order lifting the Trump-era ban on transgender service members. The reversal of the ban was among Biden's campaign promises and has been long-awaited by the LGBTQ+ community.

"The All-Volunteer Force thrives when it is composed of diverse Americans who can meet the rigorous standards for military service, and an inclusive military strengthens our national security," a White House release states. "President Biden believes that gender identity should not be a bar to military service, and that America’s strength is found in its diversity."

The fight over transgender military service began in 2017 with a tweet from Donald Trump, and the ban on transgender military personnel went into effect on April 12, 2019. Under the ban, individuals who had been diagnosed with gender dysphoria were not able to join the military. Anyone who hoped to join the service was required to do so under the sex they were assigned at birth. Current service members were unable to transition genders.

Now, Biden's order has lifted the ban and directs the secretary of defense and secretary of homeland security with respect to the Coast Guard to "take all necessary steps to ensure that all directives, orders, regulations, and policies of their respective departments are consistent with this order."

The order also includes provisions for leadership to immediately begin identifying and examining the records of service members who were involuntarily separated, discharged, or denied reenlistment or continuation of service on the basis of gender identity or under circumstances relating to gender identity. Those records will be corrected to reflect Biden's most recent order.

Within the order, the Biden administration cites several studies supporting their policy decision. A 2016 Department of Defense study "found that enabling transgender individuals to serve openly in the United States military would have only a minimal impact on military readiness and healthcare costs." The 2018 testimony from military chiefs established that there were no "issues of unit cohesion, disciplinary problems, or issues of morale resulting from open transgender service." And a former surgeon general provided in 2018 that "transgender troops are as medically fit as their nontransgender peers and that there is no medically valid reason -- including a diagnosis of gender dysphoria -- to exclude them from military service or to limit their access to medically necessary care."

“I support the president’s plan… to overturn the ban," Austin said during the hearing. "I truly believe … that if you’re fit and you’re qualified to serve, and you can maintain the standards, you should be allowed to serve.”

Now that Biden has signed the order, Austin's sentiments remain the same.

"This is the right thing to do. It is also the smart thing to do," a statement from Austin on the signing of the order reads.