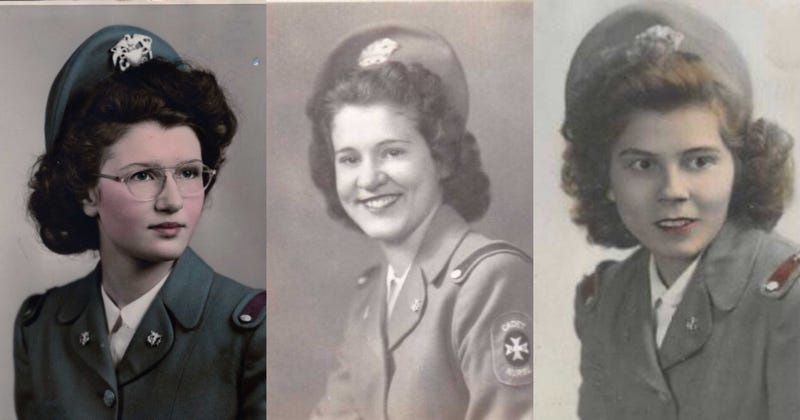 Nearly 120,000 women served in the Cadet Nurse Corps during World War II. Congress has weighed providing those women veteran status for at least two years in a row, and once again, it appears lawmakers will fall short.

It's unclear how many Cadet Nurses are left more than 70 years after their service ended, but the families of more than a dozen reached out to Connecting Vets to tell their stories.

Grace Ann Malloy was born in 1927 in Freeland, Pennsylvania, the oldest of seven children. After graduating from high school in 1944, she began nursing school and became a member of the U.S. Cadet Nurse Corps in 1944 at 17.

While she was training, her high school sweetheart and future husband, Edward Carr, was serving in the Army in Japan and Philippines, her daughter Eileen Williams told Connecting Vets. When the cadets' service ended in 1948, Malloy married Carr but continued working at Sacred Heart Hospital, taking only maternity leave for each of her five children until 1965, and continuing to work in medicine until she retired in 1992. 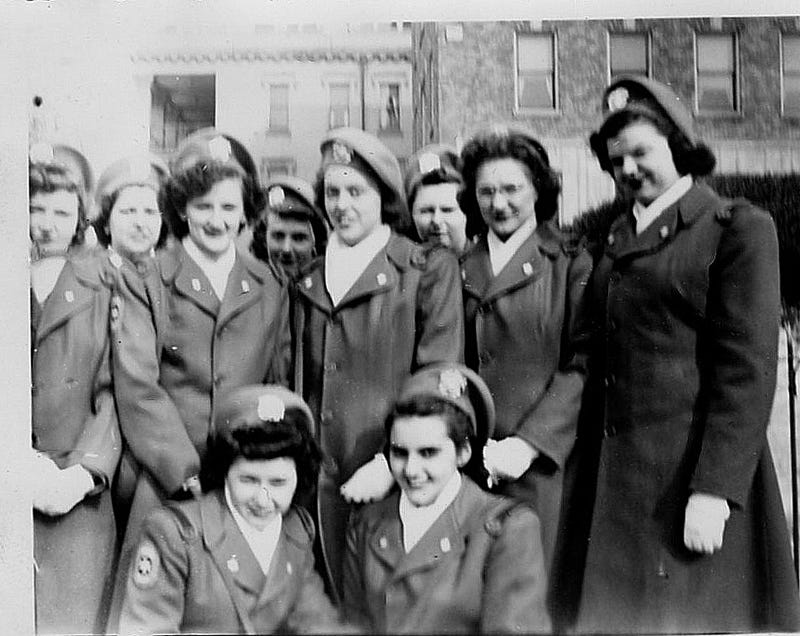 WWII saw a severe shortage of trained nurses, which threatened the United States' ability to meet medical demands, both domestic and for deployed service members.

In response, Congress on July 1, 1943 established the Cadet Nurse Corps, an integrated, uniformed service of the Public Health Administration. The women of the corps would go on to serve in the military, VA and private hospitals and in public health agencies until the program ended on Dec. 31, 1948.

Mary Catherine Wallace, of Ellerbe, North Carolina, joined the Corps in 1944, working in Tennessee and Asheville, North Carolina. When the service ended with the war, she continued working as a nurse in Asheville before marrying Max Gilliland, a sailor stationed in Maryland, her daughter Judy Knapp said. She worked in a children's hospital in Washinton, D.C., and photos of her appeared in Life Magazine when she cared for a severely burned child.

Edna Stowell joined the Nurse Cadet Corps right out of high school. It was 1945 and she was 17. She met her husband, Robert Kornbau, while completing her Cadet Corps' nurse training at F.F. Thompson Hospital in his hometown of Canandaigua, New York. He was a sailor who left the Navy as a seaman first class, a radioman, in 1946, her son Richard Kornbau told Connecting Vets.

Iris Wells joined the corps at Virginia Mason Hospital in Seattle in 1944, and cared for service member's families stateside while other doctors and nurses were deployed, said her son Chris Van Ackeren.

Daisy Slyfield Quirk grew up in Detroit and without funds for higher education, was looking for a career to support herself. A young wife when World War II erupted, she wanted to serve her country, so she joined the Corps. She served in the Henry Ford Hospital in Detroit, her friend Lorraine Dunlop said.

Now, Carr is 93, Stowell is 92, Wells is 94, Edler is 95, Quirk is 95 and Wallace has since passed. Their families and friends, along with others who reached out to Connecting Vets, were hoping to see the women recognized for their service by Congress this year. Unfortunately for the former cadet nurses and their comrades, that looks unlikely to happen for the second year in a row. 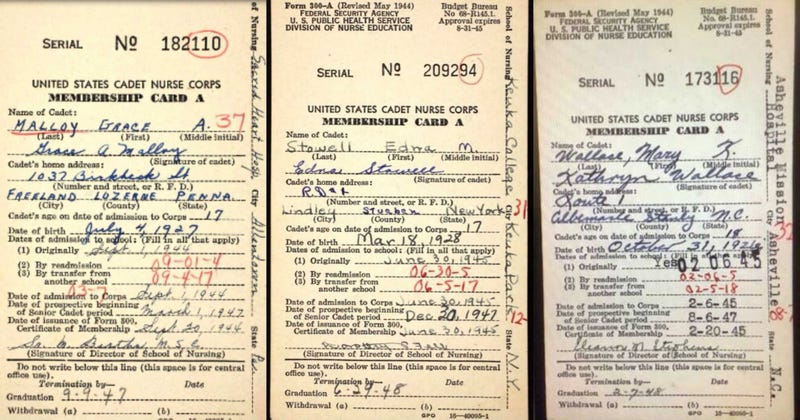 Sen. Elizabeth Warren, D-Massachusetts, originally filed a bill to provide veteran status to the women of the WWII Cadet Nurse Corps. That bill was then folded into a draft of the massive annual National Defense Authorization Act (NDAA), a must-pass omnibus legislation package that authorizes spending and some policy for the Defense Department. Since the bill is one of those all but guaranteed to pass in recent years, it's prime real estate for major military and veterans legislation.

But as the 2021 NDAA moved through Congress this year, the Cadet Nurse provision was stripped out.

Warren's staff blamed Senate Republicans for not supporting the additional funds it would take to provide benefits for Cadet Nurses, which meant the NDAA moved forward without the measure. Warren's staff siad they hope that the standalone bill could pass on its own, starting with the Senate Veterans Affairs Committee, where Sen. Jerry Moran, R-Kansas, the bill's cosponsor, is chairman, and ranking member Jon Tester, D-Montana, has also voiced his support.

The bill would have required the Pentagon to consider the service of women who served in the corps from July 1, 1943 to Dec. 31, 1948 "active military service" and no later than a year after the bill became law, the Secretary of Defense would be required to issue each member of the Cadet Nurse Corps an honorable discharge. That recognition would then qualify Cadet Nurses for burial benefits, medals and other commendations, but not for major veteran benefits such as Veterans Affairs pensions or health care provided to other vets.

A similar measure was also left out of the 2020 NDAA.

Congressional staff told Connecting Vets the measure was not included in either final versions of the NDAA for the last two years because of concerns about the cost of providing benefits to the remaining Cadet Nurses. Those staffers are not being named because they were not authorized to speak publicly.

Congress already passed the 2021 NDAA out of both chambers with veto-proof majorities, but President Donald Trump has threatened to veto the bill regardless over unrelated concerns regarding military base renaming and other issues.

“We prevented a total collapse of the health care system," Cadet Nurse Elizabeth 'Betty' Beecher, 94, said. "Had we not stepped up and volunteered and enlisted in the Corps, I'm afraid the country would have been demoralized and our boys would have come home to a sick country." Beecher trained to become a corps member in Boston, then served as a nurse at a Staten Island, N.Y. marine hospital during WWII.

"She has been hopeful someday the Nurse Corps would be recognized as veterans," Chris Van Ackeren said of his mother, Iris Wells. "In her case the war was over before graduation, but she served nonetheless, taking care of servicemen's families while most of the normal doctor and nursing staff was off to war."

Williams said her mother's service, and that of other Cadet Nurses, is an "overlooked part of history."

"She would be so happy to hear that she was considered a veteran," Judy Melchert said of her 93-year-old Cadet Nurse mother, Marjorie L. Kelley.

Rosemary Hyatt's 97-year-old neighbor Gail Hunter is also a Cadet Nurse and her husband served in the Army.

"It's such a shame that most of those Nurse Cadets will probably never live to see a change in their status," Hyatt said.