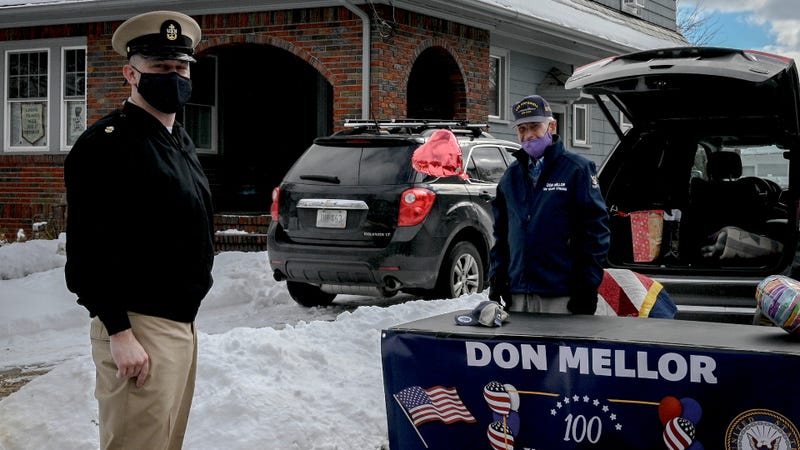 Mellor joined the Navy in 1943 as Fire Controlman was attached to the Fletcher-class destroyer USS Hopewell (DD 681). His ship was hit by enemy fire and lost 17 Sailors during the war.

"In combat, you will realize how important it is to respect your leaders," said Mellor. "You become extremely close…even closer than my friends I grew up with."

Naval Station Newport was once the homeport for Cruiser Destroyer Force Atlantic near Mellor's home, a source of inspiration for Mellor.

"I had seen pictures of destroyers and thought it would be interesting to join the Navy and see the world," said Mellor. "I made lifelong friends and continued to see them for many years after our service. I'd sign up tomorrow if I could pass the physical."

Chief Gas Turbine System Technician (Electrical) Scott Dixon, from New Bedford, Massachusetts, said he had a deep appreciation for Mellor's service, having served on a destroyer and following a family history of military service himself.

"Meeting him was great," said Dixon. "His generation sacrificed everything to make our lives better today. They don't make them like they used to."