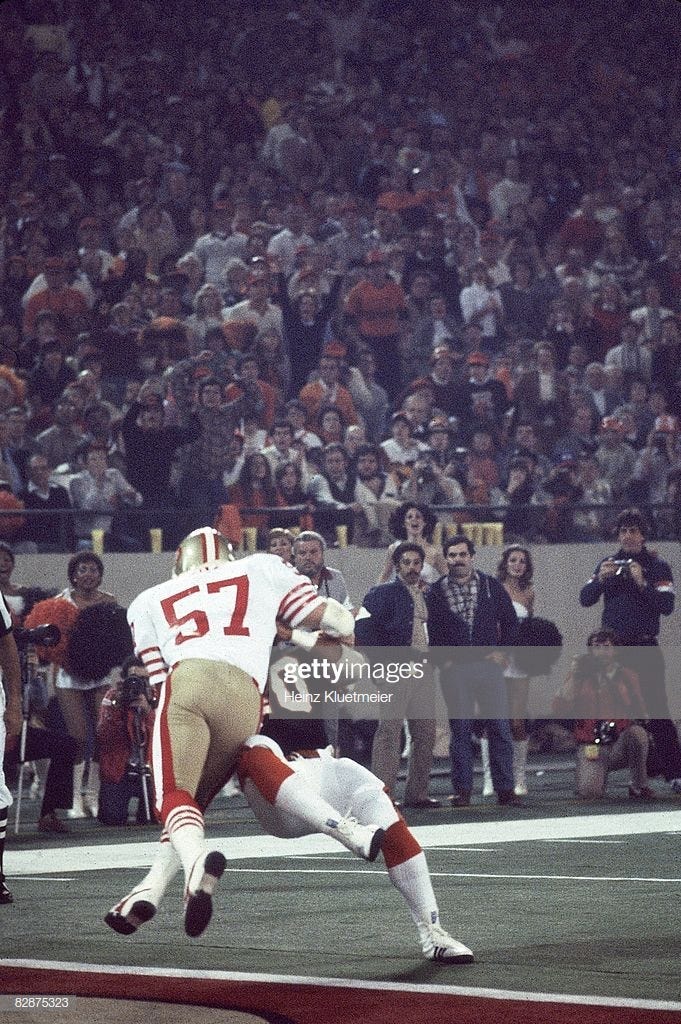 In Super Bowl XVI (January 24,1982), Dan Bunz made one of the most famous tackles in NFL history.

With the 49ers heading to the NFC Championship, it was great timing to have Dan, a life long Nor Cal native, stop by for a podcast interview! 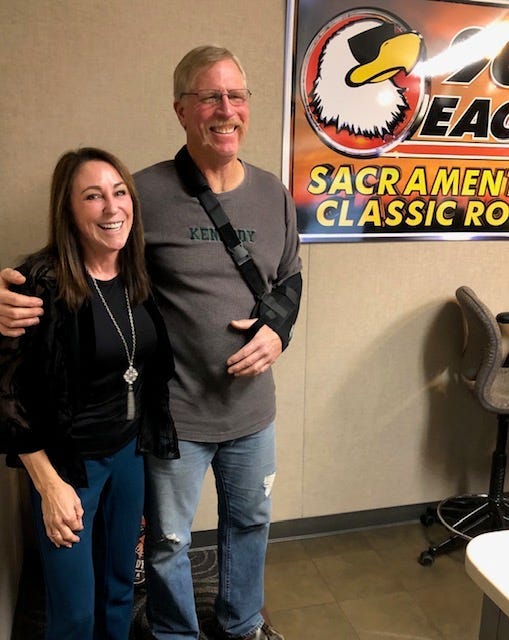 As Alumni Coordinator, Dan continues to have a relationship with the Niners. Injuries from his days on the field continue to bother him (note the recently operated on shoulder in sling). Listen as Dan lists the crazy similarities between the team then and now. And even though all 49er fans know about "The Stop,” there's nothing quite like hearing about it from the guy who made it.