It feels like Mick Jagger is no normal man. The Rolling Stones frontman is a rock and roll legend who has constantly turned heads throughout his nearly six decade career. Even the granting of his knighthood wasn’t without controversy, with the Queen, who he once called “Chief Witch,” skipping out on his honorary ceremony.

But behind Jagger’s on-stage magnetism and bad boy image, there is a guy who likes to hang out with the fellas and has to wait around at airports like everyone else. Below are six times the rock star has been out in the wild, doing regular guy stuff just like the rest of us. Because even Rolling Stones have downtime too. 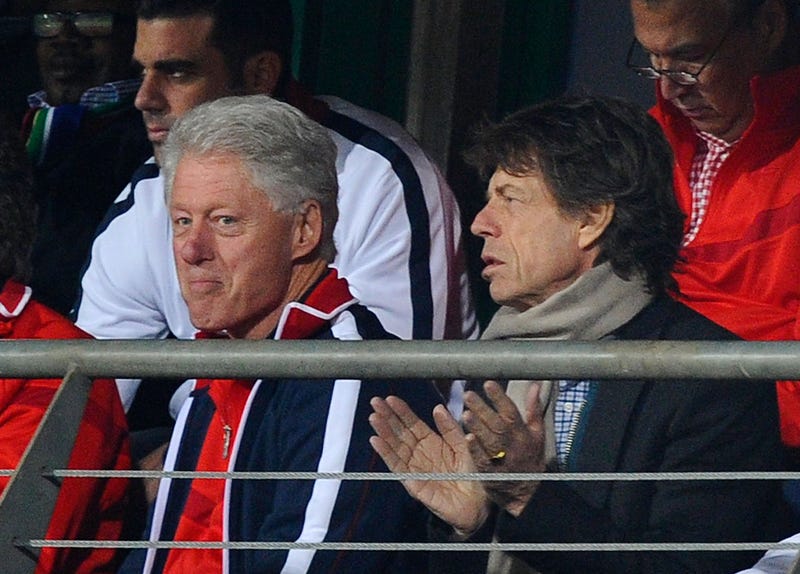 That time he went to the game with his buddy.

After a long week at the office, there’s nothing like unwinding by watching the game with the boys. Okay, maybe most of us aren’t hitting the seats at a US vs. Ghana World Cup game with a former president. But we’ve all said “How’d they miss that one?” when our team botches a play, and get a shrugging look from our pal like the one Bill Clinton gives Mick here. 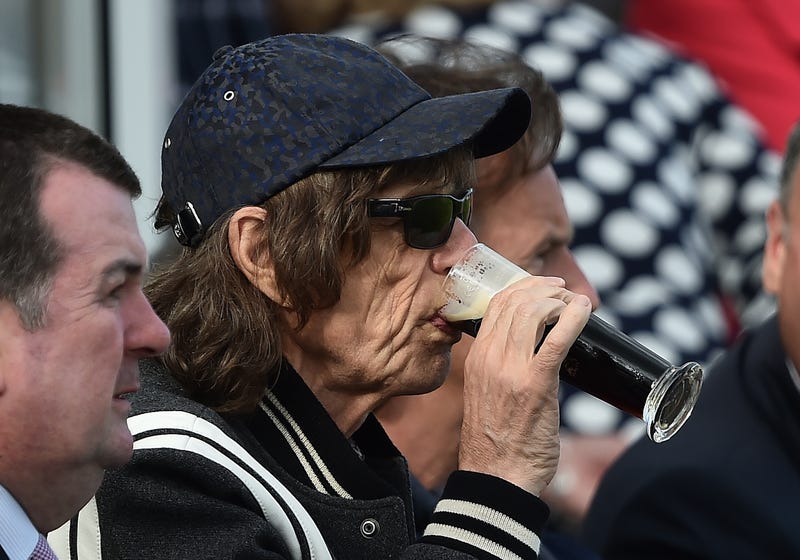 That one time he needed a cold beer.

When he was being a dorky dad on Instagram.

Few rock stars are cooler than Mick Jagger, and few dads are dorkier. Last year, Jagger made the rounds when he got active in his son Lucas’s comments section on Instagram. With messages that sound like they’re written by a parent who just got Facebook in 2017 -- including “Watch out for the water,” “Cool pic,” and “Looks like fun. Ha!” -- it’s hard to tell if Jagger was trolling, or genuinely enjoying pics of his son’s weekend cabin trip. 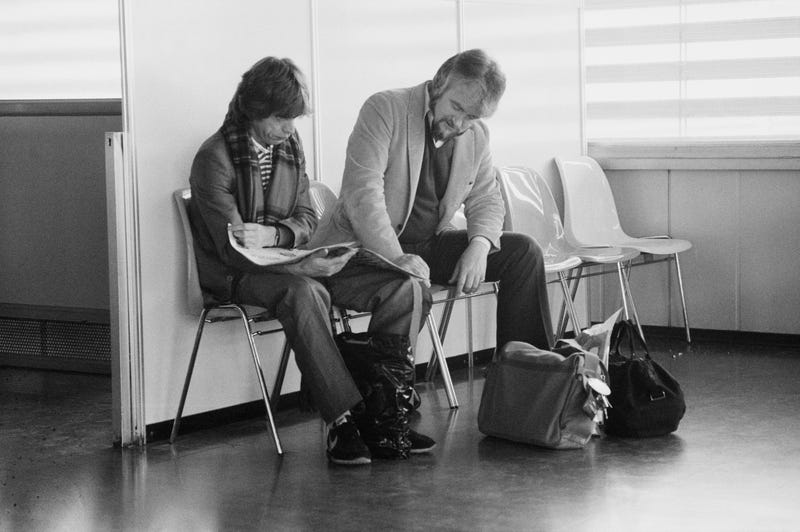 That one time he was bored at Munich Airport.

Delayed? Again?? Everyone who’s ever flown knows the tedium of the dreaded, never-ending airport wait. Even Mick couldn’t avoid it during one of his career peaks. His resigned thumbing through a magazine at Munich Airport perfectly captures the mind-numbing boredom we’ve all endured during a delay. The pic is from 1982, so at least he didn’t need to worry about finding a charging station for his phone. 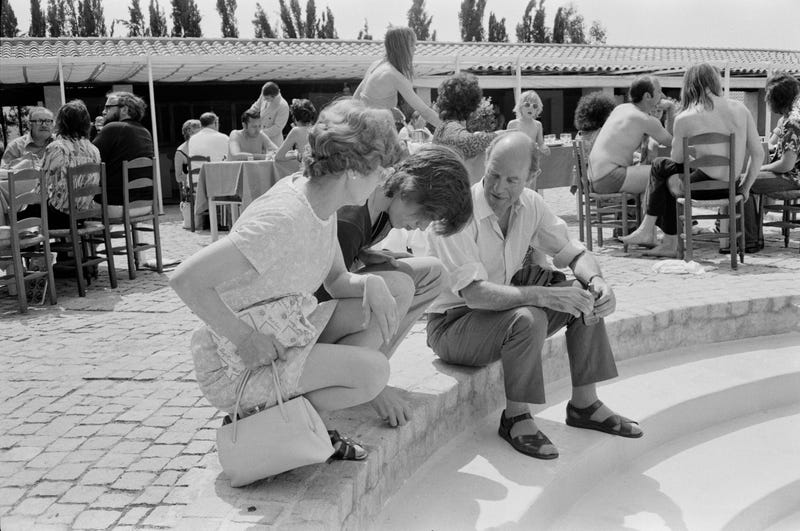 When his parents got on his case in St. Tropez.

Mom, Dad, you’re embarrassing me. This picture with his parents Eva and Joe was taken at Jagger’s 1971 wedding with Bianca De Macias in St. Tropez, France. But you’re never too old to hang your head and squirm when your folks sit you down and tell you “You’re not a kid anymore. It's time to grow up.”

When he really needed some chocolate.

Learning about Mick Jagger’s vices will make your head spin. His biggest one? Okay, it’s probably not chocolate. But even he couldn’t resist popping in and looking around at Maison Bigot, a historic chocolatier in Amboise, France.