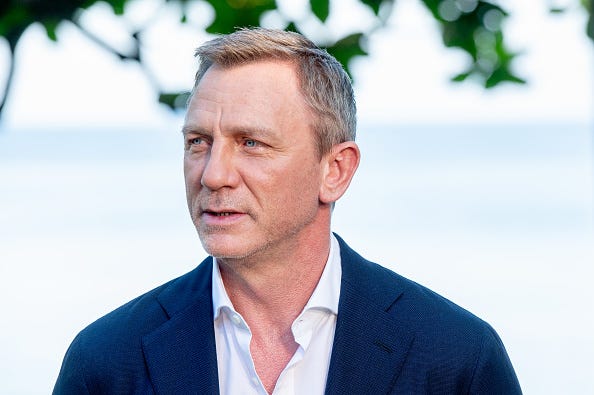 James Bond is dressed to kill in the new poster for the latest film in the 007 franchise, “No Time to Die.”

The striking image features Daniel Craig, who returns for his final outing as the British Secret Service agent, decked out in a slick black tuxedo while staring intently out to something out of frame, reported The Hollywood Reporter.

In addition to being the 25th film in the series, “No Time to Die” will also be Craig’s fifth and last outing playing Bond.

While the plot of the latest installment has been kept under wraps, all that’s been disclosed is when the movie opens, Bond has left active duty and is enjoying his new life in Jamaica. But he’s soon drawn back in to try and find the whereabouts of a missing scientist and track down a a dangerous new villain.

The film recently wrapped production after suffering several on-set misfortunes. A crew member was hurt following a minor explosion in London, while Craig had to undergo surgery after injuring his ankle while shooting in Jamaica.

The 51-year-old is the sixth actor to play the iconic spy after following in the footsteps of Sean Connery, George Lazenby, Roger Moore, Timothy Dalton and Pierce Brosnan.

There has been much speculation as to who will next inherit the role with Idris Elba, “Game of Thrones” star Richard Madden and Tom Hiddleston all having their names thrown in as possible contenders.

While others have advocated for a woman to take the reigns as the next Bond, “Captain Marvel” star Lashana Lynch is rumored to have taken over the Agent 007 moniker in the beginning of the latest film as Bond very briefly enjoys life in retirement.