Despite coronavirus surges across the United States, millions continue to travel.

Officials in the transportation industry worldwide continue to look for ways to keep passengers and crew members safe on airplanes.

According to CNN, the Civil Aviation Administration of China, otherwise known as CAAC, released new rules for the country’s airline industry.

The document is called Technical Guidelines for Epidemic Prevention and Control for Airlines, Sixth Edition. When reading the guidelines, officials have provided best practices for hygiene to stay safe on an airplane and in airports.

Specific guidelines include washing your hands and wearing a face mask, but one of the many suggestions may seem a little bizarre.

Personnel, like flight attendants, have been advised to wear disposable diapers, so they don’t need to use the bathroom on an airplane.

The next sentence reads: “It is recommended that cabin crew members wear disposable diapers and avoid using the lavatories barring special circumstances to avoid infection risks.”

While it may seem strange, in June, a new study by a team at Yangzhou University in China found that putting the toilet lid down before flushing may prevent the spread of COVID-19. 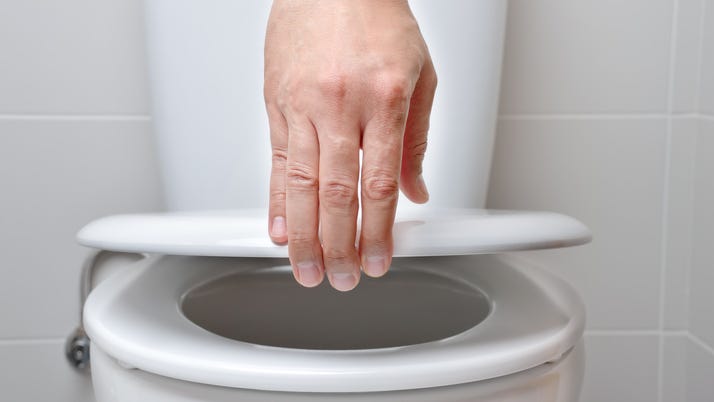 A computer model showed that flushing causes a cloud of little particles containing fecal matter to get sent nearly three feet into the air after using the toilet. These fecal matter particles may include the novel virus and may linger long enough for the next person to inhale or land on shared bathroom surfaces.

music
Nick Jonas’ next solo album is full of 'love letters' to Priyanka Chopra
music
Blake Shelton shares which 'The Voice' coach he wants to sing at wedding to Gwen Stefani
sports
NCAA Tournament odds: Will Ohio State be a No. 1 seed?
music
Kenan Thompson says Alex Trebek was a big fan of ‘Black Jeopardy!’ on ‘SNL’
music
Luke Bryan feels deluxe album tells 'a great story of where I'm at in my career'
sports
NBA player props: 3 best bets for Friday, February 26