An Ohio man found his “purr-fect” match after adopting a cat from the shelter.

Larry Scott and his wife decided to add a new member of the family after their cat of 20 years passed away in May.

When Larry’s wife saw the one-eyed kitty, she knew it had to be theirs as Larry lost his eye in a car accident back in 2015.

"Really, we weren't looking for a one-eyed cat, my wife was just like 'look at this, we have to adopt him' and I was like 'okay'," the 62-year-old told PEOPLE.

Ohio Man Who Lost His Eye in an Accident Rescues One-Eyed Cat: 'We Have to Adopt Him'​ https://t.co/tvEhEZdiYY

The three-month-old kitten reportedly arrived at the shelter very sick and with an eye infection, which resulted in his eye having to be surgically removed.

The impaired vision hasn’t stopped either Larry or his cat from living their best lives. In fact, he said the cat is so active that he doesn’t think he’s aware of his disability. 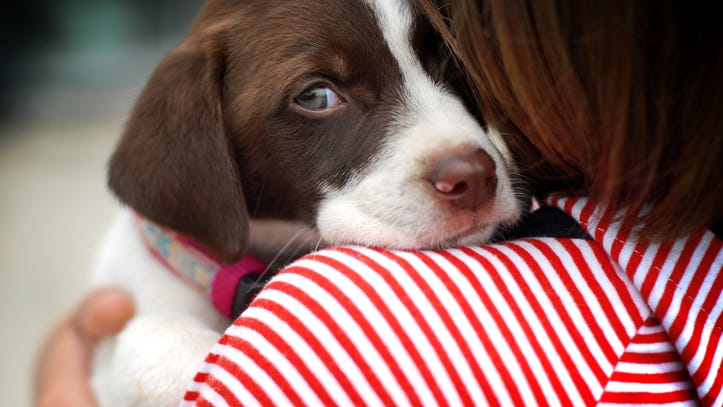 "This cat will play all day long, at three, almost four months, he’ll play like there's no more time to do it," he explained. "He doesn't know he only has one eye."

The couple has yet to pick an official name for their pet.

"She wants to call him Mr. Love, but I’m not going to call him that," Larry said. "I’ve been calling him Killer because he plays with every toy like he wants to kill it."

Larry, who survived multiple brain hemorrhages and had to re-learn how to walk, hasn’t had “Killer” for too long, but he’s enjoyed every minute they’ve spent together.

"He’s been a lot of fun," he said. "This Friday will be two weeks and he’s already very comfortable here."

Back in September, Bentley Boyers, a Michigan boy adopted a rescue dog that shared his birth defect; both were born with a cleft lip.