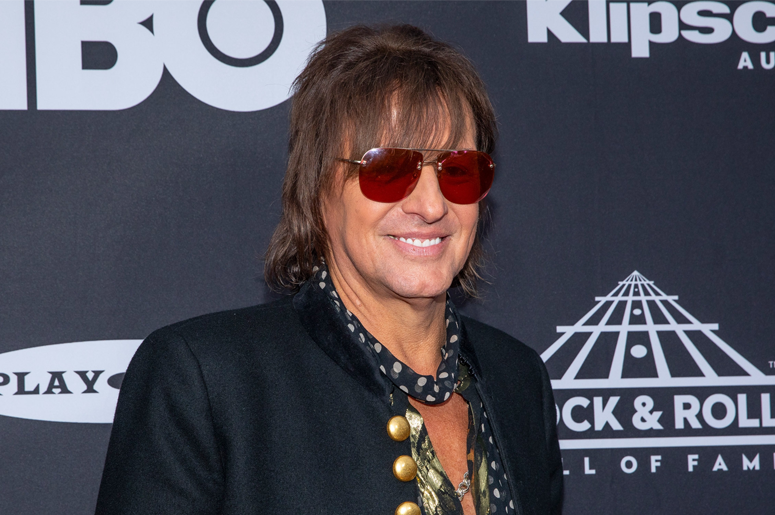 Parting ways with your uber successful long-standing band can’t be an easy decision to make. Yet, however hard, according to Richie Sambora, the choice was simple, as he reveals having “no regrets” with his decision to leave Bon Jovi back in 2013.

"It wasn't a popular decision by any means, obviously, but there was really almost no choice about it," speaking to People Sambora began to explain the reason behind his controversial decision. Noting, “I had a lot of conscious work to do around my personal life," ultimately choosing to put his his family and relationship with his daughter Ava, whose mother is the actress Heather Locklear, first.

"We've been through a lot of things together. That was a time of psychological maintenance for the family,” he told the outlet. "You know, I ain't no angel. But I realized, Ava needed me to be around at that point in time. Family had to come first, and that's what happened.”

Sambora, who overcame an addiction to painkillers and alcohol dependency after two stints in rehab, realized that In order for him to be there for his daughter, he had to first take time for himself, which he found difficult to do while maintaining the rock and roll lifestyle.

Even before his decision to leave the Bon Jovi, Sambora took his daddy duties very seriously, routinely flying home for quick visits rather than stay on location. "I love being a dad more than anything. Luckily I was making enough money to be able to have a private plane, get my a** home and see my kid even if it was only for one day. If it was Halloween, it was boom, home."

In hindsight, Ava, now 23, says those gestures meant everything to her. "He showed up to every dance recital I performed in and all of my school functions no matter how far he had to travel,” she gratefully expressed. ”He even flew all the way from Australia to surprise me at my father-daughter dance.”

Ultimately, Sambora said that his decision to settle down into a normal life in California, deepened his bond with Ava, just as he’d hoped. "I'm lucky enough to have an amazing relationship with my daughter,” said Sambora, who now had the time to enjoy everyday parental tasks, like overseeing get-togethers in the backyard and driving his daughter to and from high school every morning.

”That's where the conversation went down. She was captive in my car for those 30 minutes. She couldn't get out," he says with a laugh as he recalls chats with his "smart and fun” girl. "You can find out what you needed to find out and see how she's feeling and all that kind of stuff. We've always had a very open, conversational relationship. I just said, 'Hey, you can tell me anything. I'm going to be on your side.’”

"I'm very, very proud of her and the way she turned out," said of Ava who is preparing for graduate school after graduating from Loyola Marymount in May. “She's an amazing young woman with a bright future. She's just dedicated to being a good person. And she is.”